You take an Atari 5200 cart that was never released, post "E.T." Henry Thomas, Dabney Coleman, add a little Espionage, and what do you get? A kick a
By Lucas2600b
On 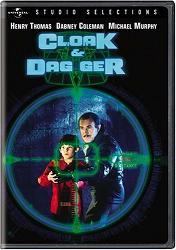 Ahh yes, one of my favorite movies from the 80's. Starring Henry Thomas(E.T.) and Dabney Coleman(Wargames, Tootsie). you know that you're bound for classic 80's goodness just by looking at that cover. I must say that it has held up through the years, it definitely holds your attention throughout the film. For those that remember it - the main thing you'll remember is that the story rotates around an Atari 5200 cartridge! If there is anything kids loved more than sci-fi/fantasy in the 80's it was videogames! Now let's get down to the memorable points in the film.

It opens quite classically with Jack Flack (Dabney Coleman) doing his spy thing, and kicking some ass. Okay, so where the hell does this dodecahedron die come from? was Andre the Giant nearby playing some D&D? It smoothly transitions into Davey (Henry Thomas) Playing a spy themed board game where he is holding a game piece that resembles Jack Flack - This clearly indicating that Jack is purely part of Davey's imagination.

Davey and his friend Kim are seen hear hanging out with the local Gaming store nerd, Morris. This opening scene includes all kind of troll treat shots including an old Atari (400 I think?) Computer, Atari Kiosk (seen behind Davey), and the Cloak and Dagger cabinet (behind Kim, in the last shot). There's something special about seeing all of this Atari stuff on film when it was still in its prime.

The main thing I liked about this movie is the values that it teaches a kid. That there actually is violence and dangerous people in this world. It didn't hold back at all on violence, or seriousness in the right situations. These shots are right after Davey witnesses a murder and acquires the game from a man right before he dies (pretty intense!). The man explains that the cartridge is "special". He tries to explain the situation to his dad(also Dabney Coleman) when he gets home, and he just doesn't believe him. In again comes Jack Flack(If your confused yet, this is the alter ego of Davey's dad, in Davey's mind, yeah.. that works), basically a no frills ass kicking version of his dad that can take control of any situation.

Okay, when I was a kid my parents were somewhat protective so I was really jealous of Davey. He got to do anything he damn well pleased! After his dad wasn't willing to try to understand him it was off to the video game store to visit Morris. Morris discovers after playing the game a bit that it includes top secret Jet plane plans. Davey lets Morris keep the game for further research and figures that there would definitely be some bad guys after him now. Davey meets up with Jack and they grab a regular Cloak and Dagger cart to fool the bad guys. Now the story gets even more interesting...

This is when the craziness starts to happen. After leaving the game store Davey runs into this bastard who is after the game. Davey threatens to throw the game into a stream.

When Davey gets closer to the stream he notices that they have his best friend Kim on the cliff above him. Since he just has the regular cart, he of course takes the suave spy move and gives the bad guys the crap cart, and frees his girl.

A busted monitor, and no Morris!!!

Now here is where the movie gets even crazier. After sending Kim home to be safe, Davey heads back to the game store only to find..

Jack gives Davey a tip to check out a Caddy that could have Morris inside, and sure enough he's been killed and stuffed in the trunk!!!
Jack and Davey set out and per Jack's instructions Davey hops in the back with Morris to find out where the Bad guy's are hiding out, and to get the C & D cart back.

After getting out of the car after it stopped, and some moral support from Jack Flack to empower him, Davey runs into the same bastard that he ran into earlier. Jack acquires Davey a revolver and they send him into the river straight mobsta style. Now this is something you won't see in "Spy Kids". It was pretty adult themed for the time, let alone now. There will probably never be a movie like this one again, but is a good dose of reality for kids, it was definitely impacting when I first saw it.

Now those are just some of the key points in the movie, and don't worry that is not the end of this classic 80s flick, and I kept an entire portion of the film out so this wouldn't be a spoiler. Hope it brought back some memories for people.


Now onto some "Cloak and Dagger" ATARI game info... 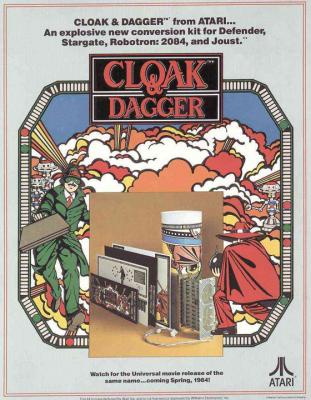 Don't get your hopes up, the actual cartridge never made it into production but there was an arcade game made! In the above arcade flyer you can see that there isn't a familiar cabinet pictured but rather a kit. Now this is very common in later JAMMA arcade games, but this is one of the only ones by Atari that runs off of another manufacturer's hardware. You will recognize the sprites below do resemble the Williams' games of the era (it runs on Robotron hardware), and the game screens are in the film! The developer (Rusty Dawe) set up the arcade hardware to run on a tv, and it is actually him playing the game in the film shots! Now we can play this on our computer's with some perfectly legal sofware :) 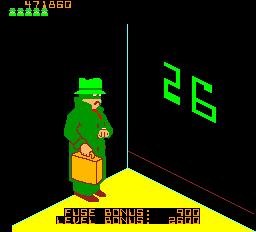 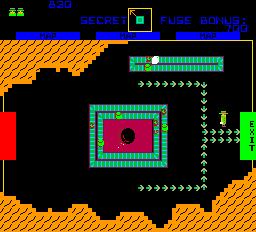 As a final push for you to see the film again, there's gun's, cigarette's, murder, and many other kid's movie appropriate stuff in there, needless to say, they don't make 'em like they used to. I wish they made a console version of the game, but what are ya gonna do. At least we can play this on our computer's with some perfectly legal sofware/roms :) The Tramiels owned Atari at the time, and while a tie in would be beneficial, they were focusing on the Atari computer line at that time.
This is my first article, and I plan to write a few more, hope you enjoyed it!
2
Login To Vote!
More Articles From Lucas2600b 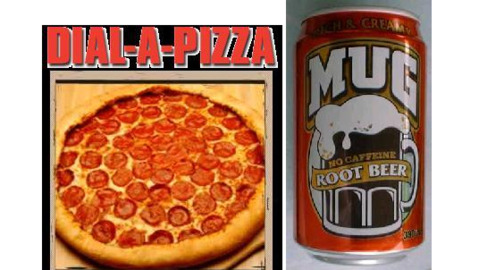 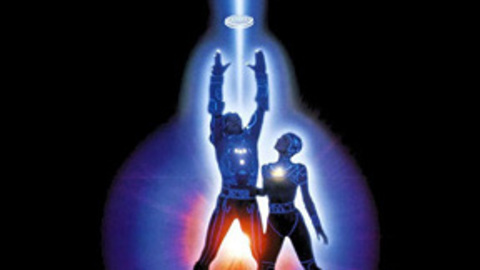