A Talk With Jade Starling

A quick interview with the lead singer of 80s group Pretty Poison...
By Caps_2-0
On
I've enjoyed the music of Pretty Poison for years now. I can recall purchasing one of their cassettes back in the year 2000, and listening to it with my best friend.

I'm always interested in doing interviews with retro personalities, and I was recently able to procure an interview with Pretty Poison lead singer Jade Starling. 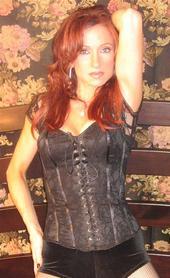 Shawn Winstian of Hydra Productions, who helped set up my Stacey Q interview in 2007, was instrumental in setting this up. I owe him a debt of gratitude. I would also like to extend my thanks to Jade for agreeing to this.

The RetroJunk Interview With Jade Starling

Caps: I've often-times screwed this up with my previous interview subjects, so I'll ask: When were you born?

Caps: Is Jade Starling your real name or is it a stage name?

Jade: Jade is real. Starling is not.

Jade: School days were fun. Partied a lot and wrote lots of songs with Whey Cooler (Writer's Note: He was one of the founding members of Pretty Poison).

Caps: What inspired you to join the entertainment business?

Jade: I got the bug at 5 years old. I use to do pageants when I was little and loved dancing, singing and entertaining a crowd. Always loved being in front of an audience.

Caps: Did Pretty Poison always have a dance music sound or did it start out with a different sound?

Jade: Pretty Poison started out as an underground alternative rock band and experimented with different sounds and beats. We evolved into a hybrid of rock, dance and soul.

Caps: As you're the head of one of the most noted freestyle outfits of the 80s, I would like to ask: What was the difference between the freestyle music of different parts of the United States back in the 80s?

Jade: We're not really a freestyle act, but some of our mixes lend themselves to that world.

Caps: Although I really enjoy the genre, I don't know why it's called freestyle. How did the name come about?

Jade: Freestyle was originally called Latin Hip-Hop. It started in Miami and NY in Spanish communities where singers would use "Planet Rock" as the instrumental for a freestyle vocal, meaning a vocal that was spontaneous. Not so unlike Freestyle Rap.

Caps: Pretty Poison's song "Catch Me (I'm Falling)" was used in the movie "Hiding Out". In the 00s, the appeals process worked to get Best Song nominations at the Oscars for Bird York's "In The Deep" from "Crash" and Glen Hansard and Marketa Iglova's "Falling Slowly" from "Once". Did you think of appealing the Academy Of Motion Picture Arts And Sciences to get "Catch Me (I'm Falling)" on the shortlist of Best Song nominees for the 60th Annual Academy Awards, or did it already make it there?

Jade: Hadn't thought about it, but will definitely check into it. 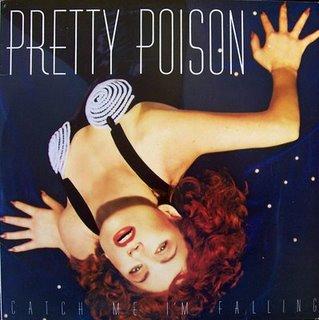 Caps: What was it like doing music for a movie ("Hiding Out") that was being released by a studio on shaky ground (DeLaurentiis Entertainment Group)

Jade: The song was already a hit before it was considered for the "Hiding Out" movie. Virgin Records presented the song to DeLaurentiis Entertainment Group and they thought it was perfect for the film.

Jade: I was a hot mess back then. I think I look better now.

Caps: On a similar tack, on VH1's "100 Greatest One Hit Wonders", host Judah Friedlander talked about how you dressed and complimented you by saying, and I quote, "Jade looked like a hot human cupcake". Do you take that as a compliment or an insult?
Jade: I thought it was great! He also singled me out as a One Hit Hottie and said "Heres to you, Jade Starling". LOL! We were on 12 times during the 5 hour countdown and our video for Catch Me was the first thing you saw on the opening of the show. #47 on the Top 100 Hits of the 80s. Not too shabby. 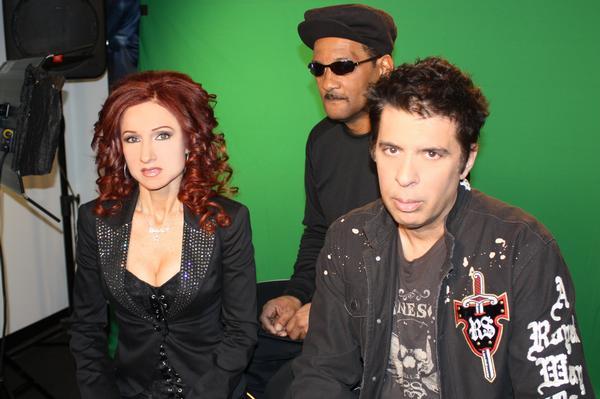 Caps: "Night Time" was another great track, so I figured: If someone were to make a music video featuring that song and set it to clips from a movie like, say, "Die Hard", would you object to it?

Jade: No, I would welcome the opportunity! 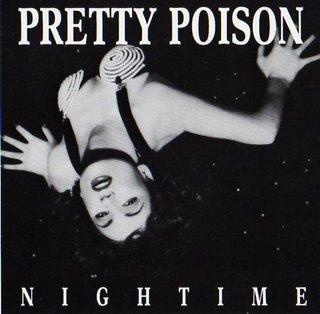 Caps: You've worked in both dance music and rock music, so which do you think has been more influential on music as it stands in 2009?

Jade: Our new single "F.L.G." is more Urban sounding and a complete departure from what we've been doing. It even features a female rapper named Asia, but the beat is fierce. There are dance remixes that would be available so we keep our club DJs happy. 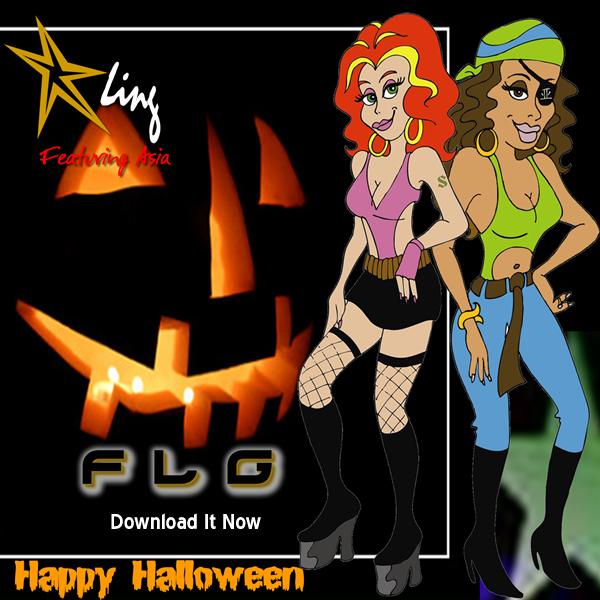 Caps: To go back to "Catch Me (I'm Falling)" and "Night Time" for a moment, Spanish versions of both of those tracks were recorded. Are you fluent in Spanish, or did you learn to speak it phonetically?

Jade: I learned to speak it phonetically. We plan on doing more bilingual mixes in the future.

Caps: As Pretty Poison's career is proof of, dance artists seem to continue thriving in their own ways, while rockers have difficulty keeping up with the times. What do dance musicians have in them that allows them to continue on while rockers sort of get trapped on the sidelines sooner or later?

Jade: We have the good drugs! LOL! It's all about the song. If it's a hit song, it will get played forever. A lot of dance songs are very catchy and hooky. Maybe thats why they seem timeless.

Caps: On a similar tack, who influenced your sound at the beginning of your career, and who would you say is influencing you right now?

Jade: There are so many artists that have influenced us both then and now. We've always tried to maintain an original sound all our own. Right now I'm in love with the Kerri Hilson record. I love Timbaland's production and also love Ne-Yo and Flo-Rida.

Caps: I recently heard your song "Finga Lickin' Good". It's definitely raw, and I mean that in the best way. Do you think that the song could be played on terrestrial radio, or would you say it's a track more suited for satellite radio?

Jade: We're hoping for radio and club support across the board.

Caps: What 5 artists would you most like to work with?

Caps: If you could go back to your youth with the knowledge you have now, what would you do differently?

Jade: I wish we could've been in the moment more, basking in the light of success. Everything moves so fast
in the music industry you hardly get a chance to enjoy it all. Now we realize how truly blessed we are and our new philosophy is "be here now". 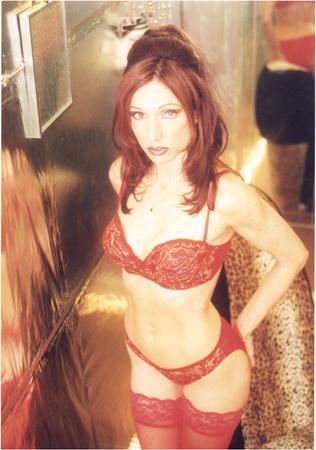 I would once again like to extend my thanks to Jade, Shawn and Jade's fellow Pretty Poison bandmate Whey Cooler, who played an instrumental part in getting the answers to me.

I also would like to thank Velcrohead for his assistance regarding what to do with Microsoft Word documents.

For a refresher in Jade's music, here are some YouTube links to material by Pretty Poison, as well as Jade herself: