Ode to a Saturn

The memories I had owning a Sega Saturn
By Benjanime
On
October 22nd, 1996. Preparations for my ninth birthday party were in order. As the balloons and decorations were put up, relatives and friends of mine soon came over for the party. That afternoon, the kids and I huddled around the dining room table for the cake. Soon after we stuffed our faces in with cake frosting over our face, I grabbed my gifts and started unwrapping them from small to big.

So far, they were action figures and electronic handheld games. But one last gift was waiting for me, as my older brother had snuck out of the dining room and brought back a surprise gift. Now this thing was big. Was it a home stereo system? Some kind of toy helicopter with a battery charger? Many thoughts were going in my head as I was tempted to open it. 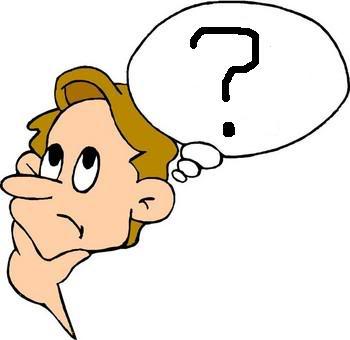 I started unwrapping it with a hesitant but excited feeling. Not even with the first half of the gift wrap gone, my jaw dropped for a whole minute as I kept unwrapping. It was the Sega Saturn, included with a demo. Not only that, but my parents bought a few games for it and stuffed them in the package with the system. I made a high pitched wail and began running in circles around the living room furniture in pure excitement. I thought I would lose my sanity just from the outcome.

So later that night, all of the kids and my relatives had to leave. My stepdad and my brother began setting up the AV cables and the plug for the Saturn. I had 5 games to choose from. 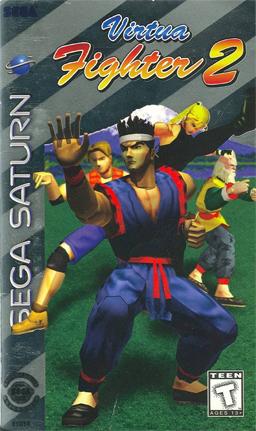 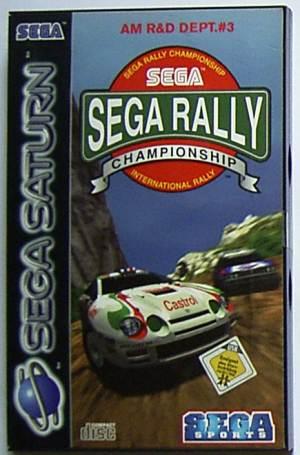 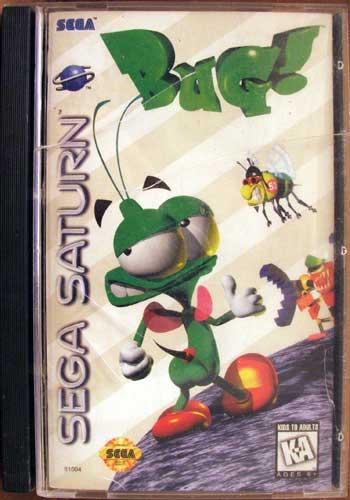 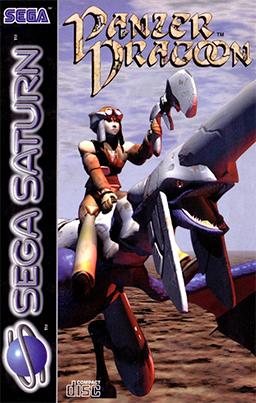 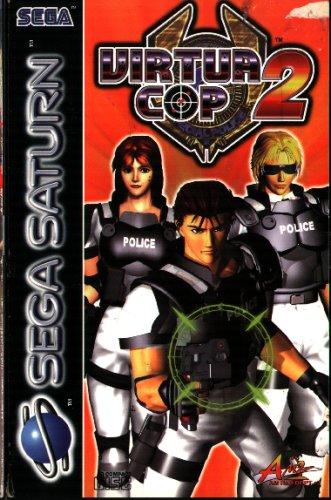 My brother suggested that I try out Virtua Fighter 2, since he wanted to play me in a versus match. I nodded in agreement and let him start up the system. We were given a nice little Sega Saturn intro screen, and put in the time and date. After that was done, the game started up. As I watched the FMV intro and the demo of the characters fighting, my jaw dropped yet again, this time for a whole minute, as I saw the mindblowing graphics and heard that catchy music that went along with it. So after that little intro was over, we got into the character selection screen. My brother chose Kage, and I was Jacky. Well aware of my brother's gaming skills, he kicked my ass a few times. But that didn't matter, as I was still very happy with my new game console.

The demo I got was pretty interesting too. It game with games such as Clockwork Knight 2, Virtual On, and Three Dirty Dwarves. 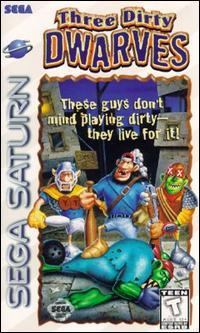 Three Dirty Dwarves was a multiplayer game, and just by playing the one level demo, it was damn fun, so a month after I got my Saturn I begged my parents to buy the actual game for me.

Virtua Cop 2 is an arcade shooter, and it shows. For each level you had to shoot down criminals, and avoid shooting any victims that get in the way. It was very addicting, and I enjoyed playing it. 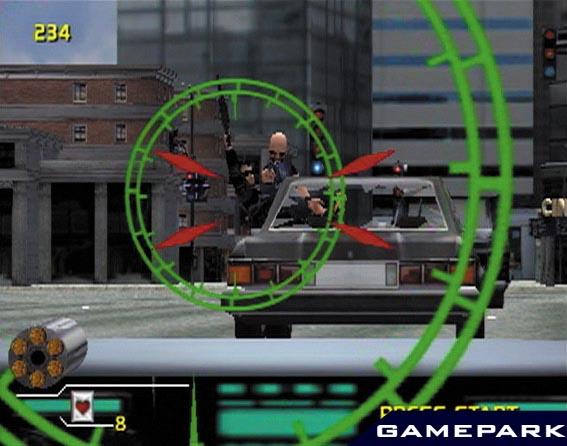 Believe it or not, Sega Rally Championship was the first game to give me motion sickness, and the only time so far that I'd gotten it. It was a fun racing game nonetheless, but I didn't play it much. 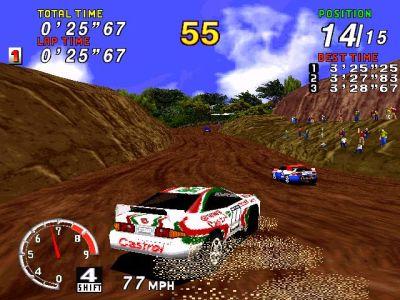 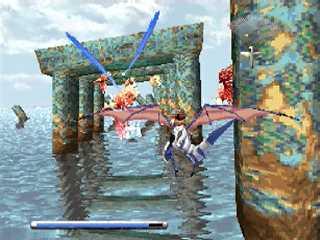 As I said in my Worst Games of the 90's article, I didn't really enjoy Bug! as much as everybody else, but it was an okay game. 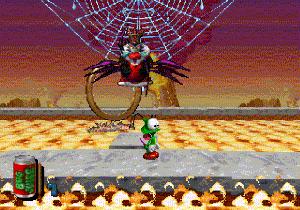 Despite the games I had, I at least got to rent Astal at my local Blockbuster Video before the Playstation section took it over.

Astal was the first Saturn game rental that I got my hands on, and I thought the grab-attack mechanic was pretty cool. In some levels, some of the Saturn's graphic capabilities are shown off, such as sprite layering and screen panning, which I thought was very clever. And since it was a new thing at the time, my jaw dropped a third time. 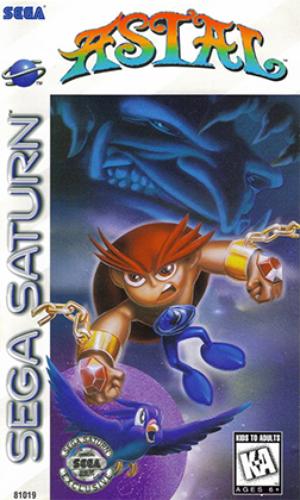 As December came around, I got something in the mail. A demo of a Christmas themed NiGHTS into dreams game! Even though I hadn't even played the original NiGHTS into dreams, this was a very unique game and I just loved humming those yuletide tunes that went along with the levels. With only information for the demo, I had thought that the actual game only released in Japan and not the U.S.. 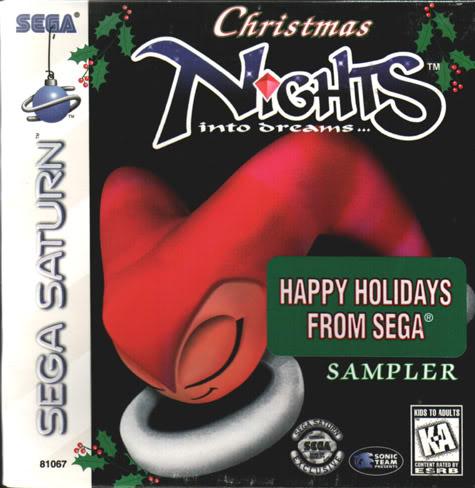 There were a few games that my older brother played, but I couldn't due to the ESRB rating... But he only played two.

Loaded was one of them. In this game, it's a top-down view of a 3D environment, as you shoot your enemies and look for keys to unlock certain doors. The M rating just shows as killing each person causes a blood splatter across the floor. The six playable characters are a mixture of villains, anti-heroes, psychopaths, perverts, and mutants as stated in the instruction manual, but they all have one objective, to take down an intergalactic villain known as F.U.B.. 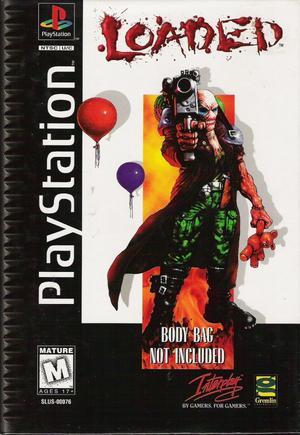 (I apologize for the pic, as I couldn't find a decent sized Sega Saturn box art picture)

D was a horror game, but I don't remember much from it since my brother played it for only one day. It had a lot of puzzle solving and creepy FMV sequences, but it played out like Myst, and had a good and bad ending. 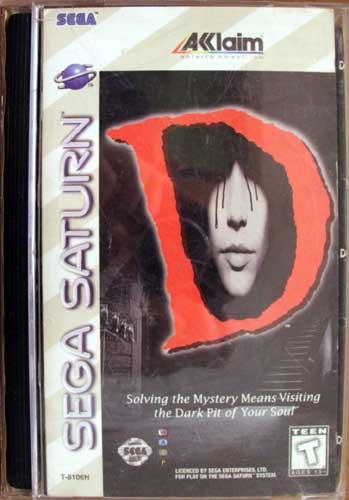 As 1997 came around, my brother was secretly saving up for a Sony Playstation and soon purchased one. This console began getting more attention from the family than the Saturn, so I decided to play the Saturn while everyone else had the Playstation. I had my Saturn up until next year, when my step dad sold it at a yard sale. I was devastated as I saw it get sold. But he said he needed money because the taxes on the house bounced... In retrospect, I should have talked to my brother about saving his allowance and job salary for these taxes whenever the payments would go up. Maybe someday I will be able to buy another Saturn console online, but for now I just have my memories of the system and the games I played...


That about wraps up this article. See you next time, folks!
25
Login To Vote!
More Articles From Benjanime

18
Quote O' Matic
Oliver: "Hey, wait! I helped you get those sausages! Half of those are mine! -Oliver"
Oliver & Company