Alvin Hiccups takes you through his life of dissappointment when it comes to television. In this article, Alvin gets very upset when his favorite show
By mikee_kid12
On 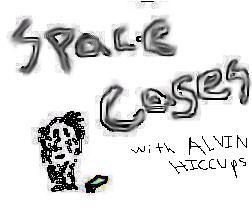 It's Alvins World and welcome to it! 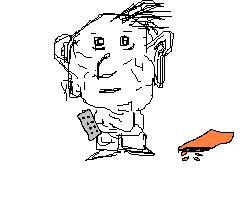 Hello, I am Alvin Hiccups.......I love tv and movies. My best friend just put every episode of my favorite show Space Cases on a DVD. I missed half of the episodes but now I have a chance to sit back, relax, and watch my favorite show. Well, most of you by now are probably asking yourselves, WHAT THE [email protected]#K IS SPACE CASES?! 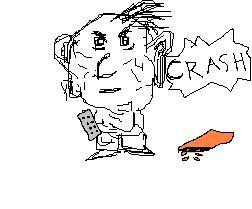 Now what the fudge crackers is my cat doing now! Hold on folks, I have to deal with my cat Scooter for a second, then i'll tell you about the best show in the world! And at the same time tell you about an evil dictatorship that is out to get all of us, sound good? GREAT! 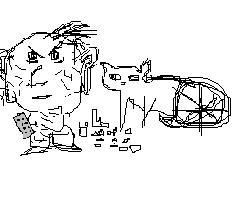 Okay folks, I guess i'll just dive into it here. This was my favorite show in the whole wide world, Space Cases. It was a show about 5 misfit kids attending a space academy school. The show takes place into the future in which everyone is still getting over a war that happened 20 something years ago. All of the kid's attending the school have a unique talent or skill, 5 of the students in paticular are the focus of this show. Well, the teacher of the class of these 5 space cadets leaves for something urgent. Harlan Band, a cocky leader type kid, notices an alien ship floating outside the academy. He takes the other kids into going over and checking the ship out. Once they all board they touch the walls, first and notice it glows by touch. Kind of a rainbowing glow if I remember correctly. What the ship was doing was accepting the kids to work the ship, and make it's its new crew. Nobody knows what happened to the old crew, they must have died or something. 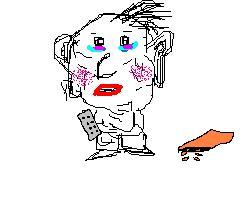 Do any of you remember this show at all? It first ran on Nickelodeon in March of 1996, and soon started to become a hit. Like many shows on Nickeldeon in the 90's, nothing could be done wrong, the network was in it's prime, and the shows were divine. 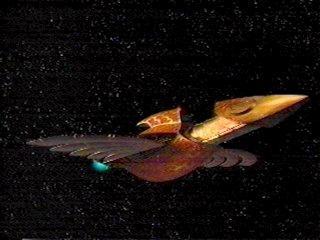 I know that last part sounded gay but, just play along with me here. Looking at me your thinking,"Your an old man, how did you come to like this show?", well, it all started back when my grandson was in 3rd grade. He came home from school with a dilldoe he made in art class. Don't worry, I beat the shit out of him. 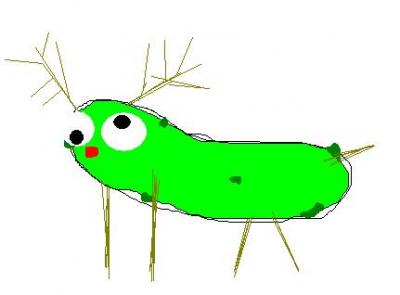 Female deer don't have horns! And why would you make a deer out of a pickle anyway? Damn kids! Well, it was a Saturday so I had to go to work, the whole time on the job I felt bad for abusing my grandchild. So I thought I would buy him a cookie and watch tv with him when I got home. Well it was a hard day of ghostbusting, and I was beat. 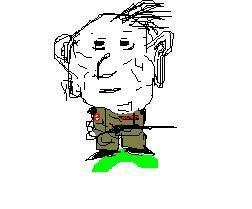 So I took off my clothes, put on some pj's and turned on the teli and watched tv with my grandson while we ate cookies. It was on Nickelodeon and something called Snick was having a run. First this hillarious show called All That came on. I laughed so hard, I started choking on my cookie, but Ernie the Keebler Elf came to my rescue and kicked me in the nuts! 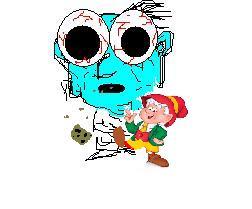 I love that little elf! Well, we continued watching Snick and Space Cases came on. I was totally blown away. The show was way ahead of it's time and I quickly fell in love with it. Years went by and soon new episodes were no longer being made, I just saw repeat after repeat after repeat of the same old stuff, and I wanted to see what was going to happen to the kids. Oh crap! With all of this entry to my dicussion i'm almost out of time for writing. Well this was just part one folks, and I promise next time I will have no interuptions and a whole bunch of information about the show and how you can help bring it back. Now....

Alvin: YOU BROKE MY TV GRASSNOLE!
Scooter: It was in my way!
Alvin: Don't you know how to go around?
Scooter: Does it look like I know how!
Alvin: Because of you I didn't get to say everything in my article that I wanted to say!
Scooter: Go into a part 2 dumbass!

Well, anyways, we will have to go into a part 2, so until next time folks you can go check out
www.spacecasestv.com
On this site in the Tv shows section in the 90's you can check out Space Cases as well. We still have to discuss the demon that is dwelling within my old pal Nickelodeon. So until next time, just HICCUP!
0
Login To Vote!

2
Quote O' Matic
Will and Uncle Phil: "Will: Come on Uncle Phil, you're gonna ruin my rep. Uncle Phil: You're only 17, you don't have a rep yet."
Added By: Hamursh
The Fresh Prince of Bel-Air
An unhandled error has occurred. Reload Dismiss