Dick Clark first envisioned the idea for New Year's Rockin' Eve in 1971, deciding that the annual New Year's Eve special on CBS did not attract young viewers. Dick Clark's New Year's Rockin' Eve first aired on the New Year's Eve of 1971 hosted by the group Three Dog Night. Since 1972, Clark himself hosted the special by himself. The special would broadcast the Times Square Ball Drop live across the nation and feature live musical performances after the ball drop. In 2000, the special did not show to make way for ABC's "2000 Today" where Clark still counted down from Times Square. After a 2004 stroke left him unable to host for 2005, he returned as co-host for 2006 with Ryan Seacrest as primary host. Seacrest would host from outside in Times Square along with a celebrity correspondent with Clark hosting from a studio overlooking Times Square. Seacrest took over as permanent host for 2013 after Dick Clark died in 2012. Since 2000-2001 the special has begun with a one-hour prime time show at 10:00 Eastern time and the main show would begin at 11:35. Part I of the main show would conclude with the ball drop and Part II after midnight would feature live musical performances in Times Square and pre-taped performances from Hollywood. In the 40 years Clark hosted the special, it became a television staple of New Year's Eve making Clark a New Year's Eve icon. 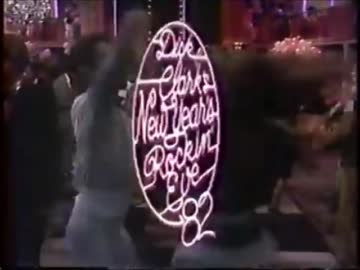 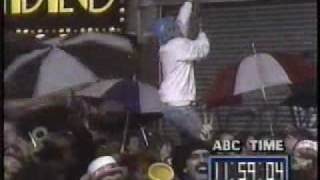