Record of the Lodoss War is a fantasy anime OVA series based on a popular series of books in Japan called Replays (these books were transcripts of Dungeons & Dragons role-playing games sessions headed by Ryo Mizuno). These Replays would include other spin offs into regular novels, manga and various television series. The story tells of the war torn land of Lodoss and a band of adventures fighting to end the constant threat to their island. The party of characters included: Parn (knight in training), Deedlit (a elf), Atoh (a cleric), a dwarf Ghim, Slayn (a powerful mage) and a thief named Woodchuck as they fight the forces from the island of Marmo. Marmo ,a neighboring island separated from Lodoss due to the war of the God 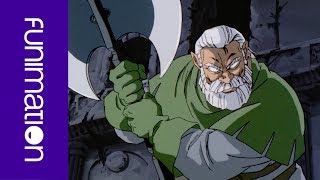