Peppermint Park was a direct to video children's series that featured animated and puppet segments to teach children about the alphabet,numbers,and colors.The series is partially lost and a youtuber known as IcyRoserade is trying to find the ramaining volumes.The series remained in obscurity untill youtube channels such as Cringevision,Blamitonjorge,Icy Roserade,and Chadtronic made it known to the public.Volumes 1-5 have been uploaded on to youtube.The puppets were created by Dan o Quin and the series was created by Jhon Horton.Volume 6 most likely exists but,it has not resurfaced and is extremely rare.Volume 6 was sold once online in the early 2000s and has not appeared since.

0
Quote O' Matic
Mister Rogers: "I'd like you to meet my television neighbor."
Added By: funguy10
Mister Rogers' Neighborhood 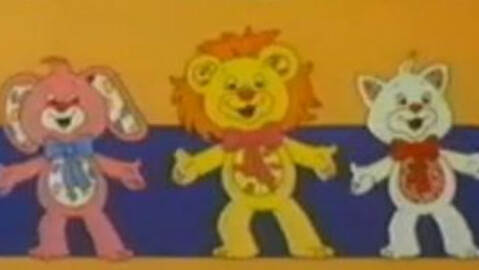