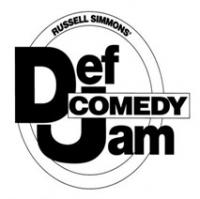 Def Comedy Jam was not the first comedy special featured on HBO but it was one of the few that had a majority African American comedian showcase.Premiering in 1992 it was produced by Hip Hop entrepreneur Russell Simmons and hosted by a young up and coming Martin Lawrence. Known infamously for its blue humor it featured some of the best and some of the worst black comedians of the day, launching the careers of such performers as Tracy Morgan, David Chappelle, Bill Bellamy and Chris Tucker.