"Golden Girls" follows four elderly women, Dorathy, Blanch, Rose and Sophia, who are now roomates in Miami. Each one of them is either divorced or widowed. The girls all share their experiences and memories with each other as they develop new one's together. Quotes
Blanche: "Tell that to my thighs. -Blanche"
Rose: "My mother always used to say: "The older you get, the better you get, unless you're a banana." -Rose"
Dorothy: "Oh c'mon, Blanche. Age is just a state of mind. -Dorothy"
Dorothy: "What are you trying to say, Rose? Weddings make you HOT? -Dorothy"
Dorothy: "Rose, I know this is a long shot, but did you take much acid during the sixties? -Dorothy"
Dorothy: "Old age? You don't leave fingerprints anymore. -Dorothy"
Sophia: "I need the money for my old age. -Sophia"
Blanche: "Honey, I know I told you where babies come from, but did I ever mention where they come OUT? -Blanche"
Dorothy: "You'll have to excuse my mother. She suffered a slight stroke a few years ago which rendered her totally annoying. -Dorothy"
Sophia: "Excuse me Rose, I haven't had sex in fifteen years and its starting to get on my nerves. -Sophia"
Sophia: "To the boardwalk. I like to watch the old guys rearrange themselves when they come out of the water. -Sophia"
Sophia: "Picture it - Sicily, 1932... -Sophia"
Sophia: "I was blowing my breasts, Rose! -Sophia"
Rose: "What is your lucky hankerchief doing in your bra sophia? -Rose"
Rose: "Thank you. -Rose"
Rose: "Bed?! -Rose"
Blanche: "Oh relax Rose, those are my initals: Blanche Elaine Devereaux. -Blanche"
Sophia: "Look at me. -Sophia"
Dorthy and Sophia: "Dorthy) I have done something terrible. Sophia) What did you do? Dorthy) I huged Miles. Sophia) Your'e going to HELL missy! -Dorthy and Sophia"
Dorthy and Sophia: "Leap year, full moon...the curse. (Dorthy) O come on Ma it's the 90's say it's that time of the month -Dorthy and Sophia"
Are you sure you want to delete this tv show?
Locate The Duplicate Entry For The Golden Girls

43
Quote O' Matic
Willona: "The president makes $60,000 on his income. I wonder what he put on his tax return. -Willona"
Good Times 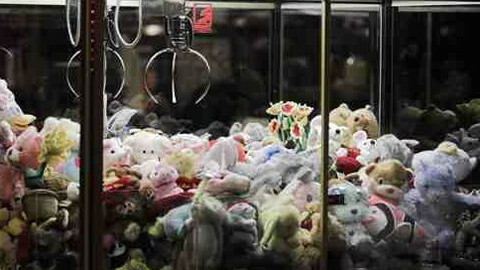 Golden Girl and the Guardians of the Gemstones by Galoob

NBC: The Golden Girls and Nightingales

The Premiere Of "Empty Nest"