it is the 79th year of the universal century (uc 0079) and man has expanded into space. colonies orbiting the world hold more than half the human race. a distant cluster of colonies declares itself to be the principality of Zeon and declares war on the earth. it was assumed early on that the Earth Federation Space Forces would quickly crush this uprising, but zeon's newest weapon, giant robots known as mobile suits, turns the uprising into a long, drawn out war. Meanwhile on a neutral colony, amuro ray is heading home from school to see his dad, but on the way two of zeon's mobile suits, known as Zakus. break into the colony. amuro is thrust into the battle when he accidentally stumbles upon his father's masterpiece, a powerful mobile suit known as the Gundam. Amuro and his friends board the giant space cruiser white base, commanded by captain Bright Noa, and must bring the gundam to earth in order to turn the tide of the war. 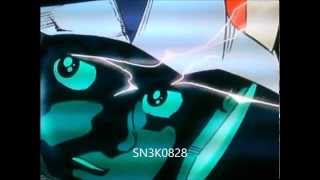 0
Quote O' Matic
Hugo: "All right, all right! Pour the wine and cut the cheese! -Hugo"
Added By: System
The Hunchback Of Notre Dame
Related Articles

-3
rksexy2finger
Classic Cartoon Network.
Heres my article about CN's prime days.
4
Pokejedservo
The History of Ocean Group and Anime Dubs
A History of how Vancouver Canadian Voice Talent and Japanese Animation have had quite the history together over the years.

7
randomuser2349
Best Anime Openings of the 70's
Warning: This article is opinionated
3
Pokejedservo
Unique Episodes of Known Shows #1: Pokemon
Here is the start of my series of lesser known episodes of very known shows. Episodes that might get you to see a known show in a way you haven't seen

8
ZeldaFan20
TOONAMI
A Retrospective look at TOONAMI: The Animation Block That Inspired a Generation
Related Commercials