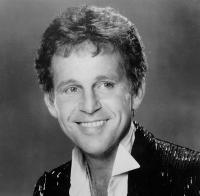 Successful half-hour variety show that aired in the 70s. Hit song "Roses are Red (My Love) spent three weeks at No.1 on the Billboard Hot 100. Arguably his most famous song is 1963's "Blue Velvet" that also went to No.1. 23 years later, when David Lynch named his movie Blue Velvet after this song. In 1964, Vinton had two No.1 hits, "There! I've Said It Again" and "Mr. Lonely"

30
BenJamin
Halloween TV specials
A look back at some special Halloween programs
An unhandled error has occurred. Reload Dismiss