Mobile Suit Gundam SEED is an anime series developed by Sunrise and directed by Mitsuo Fukuda. The ninth incarnation to the Gundam franchise, Gundam SEED takes place in a future calendar era, in this case the Cosmic Era, the first to do so. The discovery of an advanced model of combat mecha on their space colony throws a young man and his friends into involvement in an interplanetary war as the crew of a powerful fighting ship. 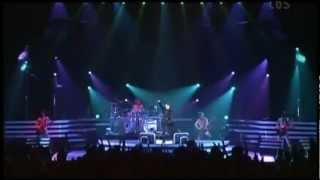 Are you sure you want to delete this YouTube video?
Quotes
Miriallia Haw: "Kaohsiung isn't that far away, is it? Will the homeland be all right?"
Tolle Koenig: "Sure. There's no need to worry. Although they're close, we're a neutral entity. It's unthinkable for Orb to become a battlefield."
Added By: Clint_Olson
Narrator: "Year 70 of the Cosmic Era. Tensions between the PLANTs and Earth were at an all time high since the conflict began. It was first assumed that the Earth forces, with their superior numbers would be victorius, but these initial assessments proved to be false."
Added By: Clint_Olson
Are you sure you want to delete this tv show?
Locate The Duplicate Entry For Mobile Suit Gundam Seed

0
Quote O' Matic
Cliff: "[Vanessa barges in the door to the bedroom with Rudy] Go back and knock on the door and say "Who it is.". [Vanessa is now knocking on door] Who is it?"
Vanessa: "Who it is!"
The Cosby Show

7
randomuser2349
Best Anime Openings of the 70's
Warning: This article is opinionated
An unhandled error has occurred. Reload Dismiss