The Plot: In the 22nd century, mankind has fallen in the wake of The Metal Wars. Machines, led by the cyborg Lord Dread have subjugated the human population through a process called digitization. All is not lost, though. Small cells of The Resistance led by battle hardened men and women struggle to maintain their humanity both spiritually and literally. One such leader, Captain Jonathan Power of the Heroic Soldiers of the Future, and his faithful team which include Lt. "Tank" Ellis, Major "Hawk" Masterson and Jennifer "Pilot" Chase fight to preserve and eventually overcome Lord Dread and his BioDread machines. The Story: In 1987 Mattel created a toy tie-in series to take advantage of the sci-fi market much as He-Man had taken advantage of the fantasy market. The products developed included standard 3.75" figures (the same size as GI Joe and Star Wars action figures of the day) with moderate articulation and made of quality plastic, each of which had vacuum-metalized armor. Released simultaneously were , beautifully designed, relatively sturdy space ships which were capable of not only housing figures, but became part of an interactive media event. Viewers with their Powerjet XT-7's, Phantom Strikers, Interlocker and Energizer toys could play along with the televised live-action adventure which incorporated elements of early computer animation and certain other colorized animation which would interface with infrared beams fired from the ships and other accessories. This allowed players to not only acquire points for shooting certain colored objects, but to lose them from other colors and flashes of light. On top of that, the ships and other accessories could interact with one another and players could engage in dogfights, forcing ejections if one ran out of hit points. All in all, the elaborate series created by Mattel only fell through due to the show's cost per episode (rumored around $1 million apiece), syndication troubles and flagging toy sales. A comic series, computer game and cult-following have developed in the years since.

13
Quote O' Matic
Tevye: "As the good book says 'Each shall seek his own kind'. In other words, a bird may love a fish, but where would they build a home together? -Tevye"
Added By: System
Fiddler on the Roof
Related Articles 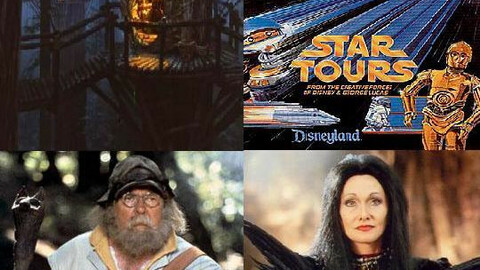 24
Hoju_Koolander
Retro Ramblings: Royal Rumble
Ewoks, Mogwais, Captains and Cookies battle it out for retro supremacy
-3
arachknight1979
Twenty Years ago: tomorrow
How I killed time in the late 80's

7
jaredpresley
Where have the real men gone?
The decline of Masculinity in males in culture.

Captain Power and the Soldiers of the Future on WGBS Philly 57
An unhandled error has occurred. Reload Dismiss