The cases of the I.M.F. (Impossible Missions Force), a top secret U.S. government organization that handles dangerous and highly sensitive international assignments. Stories depict the step-by-step planning and final execution of highly tense and complicated missions. At the opening of each episode (in the early seasons), the leader of the I.M.F. would receive a tape-recorded message outlining instructions for an assignment he was to consider taking. The voice on the tape would give him some background information, usually tied to the pictures of adversaries that were included with the tape, and would conclude with "Your mission, Jim, should you decide to accept it, is . . . As always, should you or any member of your I.M. Force be caught or killed, the secretary will disavow any knowledge of your actions. This tape will self-destruct in five seconds." The top-secret assignments taken on by this elite group of agents usually involved disrupting the activities of various small foreign powers seeking to create problems for America or the Free World. By the last season the agents began to run out of little Communist countries and obscure principalities, so they concentrated their efforts more on dealing with organized crime within the U.S. All the plans executed by the I.M.F. were incredibly complex and depended on split-second timing and an astounding array of sophisticated electronic gadgetry. The leader of the group, Daniel Briggs during the first season and Jim Phelps is subsequent seasons, devised the complex plans used to accomplish the teams missions. Barney Collier was the electronics expert and Willie Armitage provided the muscle. Rollin Hand was an expert at disguise and Cinnamon Carter was the versatile, beautiful female member of the team. Are you sure you want to delete this tv show?
Locate The Duplicate Entry For Mission: Impossible

6
Quote O' Matic
Wednesday: "Are you really alergic to everything?"
Nerd: "Ya! Do you wanna know what happens when my mom uses fabric softener?"
Wednesday: "What?"
Nerd: "I die!"
Addams Family Values 46
dalmatianlover
Top 10 Hardest NES Games
These rank up as some of the hardest games ever released on the NES.
More Articles
Related Commercials 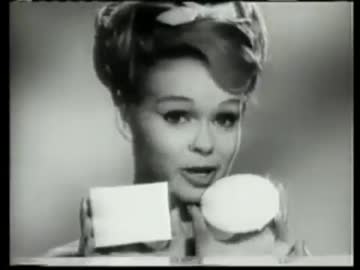 Lynda Day George for Dove Soap with The Difference