Hawaii Five-0 is the name of a special police unit consisting of no more than four men at a time, although it can freely call upon the Honolulu Police Department for more men if needed. Answerable only to the governor, Five-0 investigates the most important and sensational crimes, ranging from murder and kidnapping to terrorism and international espionage. Five-0's leader is ex-Navy Intelligence investigator Steve McGarrett, a tough Irish cop possessed with a determined nature, a hatred of crime and an elaborate bouffant hairdo. Other Five-O personnel included Dan Williams, second-in-command and "Dan-O" to McGarrett; pipe-smoking Chinese Chin Ho Kelly, native Hawaiian Kono; Samoan detective Ben Kokua; and Hawaiian Duke Lukela, who worked his way up from patrolman. McGarrett's archenemy was Red Chinese agent Wo Fat, whose plans were always thwarted by McGarrett, and who always managed to escape the reach of the law--at least until the final episode. Quotes
Steve McGarrett: "Book 'em, Danno -Steve McGarrett"
MacGarett: "Aloha, suckers! (saying this to a boat load of bad guys) -MacGarett"
Are you sure you want to delete this tv show?
Locate The Duplicate Entry For Hawaii Five-O 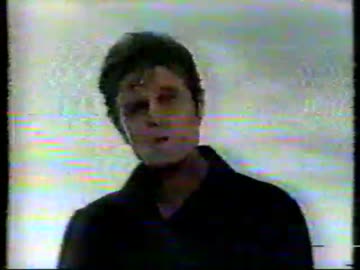 Jack Lord for Save the Whales from Hawaii Hawaii Five-O on KPHO Adventure from the Islands

Hawaii Five-O and Love Boat on KICU Watch and Win