A woman finds out how the dead body of your old boyfriend can ruin your whole day in this black comedy. Nathalie (Cameron Diaz) is a lovely young woman with a history of substance abuse problems who is married to George (Harvey Keitel), a circuit court judge who first met her when she was brought before him on a misdemeanor charge (he gave her a break, and they fell in love). Nathalie and George are vacationing at her family's summer cottage in Maine, with Nathalie's longtime friend (and former significant other) Lance (Craig Sheffer) tagging along. One day, while George and Lance are out fishing, Nathalie receives an uninvited and unwelcome visitor, her former boyfriend Kent (Billy Zane). Nathalie regards Kent as a symbol of the past that she's been trying to put behind her, and while he's eager to resume at least the physical side of their relationship, she wants no part of him. After a heated argument, Kent stumbles off to another part of the cottage, and just as George and Lance are about to return, Nathalie discovers that Kent is in her bedroom, naked and very dead. Correctly assuming that the presence of the nude body of her former lover in her bed would cast a bad reflection on her fidelity, Nathalie quickly tries to hide the corpse, with disastrous results. George discovers Kent's body, but since the judge would prefer not to have this sordid affair become a matter of public record, he hatches a plan of his own to get rid of the stiff, which also fails miserably. Head Above Water is a remake of the Norwegian film Hodet over Vannet, which was itself a remake of an earlier film; while released theatrically in Europe, Head Above Water debuted on premium cable networks in the United States. Are you sure you want to delete this movie?
Locate The Duplicate Entry For Head Above Water

0
Quote O' Matic
Marty McFly: "Silence Earthling! My name is Darth Vader. I am an extraterrestrial from the planet Vulcan! -Marty McFly"
Back to the Future 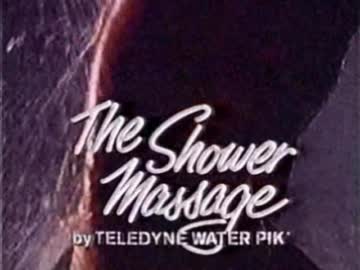