In this musical/fantasy film. "The Three Stooges" help "Prince Charming" (Edison Stroll) who lost his memory in an accident as a little boy. regain his memory and his title as a royal monarch and save his beloved "Snow White" (former Olympic Skating champ Carol Heiss) from being killed by her evil stepmother "The Queen of Fortunia" (Patrica Medina) and her henchman "Count Olga" (Guy Rolfe). 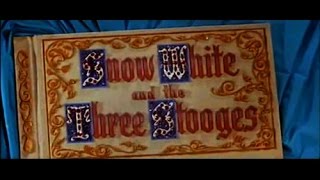