In The Army Now Comedian Pauly Shore goes to boot camp in this comedy adventure set in Chad. It was filmed on location in the California and Arizona deserts. Shore is cast as Bones, a dreamer who wants to open his own stereo shop with his best friend Jack. To earn the cash, Bones talks Jack into joining the Army reserves. In boot camp, they are trained as water purifiers. While in camp, they meet the feisty Christine who takes no guff from men and Fred who is afraid of everything. The foursome are called to active duty and positioned in the deserts of Chad. Through a great mix up, they find themselves driving a water tanker behind Libyan enemy lines. There they must extricate themselves and eventually save the day.

This promo for an airing of the movie on "The Ghoul" was originally posted ... Are you sure you want to delete this movie?
Locate The Duplicate Entry For In The Army Now

2
Quote O' Matic
Player: "My detectives closed the door to the past, Carmen. You'll never leave present time again."
Carmen: "Never say never, Player. See you next crime... and maybe in another time!"
Where On Earth Is Carmen Sandiego 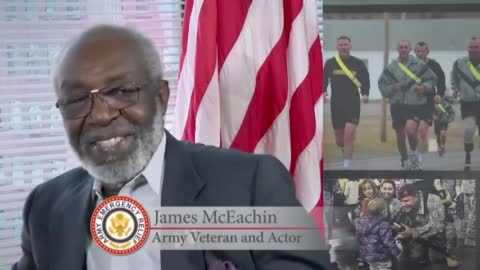 James McEachin for Army Emergency Relief with My Role

The Army-Get An Edge On Life Xena: Warrior Princess on WPIX WB 11 with The Greatest Army on Earth