The S.S. Gigantic competes with the S.S. Colossal in a luxury liner race from New York to France. S.B. Bellows (W.C. Fields), the bumbling brother of the owner of the Gigantic, accidentally wrecks the sophisticated engine of his sibling's ship, built by brilliant engineer Bob Hayes (Leif Erickson). Meanwhile, radio entertainer Buzz Fielding (Bob Hope), aboard the Gigantic with his girlfriend, Dorothy (Dorothy Lamour), is hoping to win so he can pay alimony to his three ex-wives. 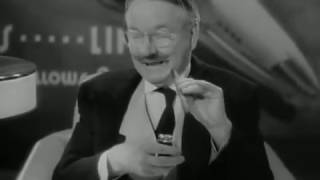