Batman Beyond: Return of the Joker

The young protÃ©gÃ© of one of the world's greatest superheroes has his first encounter with an old nemesis in this direct-to-video feature adapted from the popular animated series Batman Beyond. Terry McGinnis (Will Friedle) has taken over the crime-fighting responsibilities of Batman from aging Bruce Wayne (Kevin Conroy), but while Terry has learned a great deal from Wayne, he's never heard the startling truth about Batman's final encounter with his arch-enemy, The Joker (Mark Hamill). However, when The Joker returns to Gotham City as vicious as ever, Wayne decides that it's time that the new Batman learned all there is to know about the green-faced terror before he can bring the city to its knees Â— especially after Bruce is attacked by his one-time rival. Batman Beyond: Return of the Joker also features the voice talents of Melissa Joan Hart and Angie Harmon. Upon its initial release, the movie sparked some controversy among Batman Beyond fans because of last-minute edits that toned down the violence level. However, it was eventually released on DVD in an uncut format. 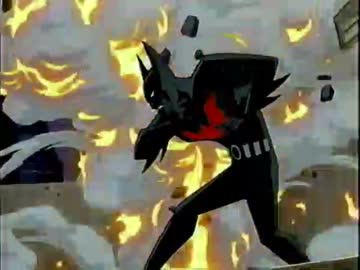 2
Quote O' Matic
Charlie: "That Carface Has Something Up His Sleeve."
Itchy Itchiford: "Yeah, A Gun!"
Charlie: "And When I Find Out What It Is, I'm Going To Ruin Him."
All Dogs Go to Heaven