Simon Birch was born no bigger than a man's fist. Doctors said that he wouldn't live through his first night. He did. Then they said he would not live more than a week. But he did. Weeks turned into months and then those months turned into years, until Simon grew into a boy. He believed that God had a special plan for him and it was His plan to make Simon the way he is. Simon's friend Joe is on a mission of his own. His mother, Rebecca, never told him who his real father is. When his mother takes on a new love interest, Joe is not too excited about the idea as he dreams of meeting his true father someday. One day, Simon, while playing in a Little League baseball game, hits a foul ball that hits Joe's mother, Rebecca, killing her. Now the secret of Joe's real dad has died along with her. Simon's and Joe's destinies become interwoven in the end, when Simon strives to become the hero he was destined to be and helps Joe solve the mystery of his father. 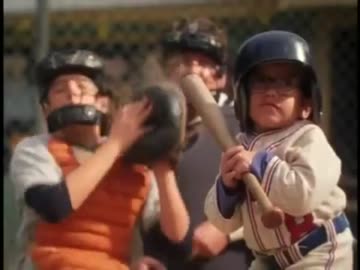 Quotes
simon: "God has a plan for me. -simon"
simon: "I'm sorry!!!!! I'm so sorry.... -simon"
Are you sure you want to delete this movie?
Locate The Duplicate Entry For Simon Birch

4
Quote O' Matic
Pinkie Pie: "Hey, you know what this calls for? A party!"
Added By: rgman1995swell
My Little Pony: Friendship is Magic