The World of Hans Christian Andersen

Unable to attend the opera.. Hans Christian Andersen is encourage by his fairy godfather "Uncle Oley" to tell his story of "The Poor Little Match Girl" to a sad little boy.. his tale not only impresses and enchants the child... he impresses the entire town of Odense, Denmark and wins a scholarship to The Royal Academy. This film was not a hit with the movie critics..when it was released in 1975. But? Kids liked it and it did very well when it was shown at Saturday matinees. The film was written,produced and directed by Chuck McCann (Who also served as the voice of"Uncle Oley). Cartoonist Al Kilgore also co-authored the script for the film and Lionel Wilson did the voice of The mayor. Jim MacGeorge performed the voices of Hans' Father and"Casper"the talking cat. The film was produced by Toei Animation Studios and released thru The Hal Roach Studios(The same studios that created,produced and released "The Little Rascals" and Laurel & Hardy Film comedies back in the 1920's and 30's)

This is a Japanese theatrical trailer (Andersen Monogatari) originally in 1...
Posters 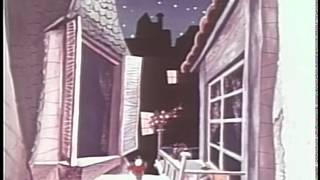