Three young pilots are faced with the final fate of humanity and their Evangelion vessels are the world's last hope! The End of Evangelion begins where the series ended: with the Angels defeated, the sinister cabal SEELE attacks NERV headquarters to seize the Evas and realize their plan for humanity. Misato and Ritsuko fight from inside while Asuka decimates a new Eva series. But when Rei merges with Lilith, and Shinji seems to fuse with Unit 01, and the fate of the mankind is left in the hands of a young boy. 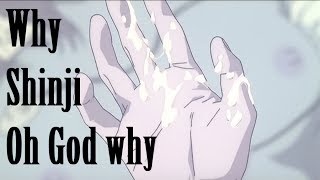