"Friends" Helen (Goldie Hawn) and Madeline (Meryl Streep) have a deep hatred for each other. Madeline stole Helen's fiance Ernest (Bruce Willis) and 14 years later vows revenge. Helen, having taking an elixir to make her live forever, plans to get her man back and kill Madeline. What she doesn't know is that Madeline has also taken the elixir, and the battle to the death between two vain immortals begins.

This is a VHS spot for the movie. Quotes
Helen: "She's a woman. A woman, Ernest. From Newark for godsakes."
Helen: "Mad!"
Madeline: "Hel!"
Madeline: "You're a fraud, Helen, you're a walking lie and I can see right through you! Ha-ha-ha!"
Madeline: "Ernest! My ass! I can see my ass!"
Lisle: "I am 71-years-old. That's what it does. It stops the aging process dead in its tracks and forces it into retreat. Drink that potion, and you'll not grow even one day older. Don't drink it, and continue to watch yourself rot."
Helen: "[after being shot in the stomach] That... was totally... uncalled for!"
Lisle: "Sempre viva! Live forever!"
Madeline: "Ernest! You pushed me down the stairs."
Madeline: "Do you know what they do to soft, bald, overweight Republicans in prison, Ernest?"
Lisle: "Relax, he won't get far, not on his age."
Helen: "En garde, bitch!"
Lisle: "[after drinking the potion] Now a warning."
Madeline: "NOW a warning?"
Are you sure you want to delete this movie?
Locate The Duplicate Entry For Death Becomes Her

1
Quote O' Matic
Tamaki: "What's wrong? You have a gloomy face."
Haruhi: "Because it's like, everyone's looking at me. Haruhi is troubled..."
Tamaki: "(Holds her closely) They're looking at you because you're cute. Don't worry. I will protect you."
Haruhi: "If you do that, Tamaki. Then thats all Haruhi asks for. Haruhi's going love-love over you, Tamaki!"
Ouran High School Host Club 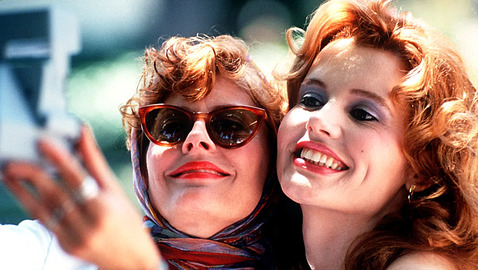