A fond look back on some of the best horror model kits from the late '80s & early '90s.
By solidsnake86
On 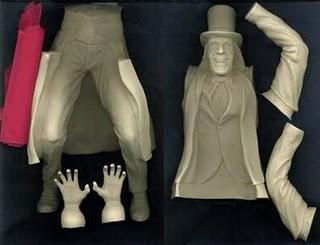 In the 1960's Aurora (officially the Aurora Plastics Corporation) ruled the model kit industry. Their line of plastic monster kits, consisting of Dracula, Frankenstein, the Mummy, and other notable night creatures single-handedly kept them in business for years. By the '70s Aurora had expanded to included some many popular comic book super-heroes and re-issues of their monster kit series with new 'glow-in-the-dark' pieces.

Model kits possessed a fantastic appeal: build and paint your favorite icons from the screen and, afterwards, proudly display them. In the '60s Aurora's largest customer base had been kids, but by the mid-1980s model kits had found a more diverse and older clientele: collectors.

No longer were model kits being manufactured in plastic, but in vinyl and resin. This new industry spawned what came to be known as 'garage-kits', models casted and sold by hobbyists themselves and small companies. Due to the small size of these distributors, many garage kits were produced in very limited numbers. Where an Aurora model kit may have been a few dollars in the '60s & '70s, a resin garage kit could easily set a collector back $100 - $200. They were primarily sold through hobby stores, magazine ads, and conventions such as Fangoria & Chiller Theatre. However, much like Aurora in the '60s, the monster kits were some of the best sellers.

One of the earliest companies to license popular movie characters for their series of vinyl kits was Screamin' Models. What follows is some of their best: 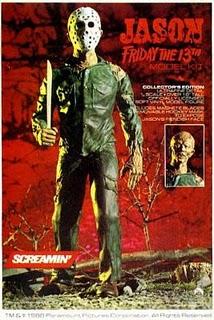 The 1/4 scale Jason (above) came with a removable hockey mask and extra machete blades. 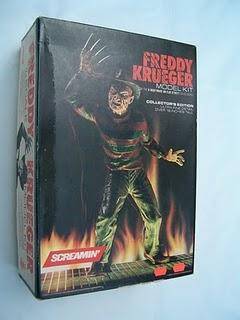 The 1/4 scale Freddy kit came with a removable hat and extra finger blades for Freddy's glove. 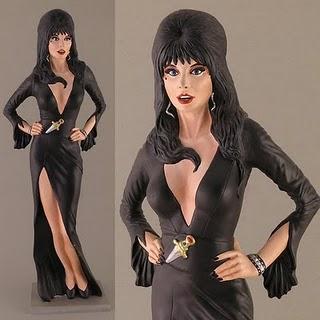 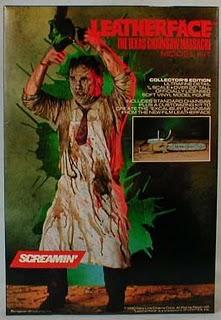 The 1/4 Leatherface kit included a standard chainsaw accessory that came with a customization kit to create the 'Excalibur' chainsaw from Leatherface: The Texas Chainsaw Massacre 3. 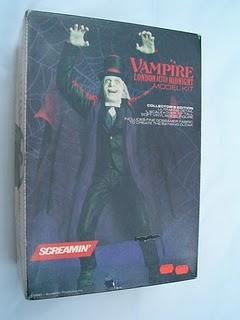 The 1/4 scaled Vampire from the lost-film, London After Midnight included fabric to recreate the vampire's bat-wing cape. 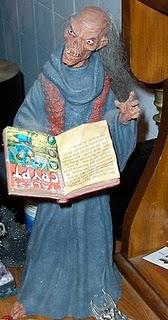 The Cryptkeeper (1/4 scale) came with realistic hair that could be applied to his head and a miniature cover reproduction of Tales From The Crypt for his book. 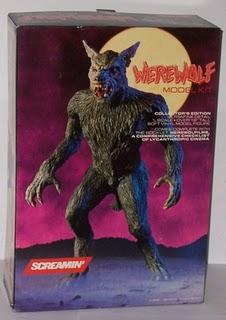 The 1/4 Werewolf kit (clearly inspired by The Howling) came with the booklet, Werewolf Films: A Comprehensive Checklist of Lycanthropic Cinema. 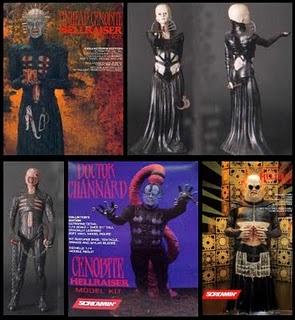 The 1/4 scale Hellraiser line featured multiple weapons for each of the cenobites and Pinhead came with individual metal pins that needed to be put into his head. 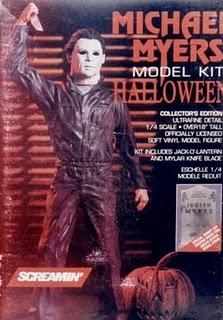 The 1/4 scale Michael Myers kit included a mylar knife blade for him to hold and a large jack-o'-lantern. In addition, a gravestone inscribed with Judith Myers' name could be sent away for through the mail. 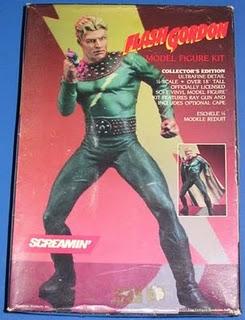 Standing at a towering 18" tall, Flash Gordon came with his ray gun and an optional cape. 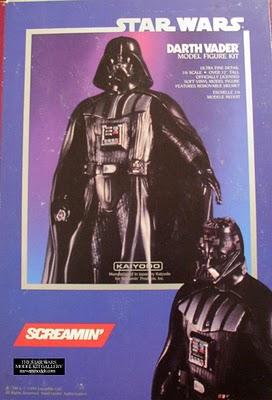 At 1/6 scale Darth Vader featured a removable helmet - however, it wasn't the full helmet, just the top portion. 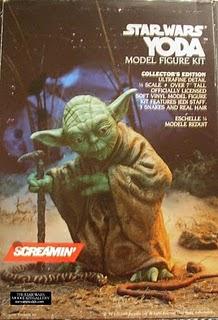 Today the detailing of action figures rival that of any model kit and can be bought at a far cheaper price. The garage kit industry that thrived in the mid-'80s to the late-'90s has, sadly, all but been extinguished. However, the fun of building and painting a kit and displaying it - knowing that your work went into it - is something that action figures could never replace.
15
Login To Vote!
More Articles From solidsnake86 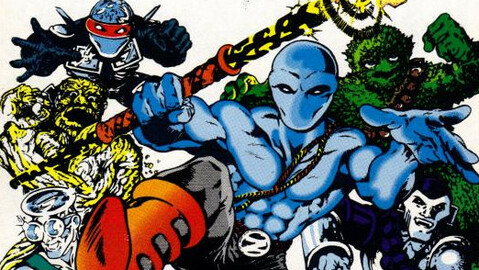