10 James Horner has composed no fewer than 100 film scores in his lifetime, ranging from light-hearted children's favorites, to adult comedy. Not to mention his melodies grace the soundtracks of filmdom's most prolific money makers (Titanic EWW! and Avatar BLECH!). But his most ominous composition is undoubtably his theme for James Cameron's Aliens film. Replete with all the bone chilling tones one could ask for, Horner makes certain the viewer is well aware that the adventure he or she is about to embark on WILL induce temporary incontinence many times over.
Fun James Horner Fact: James cut his teeth scroring films for B movie director, Roger Corman.

9 If you were to compare the virtues of John Barry's work on The Black Hole and say. . . um. . . . Howard the Duck (I don't have the words worthy enough of the verbal defication that movie deserves), you would begin to truly appreciate his ability to tap into the spirit of the films he scores. The Black Hole is a rare Disney jewel, not only because the film drifts into very dark themes at times, but because the sounds concocted by the genius Barry give the audience an equal sense of scope, and dread. The sweeping brass tones are unnervingly brilliant. The music may not give that sense of something greatly sinister that some require, but there is little room for doubt that a minatory force will soon be revealed. Then again, few things are as terrifying as watching Howard the Duck. This is a nice try though.
Fun John Barry Fact: Barry remains steadfast in proclaiming that he, not Monty Norman, is responsible for the arrangement of the famous James Bond 007 theme song.

8 It is safe to say that 2002's The Mothman Prophecies was a fairly forgettable film, save for a few chilling moments interspersed among the lengthy chunks of exposition and rural imagery. That isn't to say it was BAD. It simply fell short. What didn't fall short was the crafting of the film's eerie score by the team of Tom Hajdu and Andy Milburn (affectionately known as Tomandandy). The theme, or in this case, the first movement, begins with a pop beat of sorts. I can only think to describe it as Silent Hill meets Harry Gregson-Williams in a bad mood. From there, the composers ease you into a repeating theme, in this instance played out with the use of spooky piano strokes and low bass tones. Next, a bit of upbeat, "Hey, maybe things are going to be okay" moves, and then back into the grim reality, full force. Together, this opening configuration of arrangements sets the tone nicely. Being a child of Appalachia myself, I was quite familiar with the stories of the Mothman and the odd events that occured whilst the creature "terrorized" locals. Events that finally culminated in the collapse of the Silver Bridge, and many deaths. But if you really want to see a movie that more accurately presents the things you should fear most about that area, I suggest Deliverance.
Fun Tomandandy Fact: Tom & Andy are also quite deft at developing mobile applications.

7 I don't disguise my affection for all things Godzilla. So it would be logical for someone to accuse me of bias for placing a track from a Godzilla film in this Top 10 countdown. But my defense against this accusation is simple: Have you listened to the arrangement? Kow Otani went against the grain when he composed the theme for the 2001 romp, Godzilla, Mothra, and King Ghidorah: Giant Monsters All Out Attack (or more reliably known as GMK). Prior Godzilla films had fed the public a steady dose of the same march we as fans had come to expect. But Otani was not satisfied with that one bit. The resultant sequence of synthesized tones and booming horns make it undeniable from the start, that this film will not be like those MST3K lampooned children's outings you watched on late night television. And deservedly so. This film portrays Godzilla throughout as an absolutely evil death machine. A ghostly zombie of a beast, bent on making man pay for his sins. It is a real classic, not to be missed. No, I have not yielded to the fanboy in me with this selection. Bah! Well, maybe a little. I LOVE GODZILLA. There. Are you happy? LOVE! Love. Okay, moving on.
Fun Kow Otani Fact: He's from Japan. Japan IS fun.

Tales From The Darkside Theme by Donald Rubenstein

6 George Romero is widely known as the father of zombie movies. Occasionally however, Mr. Romero has ventured into other territory to produce quality entertainment in different forms of media. One such venture was the 80's weekly television program, Tales From The Darkside. The project's genesis was the concept of creating a weekly television rendition of Romero's cult horror anthology film, Creepshow. When selecting a composer to score the opening sequence for the series, Romero chose a familiar face in Donald Rubinstein. Rubenstein arranged a simple yet chilling composition with the help of Eric Lindsay, which adequately caused the viewer to be sticken with the requisite amount of goosebumps. The series enjoyed moderate success, and confirmed to the entertainment industry that Romero was more than just a zombie film guy. Itchy. Tasty.
Fun Donald Rubenstein Fact: Rubenstein was only 26 when he began working with George Romero.
Dante's Peak Theme by James Newton Howard

5 I'm not inclined to pan the film Dante's Peak as most would, simply discarding it as mindless catastrophe movie drivel. When I first saw the film, and after subsequent viewings, I remained entertained by it. Given that, we should at least be able to reach a conscensus regarding the opening theme music composed by James Newton Howard. This lofty arrangement truly gives weight to the threat of mother nature soon to come. So even if you are not particularly interested in watching James Bond and Sarah Conner take on pyroclastic clouds in what will become a modern day American Pompei, at least lend an ear to the excellent opening theme.
Fun James Newton Howard Fact: Howard has scored every M. Night Shyamalan film to date. Or. . . has he?

4 As a fan of the television series Parenthood, I am made even more aware of how adept Craig T. Nelson is at playing the family patriarch. As far back as 1982, Mr. Nelson was playing that very role in what would become a horror classic. . . Poltergeist. The late Jerry Goldsmith would be brought in to add some hefty unease with an eerie theme for the project. Goldsmith is a legend many times over, having created musical gold for hundreds of films in his lifetime. It could be said that Goldsmith was a patriarch of sorts himself. I doubt he could be so convincing as a goofball coach or over-the-hill superhero though.
Fun Jerry Goldsmith Fact: Jerry composed the theme for Star Trek: The Motion Picture, which eventually became the theme for the Star Trek: The Next Generation television series. Loved by Trekkies everywhere.

3 Now we're getting down to the nitty-gritty, as they say. And this Top 10 just wouldn't be complete without SOMETHING from the legendary John Williams. Williams has composed music for some of the film industry's most beloved productions. But there is no room for argument when specifying his most foreboding track. The theme from Jaws deserves this spot rightfully. It is so efficient at deliverying a heart pounding sensation that few in America are unfamiliar with it. I won't waste any more time commenting on this one. You and I both know, it belongs here.
Fun John Williams Fact: Williams has laid down the music for all but two of Steven Spielberg's movies.

2 John Carpenter is a bit of an oddity. Not only has he been a prolific director in his entertainment career, but he has also composed the music for several of his films. Quite honestly, his soundtracks are usually dreck. Not so for number 2 on our countdown. The theme from Carpenter's legendary horror film Halloween still today gives the listener a substantial case of fright. Every Halloween it is a foregone conclusion that you WILL hear it, somewhere. . . at some point. What is so perplexing to me, is how something so simplistic, can be so effective. It is itself a case study in "less is more". By which I mean, the less I hear of it, the more likely I am to NOT suffer cardiac arrest.
Fun John Carpenter Fact: John was offered the directing duties for Santa Clause: The Movie, but his demands for doing so were so unreasonable that he did not get the job.

1 I'll probably receive a great deal of contention for this choice, but it can't be helped. No other composition has given me that unsettling feeling like the theme for the popular NBC television series, Unsolved Mysteries. Maybe it is attributable to being aware of the fact that the stories following the fear-inducing opening theme were representations of real events experienced by real people. Michael Boyd and Gary Remal Malkin created the eerie score, and when in combination with Robert Stack's imposing voice as host, little audio sensation exists that is capable of creating a deeper sense of forbode. The real unsolved mystery is how anyone could disagree with this being number one on the list.
Fun Unsolved Mysteries Fact: Raymond Burr was the original host of the series. No, Godzilla did not co-host with him at any point.
11
Login To Vote!
More Articles From Ghost_of_Vapor 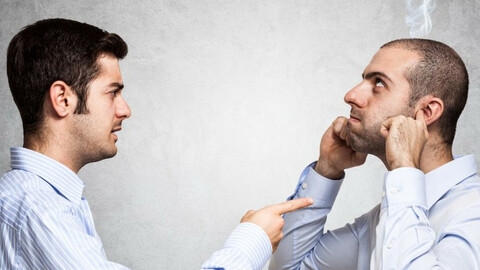 20
Ghost_of_Vapor
5 awful words from the 80's
In no particular order, I present 5 terms frequently used in the 1980's that I hate.

23
Quote O' Matic
Eddie & Jessica: "Seriously, what do you see in that guy?" "He makes me laugh. -Eddie & Jessica"
Who Framed Roger Rabbit?

11
CaptainLou
My Favorite Non-Zelda or Mario NES Music
My Favorites from the 8-Bit NES Era
An unhandled error has occurred. Reload Dismiss