If you enter the unknown cave, turn to page 33. Otherwise, turn to page 19.
By CartoonDragon
On
As a nerdy kid growing up in the 70s, 80s and 90s, I read a lot of books. A LOT. It all started thanks to my local library! Of course our school housed a library, but on Saturdays in Suffolk County, Long Island, a school bus came to my neighborhood and whisked us away to the local library for a few hours. My life hasn't been the same since...I discovered the wonder of Choose Your Own Adventure books! 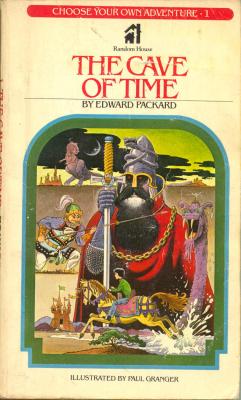 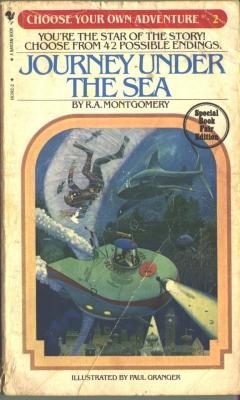 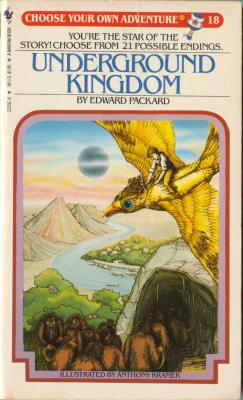 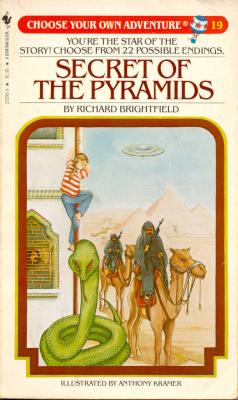 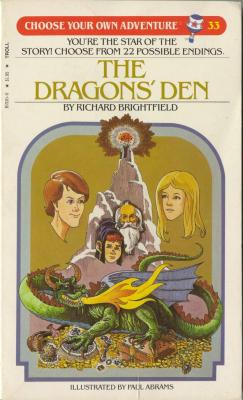 The Cave of Time, released in 1979. Edward Packard, author. Paul Granger, illustrator. According to wikipedia, Paul Granger was just a pseudonym for Don Hedin.


If you've never played a Choose-Your-Own-Adventure Book, and you can't deduce the obvious, here is how they work: you start on page one and at the end of the page it gives you a choice like:


You make a choice and turn to the appropriate page, thus changing the story for all time! Repeat until you reach the end. Usually, you died. Most books came with anywhere from 10-20 "different" endings, but by different, it usually meant that you died 9-19 different ways until you cheated, read ahead, and found the one "winning" end. Ahhh....to be 8-13 again!

According to Wikipedia, these were first published by Bantam Books from 1979-1998 and are being re-published by Chooseco. I can't help but wonder what it would be like to read these again...would it still be fun and exciting? Or will time and experience expose their crummy plot holes like a Tina Fey/Sara Palin skit? What about kids today (Wil Wheaton says, "Get off my lawn!")? Would they appreciate them or has the constant bombardment of boobies, machine guns and pokemon twisted them beyond all hope? 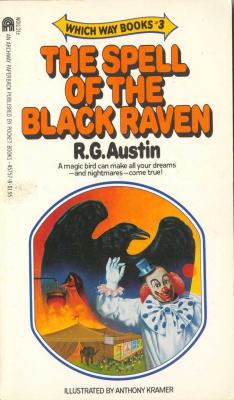 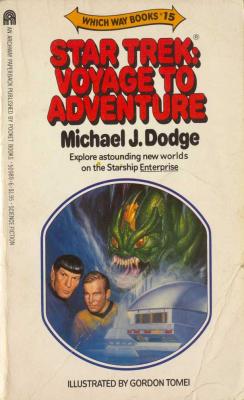 Which Way Books are to CYOA Books what Ashley Simpson is to Jessica: a less-popular, small-breasted version with no talent whom you can't wait to see get booed off stage. That being said, there were a few gems in there, including the Star Trek title pictured above. What jags in my memory, of all things, is that I didn't recognize the word "Ensign" which is the lowest ranking officer (and thus must wear the red shirt on Away Missions?) and kept pronouncing it in my head as "en-sine" like a sign on a wall. I had no clue what it meant and kept thinking that Kirk was insulting me! How dare he call me an en-sine!?! 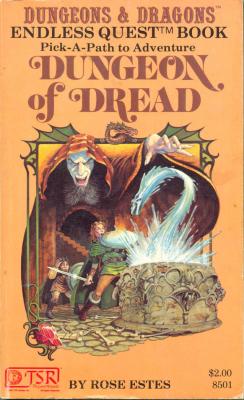 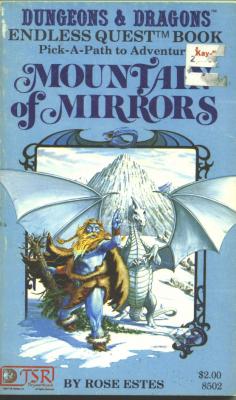 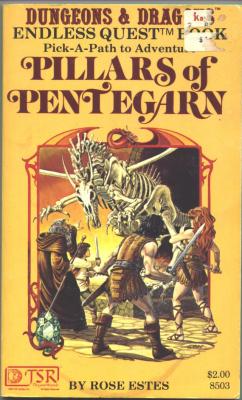 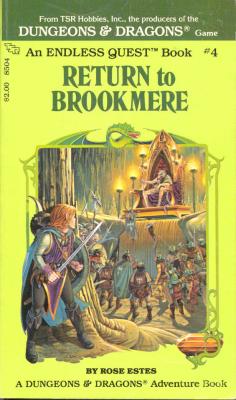 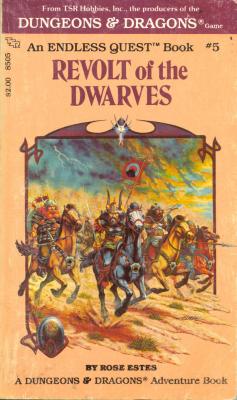 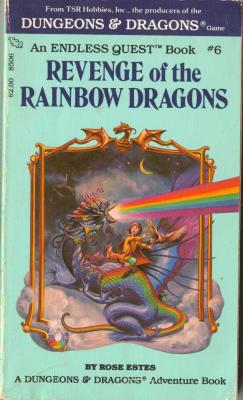 All of the above penned by Rose Estes, with covers illustrated by the masterful Larry Elmore---the visual heart of Dungeons and Dragons. Without him, the game might not have grown so popular. Interiors illustrated by James Holloway, except Pillars of Pentegarn illustrated by Harry J. Quinn. All released in 1982 and 1983, although the series continued for years after.

The Dungeons & Dragons series pictured above stomped the competition. You didn't run away to a lame circus or have to stop retarded, left-handed bank robbers. No. Instead you broke into an evil wizard's lair, or fought undead dragons, or stole a bunch of treasure. This is where I learned the Adventurer's Credo, which is that being a hero means breaking into someone's home, killing them, and taking their money. Of course you call it "treasure" and they have to be different from you...trolls or goblins or "evil". It is easy to tell the "evil" people in an action-fantasy world. They are the ones whose treasure you want the most! They are evilly hoarding it and keeping it away from you.

I wish I could tell you which titles are worth looking up and which are lamer than a one-legged kangaroo in a rope-climbing contest but really, I don't remember. I recall loving them and reading them over and over--without much actual comprehension maybe?--but that is about it. There are dozens of titles in the series, although all of the stories stand alone and are unrelated. If you follow the links at the bottom of this article, there are some reviews in there. BE WARNED: the guy who writes the reviews is kind of a downer. Don't let him dissuade you from trying these out. 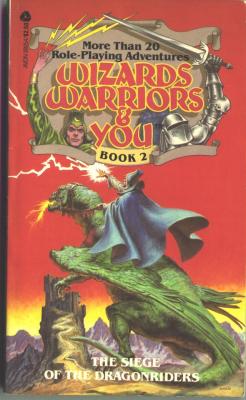 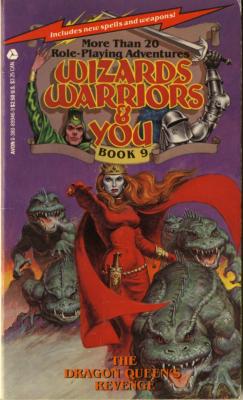 What can I say about Wizards, Warriors and You Books? Nothing of value, since I don't think I read them. Fortunately, that's never stopped me before, as this article clearly indicates. The chord that these books strike for me is that I had a friend, whom I also can't really remember, but his family dramatically opposed the EVIL OF DUNGEONS AND DRAGONS. They had no problem with these books though! I'm not saying that religious people are stupid for thinking (if they do) that heroic fantasy games are evil....but I also am not saying that the sky is blue, or that if--as I have learned from decades of video game play--you find food laying on the ground, you should immediately eat it as it will heal you or make you stronger for a short period of time. Oh yeah, by the way, I totally used the verb 'lay' correctly back there in that sentence you just read. Boo-yah!


Unfortunately, that's all for now. Most of the next article is complete, so there shouldn't be too long of a wait. Share your stories in the comments and of course give a thumbs up! Thanks for reading.[/size]

The Cat's Out of the Cradle
http://www.retrojunk.com/details_articles/1901/
28
Login To Vote!
More Articles From CartoonDragon

33
Quote O' Matic
Mork: "Punching and pushing and calling someone names means you like them? -Mork"
Added By: System
Mork & Mindy
Related Articles