Mmmm...dysfunction...
By geoffreydean
On
5) Accidentally seeing Nightmare on Elm Street. Okay, so this wasn't exactly kids programming, but everyone was watching it when I went over to my friend's house that Saturday night (everyone being his rocker brother and his stonie cronies).

So naturally we watched it. I think the worst mistake besides sitting down to watch this lovely bit of cinema was watching it through my fingers. Not only did his brother's friends make fun of me, but the bits I didn't see were filled in quite gruesomely by my overactive imagination. I just made it that much worse for myself. Luckily I caught only the last 30 minutes of it. When I got home that night I wouldn't open or get anywhere near the front door, for fear of being pulled through it. I got upstairs to my room and slept where? Safe and sound on my air hockey table. 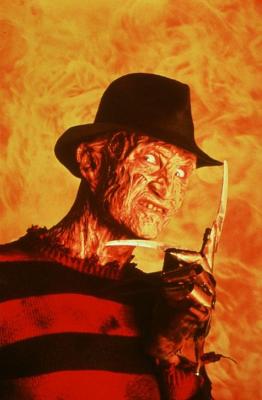 My dad used to tell me that Robert Englund was a nice man under that make up. That won't stop him from killing me in my sleep, Dad.

4) Maybe not so scary now, but I remember thinking that the Joker from Batman stabbing that fat guy in the throat was scary as hell. Jack Nicholson's performance in Batman was top notch but you can bet your bippy that I was wetting myself when people started dropping dead with those smiles on their faces. There were lots of kids who thought that was funny, but I've killed them all. 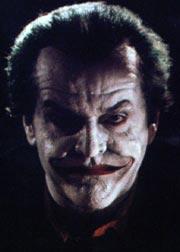 3) Number three and the reason for lots of lost sleep was this bizarre episode of...are you ready?..the Facts of Life. It came on during Halloween and was during the "crossover years" (with Cloris Leachman, Mackenzie Astin, and George Clooney). It's set in a dream that Toodie is having, although I don't remember this set up so I just thought that the story was really happening. Long story short, Blaire goes around killing everyone in different ways. Some of them were funny, like death by rubber cement glue, or fuzzy dice. But George Clooney was hanged, Cloris Leachman was poisoned and Toodie was killed by Blaire in the very end. Watching this clip had the same effect that a lot of these have had: it's not so scary now, but as a kid seeing Blaire made up like a psychotic drag queen with 5 foot hair was more than a little unpleasant. My sister and I slept very poorly for the next several days.

Blaire, having been overmoussed, seaks to kill poor Toodie. The drag connection gets stronger.

A clip of it lies in the Online Requests section of this site: http://www.televisionhits.com/factsoflife/index.html
it's episode 169

2) Also a Halloween episode, this I know has scared more than just me. Lots of people think that, until someone else comes up and confirms it, this episode of the beloved Punky Brewster was a dream. This was from the live action show and the episode is called "Perils of Punky" and it was a two parter. To this day, pictures from this show are still disturbing enough to make you go "WHO LET THIS STUFF ON THE AIR?!?" Punky goes into a cave with her three friends and her dog Brandon. One by one the friends disappear until they all reappear in some sort of deformed way. I...just...I mean COME ON! Ridiculous. I spent a lot of my childhood in love with and scared of the television. 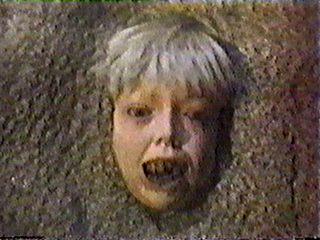 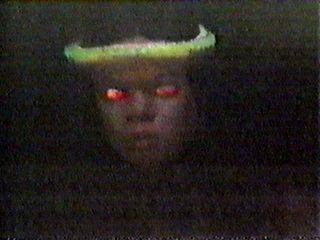 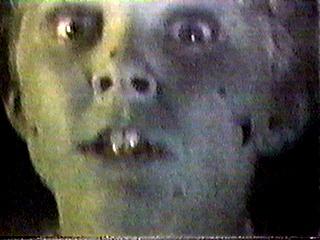 Soiling yourself while watching Punky always leaves a lasting impression

1) The most traumatic experience of my childhood, the experience that chills me to the bone to this day was one I'm sure not a lot of you have shared. It remains the most disturbing moment in my youth and it was yet another movie I saw on accident while staying at a friend's house. It was nearing midnight and my friend and I (this friend is not the same kid as the Nightmare on Elm Street kid) were watching cable. We had been flipping though channels until it came to a station with the woman who I knew only as Miss Price from Bedknobs and Broomsticks on it. Since she was the only recognizable face on cable that evening I told him to leave it there. Suddenly, Angela Lansbury broke out into song and In knew I was in for a real treat. I LOVED the Sound of Music and I'm sure this musical was going to be just as good. Let me tell you all right now: there are NO green hilltops, or musically inclined nun filled abbeys in the horror musical "Sweeney Todd: The Demon Barber of Fleet Street". Watching the musical unfold, we were presented with Mr. Sweeney Todd...the very embodiment of evil. He was a demented barber, who upon receiving a customer, would sit them down in his 'special custom made chair', lather them up for a shave and then slit their throats wide open, spilling blood down their necks and chest. He would then push a lever on the chair, causing the dying patron to slide through the floor down into the bakehouse where Angela Lansbury would grind their wasted bodies into meat and make meat pies out of them. She would then sell the meat pies to the poor people of London and sing about it with a big smile afterwards. Punctuating each murder was the high pitched scream of a factory whistle and usually a big evil grin from Todd who would raise his razor to the sky, his bizarre hair in a mane around his pale skinned, dark circled eyes. I tried watching this same film on video tape years later (at about age 21) thinking at long last I would get over my fear. One more sleepless week for me. 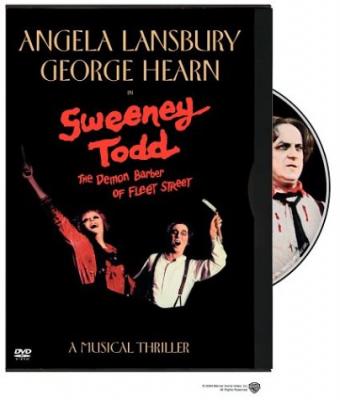 If you're so inclined you can pick this DVD set up at Amazon...but then George Hearn will haunt your dreams.


Sitting at my computer, trying to prioritize the horrors of the eighties I felt that perhaps I should clear some things up. I'm not saying that these were traumatic for ALL 80's kids. I mean, who knows? Maybe some weird little kid actually enjoyed being chased through a pizza joint by a giant silent mouse. And maybe those kids are in prison. Who knows? The following five things are events that I remember quite clearly, and as they were traumatic for me, my therapist is forcing me not only to take an anti-pyschotic drug cocktail each morning and evening but to also write this list. Hopefully I'll be able to move on someday...
8
Login To Vote!
More Articles From geoffreydean 4
geoffreydean
Clue: The movie - a cult classic
Handy household items become murder weapons in this movie adaptation of the board game.