Down Life's Roads: A Tribute to West Markham St.

Follow me on a very literal trip down memory lane.
By La_Violetta
On
The city I grew up in holds a fascination for me to this day. I was raised in Little Rock, Arkansas, which isn't exactly a hot spot on most maps, and sadly it and the state as a whole have been the butt of more jokes than I care to remember. Yet even though I haven't lived in that town for over a decade my mind drifts there practically every day. It evokes as much nostalgic feeling in me as any toy I had as a kid or any show I watched in seasons long past.

One of the essential pieces of the city were its streets lined with places I've been to time and time again. They were streets I saw through the windows of my parents' car, and streets I drove down myself since I got my permit at 14. Driving always epitomized freedom to be, so it's fitting that the streets of my hometown still call to me. 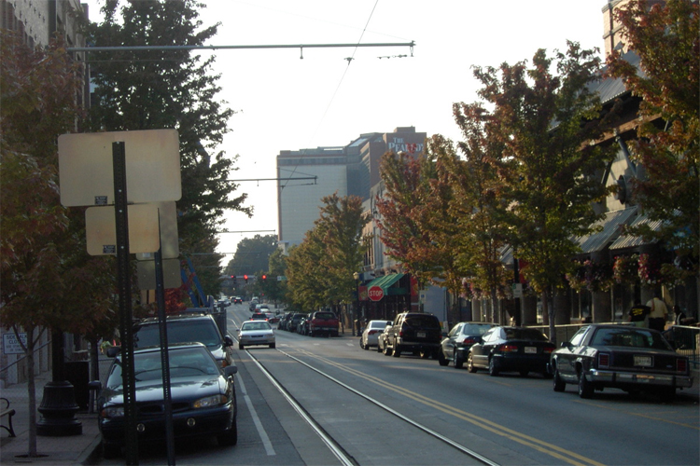 I'd like to take you down one of those streets in this article; a long, straight thoroughfare that cuts from near to the outskirts I lived in all the way into the heart of the downtown. The street is West Markham, and these are my stops. I tried to snag images of the actual places when I could. You know, for accuracy's sake. 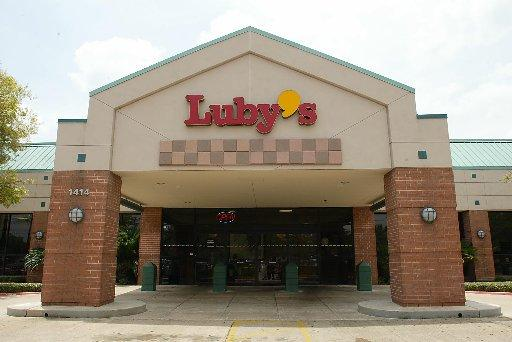 Though it winds maybe half a mile more, Markham for me begins at its intersection with Chenal Parkway, a road that ran from very near to my house all the way I-430. In a parking lot nestled in that intersection is a Luby's Cafeteria. While I can't say I had the fondest memories of eating there, it was a place that my grandparents, and I suspect many grandparents, could always convince the family to meet at. I always found the food to be on this side of bland, I do miss getting to be there with family. 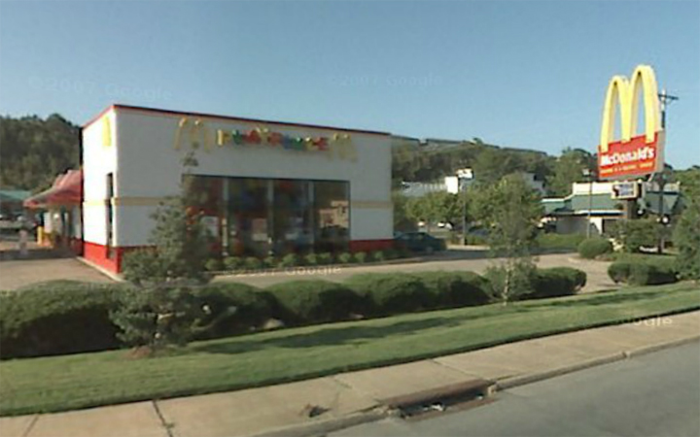 How about some food for a younger palate? Just down the street is a McDonald's that I went to so many times throughout my childhood. I could go on with the same trivia about things that chain used to do, and maybe I will mention a few things. This particular location used to be so classic, with the old fashioned wood-and-metal playground where now stands a plastic Playplace in its air conditioned box. This was the restaurant where I first tried the McRib, played Monopoly every winter, and would madly collect whatever Happy Meal toy line had caught my eye. That was gloriously easy when my sister and I could get our mother excited about a collection, too. Not too hard whenever they'd roll out a Disney tie-in line or in the late 90s when TY beanie babies hit the Happy Meal. 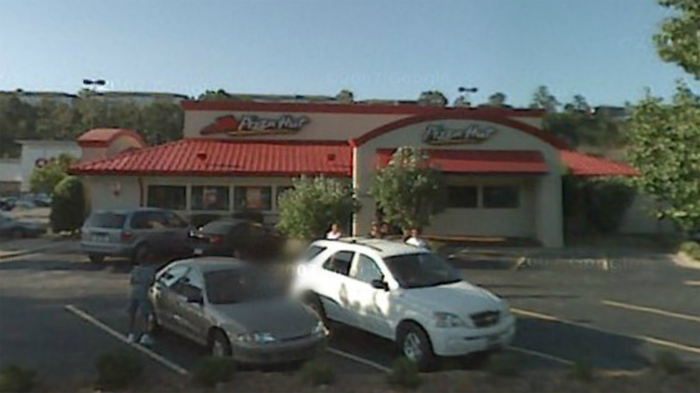 This next stop wasn't nearly as frequent, but that made it a treat anytime we'd actually go there. When it came to pizza my parents had a marked preference for Mazzio's flavor or Little Caesar's convenience. Pizza Hut marketed itself expertly to kids, though, and that was our pizzeria of choice. 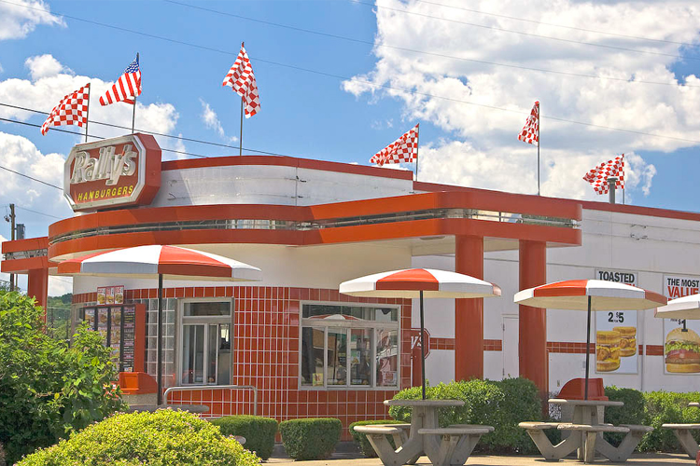 Right next to the Pizza Hut used to be a Rally's. Now it's a Mex-to-Go, or something like that, but during my teen years this was my go-to place for good French fries. When my church group once went cruising around the town looking for the best fries in the city, Rally's took the prize without question. It was my dad who really introduced me to the restaurant, and now whenever I find the time to visit home I try to make it to the one downtown and enjoy a burger. 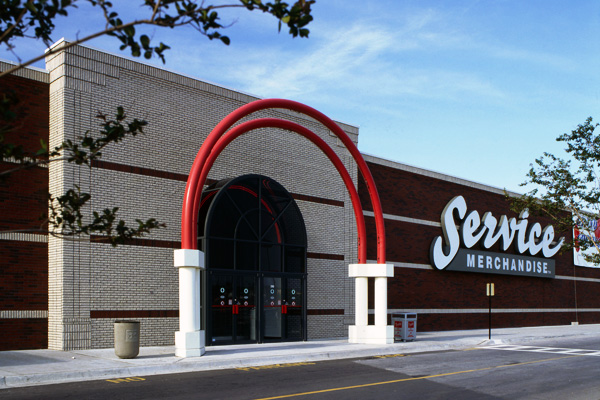 No, Markham isn't all just food. In the shopping center behind the last three restaurants a Service Merchandise was once a frequent destination for our family. While no kid could resist the call of a toy section, my personal go-to place was a section in the back for electronics. I remember very well the dim lighting that most of the store used, but the electronics section was outright dark. It brought out the glow of the TV screens, the colorful controls of the stereoes, and of course, the neon in some of the clocks and miniature juke boxes. It was sights like that that made me always want to fill my apartment with neon things. Who knew neon lit things would tend to be so expensive? I mean, it was everywhere back then! 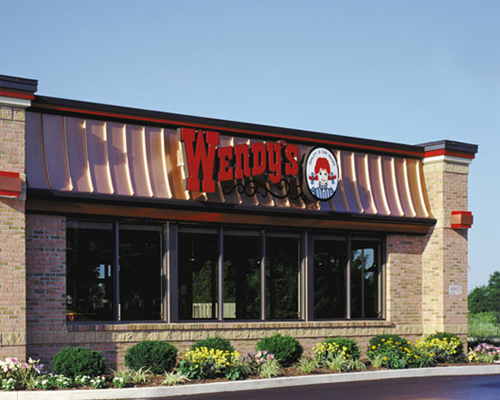 Alright, alright, there's a little more food on the street. But I can't talk about McDonald's without mentioning Wendy's. It's like a rule with rivals or something. Besides, Wendy's was the place with the view, since it's drive thru overlooked I-430. It was also home to the Superbar that I took advantage of every single time I could get my parents to budge and let me have at it. Looking back, I'm pretty sure all I cared about was the novelty of getting to make my own tacos and eat them at a Wendy's of all places. It's also the place where I learned early on that my dad absolutely adores the concept of the value menu and ordering water with every meal. I wouldn't quite get what his deal was until I was older and poorer and needed to eat on the cheap. Thanks, dad! 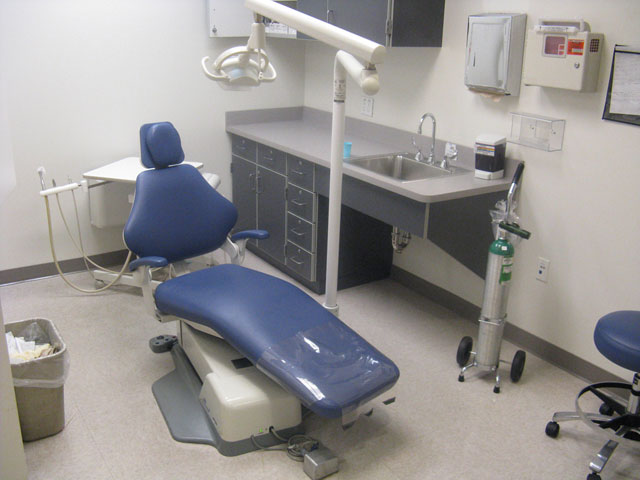 All this tasty stuff came at a cost, of course. No, I don't mean in weight. Growing up the way I did, it was all burned off playing softball, running, climbing a mountain, or riding bikes for miles on end. No, this was something far more dreadful, the dentist! Ours was right there on Markham, just beyond the highway. And for someone who was ever cursed with braces, I wound up in those chairs surrounded my stainless steel tools far more often than I ever wanted. At least our dentist was a friendly enough guy. It didn't do anything to stop the nervous fidgeting in the chair, but it made the experience a little more bearable. 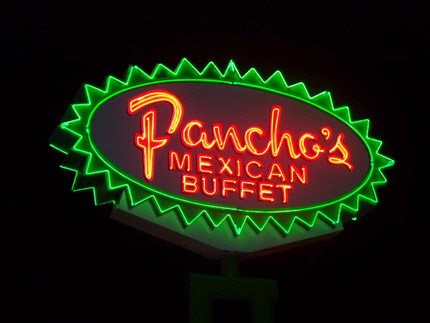 Tragically short-lived, there was also once a Pancho's Mexican Buffet on W. Markham. Easily my favorite Mexican restaurant as a kid, I adored every Sunday that we went there. It seemed to be a part of the ritual of the day. The moment church was done we'd pile back in the car and head over to Pancho's. I'll admit, it was the first place I ever saw those smiling suns that are standard for Mexican decoration, and when I was young I found some of them downright creepy. Can't put my finger on why. It was easy to forget about them when the sopapillas came to the table, though. I remember my sister and I going through punch as fast as we could just so we'd have more opportunities to raise the flag and summon a waiter. Ah, the simple joys of childhood... 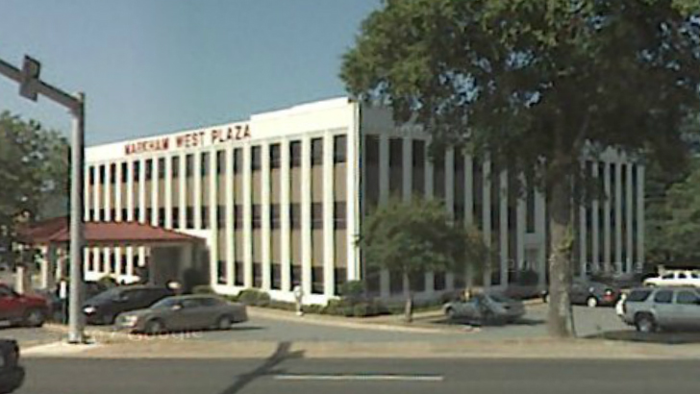 Just to cement the love-hate relationship I could have with this street, not only was our family dentist on Markham, but my orthodontist had his office there, too. That's not a place I minded going as much, though. I'm not going to lie and say that having braces tightened or a retainer adjusted didn't mean pain, but my orthodontist was a pretty cool guy. And he really, really knew how to make kids feel comfortable. I never owned a Gameboy of my own until the late 90s. I bought it on a whim so I could see what the Pokémon craze was about and have something to do on some long, summer trips, but I'd been playing games on them for years already. While waiting in one of the dental chairs, there were Gameboys available for those of us to play with. Then in the waiting room there was a Sega Genesis cabinet, the same kind used as demo stations in department stores but without the stupid timer. I tended to play Aladdin and Jurassic Park: Rampage Edition. Because when not having a magical Arabian adventure, you might as well eat paleontologists. 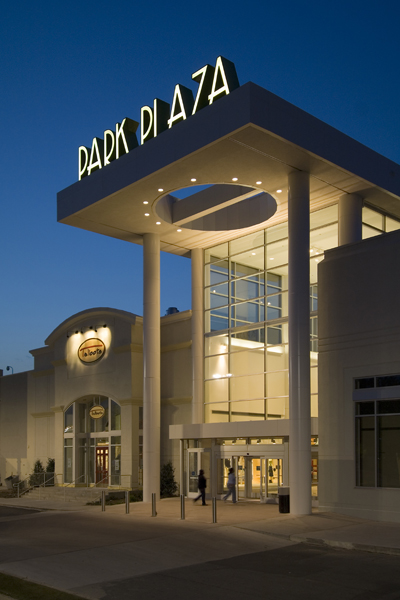 After a few blocks of nice, quaint residential neighborhood you'll come to the intersection with University Ave, and sitting right there at the corner is Park Plaza mall. This mall deserves its own article for being such a centerpiece in my youth, but I can't talk about Markham St. without mentioning it, either. A big, beautiful, formerly-80s-but-now-contemporary shopping extravaganza, this place is now the only real mall in Little Rock. Any visit would begin searching out a choice spot in the parking deck and slipping into Dillard's. It there my parents would drag us around for what felt like hours looking at clothes and housewares and any other things they could think of just to keep us from getting out into the mall itself. Conspirators...

Eventually we'd work our way from the dim, quiet department store and into the sun-lit length of the mall itself. Did I mention the glass ceiling? I should, because I love it. There was a Disney Store here where we'd preorder so many home video releases so mom could collect the lithographs, a tradition that compelled me to "complete the set" in a way just a few years ago and buy the [italic]Hunchback of Notre Dame[/italic] litho to hang on my wall. There were clothing boutiques my sister and I would spend hours in looking for things we liked, and there was, of course, a game store to look around in. Because I was a huge nerd, I'd also have to hit the book store every time we visited the mall, and if that wasn't enough, this was the same mal that my school orchestra would often come to during Christmas. There used to be a big, round, checkerboard stage on the ground floor that we'd set up on to play Christmas songs, a feature lost in the renovation years back.

When the teen years hit, this is the place I'd hang out with my friends at, turning into a true mall rat just the way I'd always dreamed. Oh, 90s style, why did you ever leave us? It used to be totally cool to hang around in the food court video arcade, wasting tons of quarters, and just generally looking bored at everything. Now when I go to the mall, I am legitimately bored. There's no arcades anymore!

We're about half-way down the street now. There's more goodies to come, but I don't want to risk having my first article run too long. Thanks for sitting with my on this little trip and giving me the chance to just go on about fond memories. If you enjoyed this then look forward to the day I get this tribute into downtown.
7
Login To Vote!