An analysis of Baz Luhrmann's Romeo + Juliet
By taciturnwes
On
In 1996. director Baz Luhrmann (Moulin Rouge, Australia) determined a new interpretation of William Shakespeare's Romeo and Juliet was due, this time modernized to efficiently market to the MTV generation. Leonardo DiCaprio (Titanic, Inception) and Claire Danes (Little Women, Terminator 3) were cast in the lead roles, and the movie proved to mostly be a critical and commercial success. However, some people including myself felt the movie to be a bit of a cinematic misfire, and I'm gonna give my analysis on where exactly I believe they went wrong.

First of all, there's the title. By titling it "William Shakespeare's Romeo + Juliet," you imply that the playwright himself would've approved of the interpretation of the text. That's a bit presumptuous, as somehow I doubt this is exactly what he had in mind when he was writing it in the 16th century. The movie should've been either titled "Romeo + Juliet" or "Baz Luhrmann's Romeo + Juliet," as pretentious as the latter may sound, it's far closer to the truth.

Secondly, the setting. If you're gonna modernize Romeo and Juliet, you really need to take the time to efficiently update all social and cultural differences between two completely different eras. That being said, the most glaring inconsistency is the dialogue. It just doesn't work to have the original dialogue in a modern setting, it comes off as bizarre if nothing else. Ironically, the filmmakers were attempting to make a dumbed-down version of the story to appeal to teens of the 90s, yet somehow they thought it would still be understandable to the average MTV-enthusiast with the original dialogue intact. Sorry guys, doesn't work that way.

Even with the characters' swords replaced with guns, the characters still refer to the guns as "swords." How do they explain that? The movie actually takes a few seconds to show a close-up of one of the guns, where inscribed is the "Sword" brand logo. Apparently every single gun in this setting is manufactured by the "Sword" company, and everyone refers to them by that name, as if they're contractually obligated to do so. Yeah, that's a believable scenario. 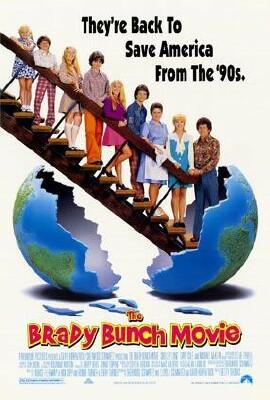 Overall, one could compare this film to 1995's The Brady Bunch Movie. Both have a modern setting where characters seem to be stuck in a time warp and are under the delusion that they're actually in a different era. The only difference between the two is, in The Brady Bunch Movie, there are actually characters aware of what time period they're in, and look at the delusional ones with bewilderment and prejudice. That could've actually made Romeo + Juliet a little more realistic.

Of course, one of the biggest issues with the film is the performances from most of the actors. While I believe that most of the cast members in this movie are more than capable as actors in general, I feel that very few of them truly understand the dialogue they have to recite. Many scenes come off as amateurish high school play productions, as they seem to have no idea where to instill inflection or emphasis on certain words.

While the movie does possess some great actors, most notably Brian Dennehy (Silverado, Tommy Boy) and Paul Sorvino (Goodfellas, Nixon), the only cast member who truly seems to understand his Shakespearean dialogue is classically trained Pete Postlethwaite as Father Lawrence. Appropriately enough, he previously portrayed Player King in Mel Gibson's 1990 version of Hamlet, as well as Quince in HBO's Shakespeare: The Animated Tales' version of A Midsummer Night's Dream.

Several key scenes in the movie also fall completely flat. Take what's arguably the most familiar moment from the source material, the balcony scene. Apparently the filmmakers thought to do it faithfully would be boring to modern teenagers so their version of it is as follows. Romeo looks up to the balcony expecting to see Juliet, is disgusted to see the Nurse is up there instead. At that moment, Juliet emerges from the elevator and walks right by Romeo without noticing him even though they're in a well-lit area and he's continuing to speak his dialogue. Apparently Juliet has no peripheral vision and suffers from recurring deafness.

She then proceeds to recite the familiar "Wherefore art thou Romeo..." dialogue without conveying any emotion, walks over to the pool, Romeo walks up behind her, startles her and she pulls him into the pool with her. They then proceed to continue the majority of the sequence while swimming around. Seriously, this is what they thought was a good idea for the modern version. Other than the excuse of getting Claire Danes wet and revealing, I can't think of any other reason to do it this way, at least nothing remotely intelligent.

Another scene is much more subtle, but nonetheless cringe-inducing. It involves a children's choir in the church, and I'm guessing the filmmakers thought that traditional Christian hymns would be considered lame to 90s kids. So what did they land on for the reason of placating the interests of the MTV generation? That's right, Prince's "When Doves Cry," I swear I wish I were making this up. Although I guess theoretically this isn't a far-fetched concept, leave it to the Catholics to further instill all new levels of blasphemy into Christianity, by embracing the pop songs of a self-proclaimed Jehovah's Witness.

Of course one of the most poorly translated aspects of the original story involves Juliet taking the potion which fools everyone into believing she's dead. Sure, this may have worked back in the days before advancements in medical science, but it would've gone down differently this day and age. After Juliet's parents had found her, paramedics would've brought her to a hospital where they would proceed to try to revive her. The doctors would've concluded she was in a comatose state, and she would've been put on life support. But let's say for the sake of argument she was pronounced dead by an incompetent doctor, she would've then been subject to morgue storage and embalming before her funeral service, that probably would've put a damper on her ruse a bit. But I'm guessing since everyone in this city is so delusional as to what time period they're in they figured, "Screw it, she's probably dead anyway, let's have her funeral immediately so we can cut out the middle man and get on with our lives before she starts emanating an odor of decay."

Looking back at this film, I couldn't help but notice that the source material itself isn't exactly great storytelling to begin with. And I know, how dare I insult one of the most iconic love stories of all time, but hear me out. The story of Romeo and Juliet is often described as a tragic love story, but honestly, are the characters really in love with each other? When the two protagonists first meet, they are mutually attracted to each other, marry and kill themselves over the course of literally just a few days. Meanwhile, they don't really know anything about each other, other than the fact that their consorting is socially forbidden, which can contribute to the physical attraction, but doesn't necessarily equal love. To me, love is defined on a more metaphysical level, and the phrase "love at first sight" is just a pretentious sidestep to describe lust.

That being said, Romeo and Juliet can be interpreted as a brilliant social commentary on the ignorance of teenagers, who think they know everything about life and love, and conflicting parental views are to be dismissed. Not to mention that an ended romance should result in suicide, cause yeah, there's no way you'll ever find anyone else to fill the void. It sort of works as a cautionary tale that one should learn to gain perspective before resorting to irrational decisions that could affect your life as well as the lives of others. 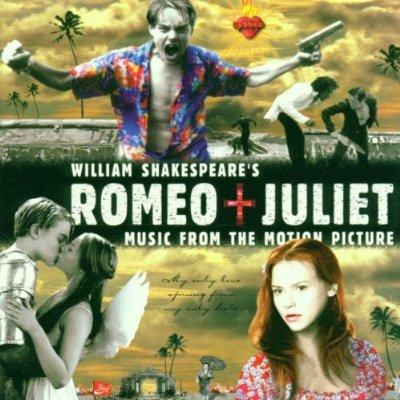 Keeping this in mind, I find one of the film's soundtrack selections to be highly appropriate, "Lovefool" by The Cardigans. While I personally despise the song and find the sound of it alone to be grating, the lyrics really fit the theme of self-absorbed and ignorant interpretations of love, just take a look:

"Dear, I fear we're facing a problem
You love me no longer, I know
And maybe there is nothing
That I can do to make you do
Mama tells me I shouldn't bother
That I ought to stick to another man
A man that surely deserves me
But I think you do

In retrospect, Romeo + Juliet is a shining example of cinematic misfire, yet due to its popularity and semi-cultural significance it will now continue to be screened in 9th grade English class for years to come. My generation specifically alone started this trend, as it was first released on video right before I was a freshman in high school. But as long as they also continue to screen the highly superior 1968 version of the story in class as well, it won't be a huge loss.
5
Login To Vote!
More Articles From taciturnwes

19
Quote O' Matic
beavis: "I don't know butthead that is a lot of money heh heh,maybe if we close our eyes and pretend he's a chick -beavis"
Added By: System
Beavis and Butt-Head Do America
An unhandled error has occurred. Reload Dismiss