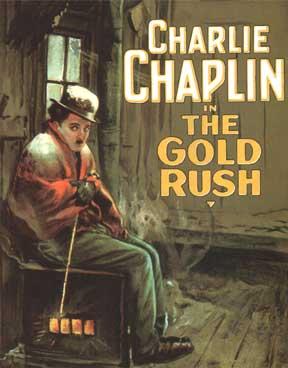 Charlie Chaplin always described this movie as the movie he wanted to be remembered for the most. Just by watching this movie, you can already tell that this has "memorable" written all over it. Chaplin plays a lone prospector who gets caught in the middle in the events of the Alaskan Gold Rush. Not only is there one, but two versions of this movie: The original 1925 silent version and the 1942 reissue. Though the latter version cut some scenes out and a narration track by Chaplin was added, it shows the film is better picture quality than the 1925 original. 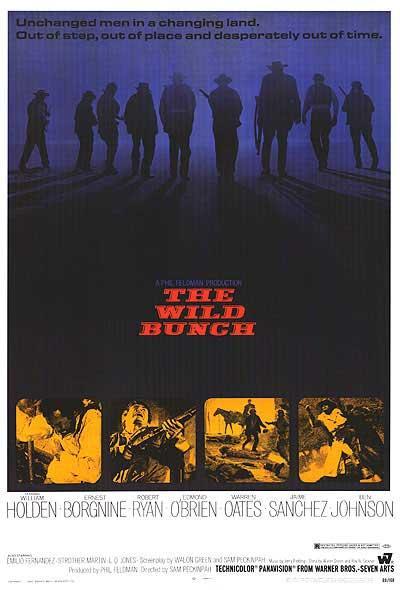 This classic western just barely makes this list by a hair. Though not as good as Clint Eastwood's Unforgiven, this western has it's own good share of violence and story. This movie is well known for the amount of violence on screen (especially in the beginning). Though this movie wasn't nominated for any major Oscars, a documentary short made in 1996 about the making of this movie, was nominated for Best Documentary Short. 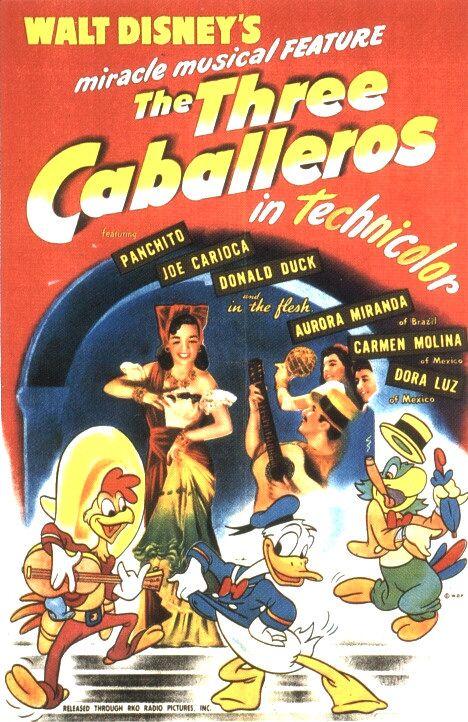 Yep, the first Disney movie to make the list. This the second of six "package films" that Disney produced. Unlike most of them, the seven segments actually are connected with each other. The final five segments have Donald Duck celebrating his birthday with his Central and South American friends: Jose Carioca (a Brazilian parrot) and Panchito Pistoles (a Mexican rooster). The theme song for the trio is also very catchy. 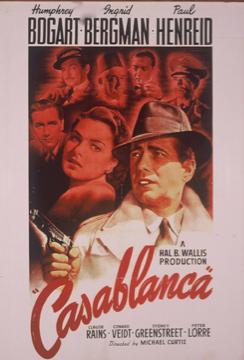 Not only is this one of the greatest movies of all time, it is also one of the movies that Warner Bros. is well known for. Set during World War II, it focuses on a cynical and bitter nightclub owner named Rick Blaine (Humphrey Bogart), who is torn between, in the words of one character, love and virtue. He must choose between his love for a woman (Ingrid Bergman) and helping her and her Resistance leader husband escape from the Vichy-controlled Moroccan city of Casablanca to continue his fight against the Nazis. Bogart's acting is excellent and he should won his "Best Actor" Oscar. 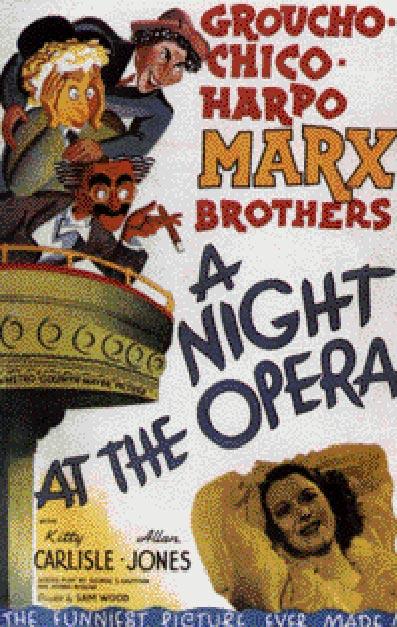 Though the opera singing scenes are worth skipping, this movie as a whole is a laugh riot. The movie has the Marx Bros. (Groucho, Chico, and Harpo) helping two young lovers succeed in love as well as in the opera world. With memorable comedy scenes (i.e. the contract scene and the stateroom scene) and great acting, this is a really overlooked comedy.
5. Easy Street/The Kid (tie)(1917/1921) 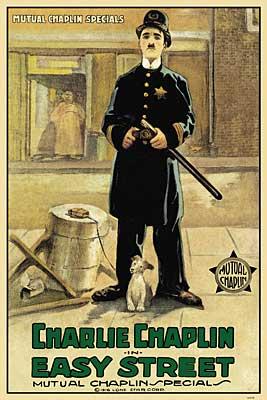 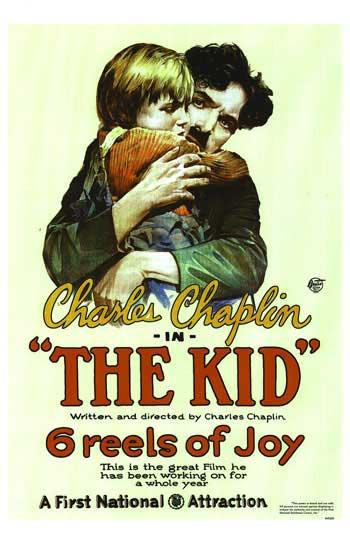 It's really hard to pick a favorite silent Chaplin comedy, thus why this is in a tie. Easy Street has the Little Tramp becoming a cop who rids a street of bullies, help the poor, save women from madmen and generally keep the peace. The slapstick and fight scenes are really hilarious. The Kid has the Tramp becoming a father after he finds an abondoned baby. After a few years pass, welfare agents take the kid from Chaplin and he goes to rescue his son. Out of all his comedies, this has to be his most emotional movie (especially the Tramp's rooftop pursuit and their emotional reunion). 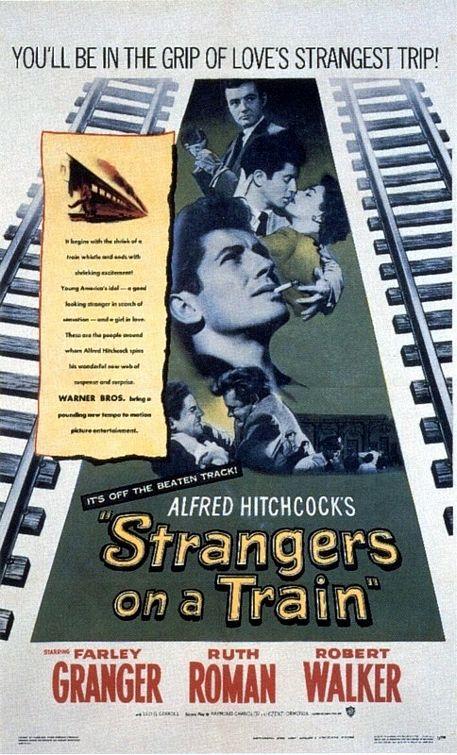 I'm not too familiar with most of Alfred Hitchcock's movies. When I recently saw this movie for the first time, it really blew me away. The movie has a tennis player named Guy Haines (Farley Granger), who tries to divorce his unfaithful wife. On a train, he meets the clever, but psychopathic Bruno Anthony (Robert Walker). He convinces Guy to kill his father if he kills his wife. They soon agree and Guy's world soon turns upside down. This movie has possibly one of the best climaxes in cinema history. 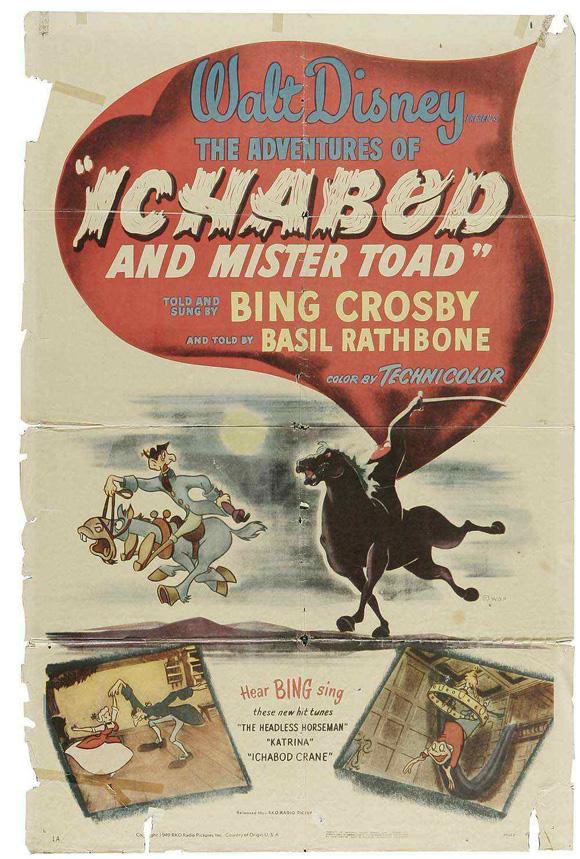 Out of all the package films Walt Disney produced, this has to be the best one, if not one of Disney's best animated films. The movie has two segments. The first is a retelling of Kenneth Grahame's Wind in the Willows and the second is a retelling of Washington Irving's Legend of Sleepy Hollow. Though most people say that the Ichabod segment is the best (I will say that the Headless Horseman chase is one of most beautifully animated scenes in animation history), I say that the Mr. Toad segment is my favorite. Also the song in the first segment called "Nowhere in Particular" is my all time favorite Disney song (and hopefully doesn't get runied by artists like the Jonas Queers and Hanna Monstrasa) 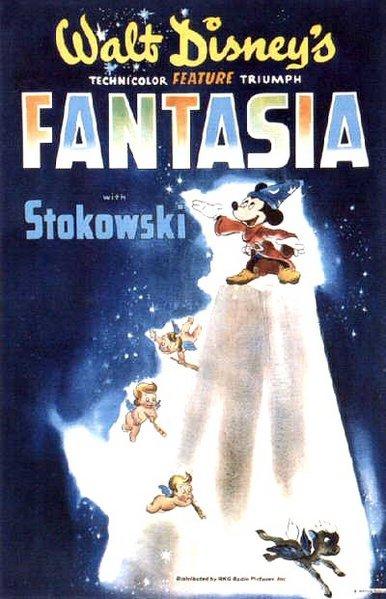 But the distinction of best Disney film of all time goes to this masterpiece. The movie consists of nine animated segments that are set to classical music. Though most people think of Sorcerer's Apprentice segment when they think off this movie, the best segments in my opinion are the Toccata and Fugue in D Minor, Nutcracker Suite, and Dance of the Hours segments. No other Disney animated feature since this movie has ever matched it in terms of excellent animation (Lion King and Fantasia 2000 are close contenders). 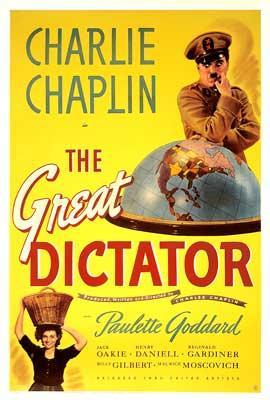 This movie should have taken the distinction of being named the greatest comedy of all time by the AFI. Charlie Chaplin plays two roles: ruthless dictator Adenoid Hynkel and the unnamed jewish barber. Like any Chaplin film, there are many memorable scenes, most notably the scene where Hynkel dances with an inflatable globe to the tune of a theme from Richard Wagner's Lohengrin and the riveting ending speech. This movie, as well as Chaplin's other works, need to make their way back to popularity in today's generation