An examination of influential Nintendo games that made the difficult transition to 3D
By Starscream98
On
This will be the first of what I hope will be a three part series of articles exploring the often difficult, but rewarding transition that video games made from two dimensions to three. Throughout my childhood I became familiar with Nintendo as a primary provider of video games and have had the most experience, and experiences with their consoles. With that in mind, I want to make it clear to you all that I am not suggesting that breakthrough or transitional games were never released on a SEGA or Sony gaming system. I am merely drawing on those games which I feel are most important to me. Through this article however, I hope to influence your understanding of why these titles have not only lasted the test of time, but were able to usher in a new era for 3D video games which we are all familiar with today. 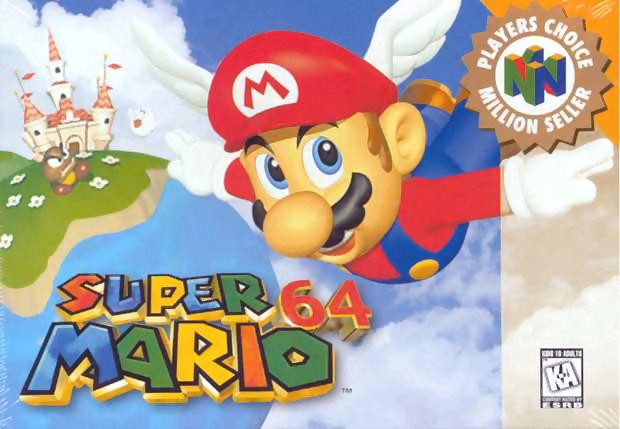 Now that the formalities are out of the way, I would like to begin this article by taking a look at a video game that not only maintained the integrity of the past, but took grasp of the future and changed the way I saw video games. To say Super Mario 64 was an important game is a complete understatement. Of course we know it's in 3D, but what this meant for Nintendo at the time was huge. The Entire Mario franchise, which to this date was entirely based in the familiar two-dimensional world, was now completely altered. Though the Mario franchise had certainly undergone changes throughout the years, (Super Mario Bros 3, Super Mario RPG, Super Mario World 2) the changes were never as dramatic or apparent as they were in 1996. 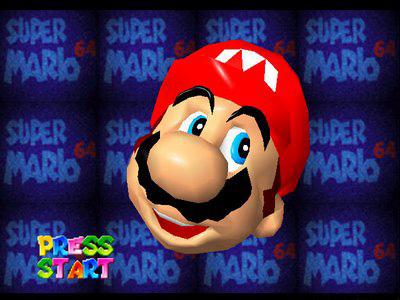 As a launch title, Super Mario 64 not only introduced gamers to the Nintendo 64, but to the larger changes that all systems were undertaking. I got my first glimpse of the new 3D Mario in the window of my local Blockbuster video store. Of course the line-up was long, so I had to convince my mother to explore the store while I waited for my chance to try out the new controller and of course move Mario around in a 3D world. Though my initial experiences were short, they had uncovered a new part of my imagination which was previously undiscovered. It was potentially the most incredible gaming experience I had ever encountered in my short young life. From the initial encounter with the Mario face mini-game, to the exploration of Bob-omb Battlefield, Super Mario 64 left an impact on all who picked up the controller. 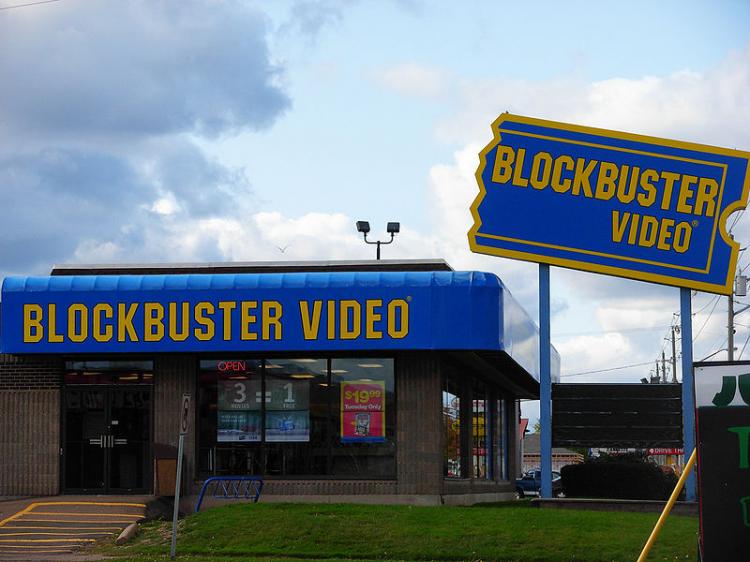 After finally receiving an N64 of my own, I was finally able to enjoy the game from the comfort of my own living room. Though admittedly I never actually owned Super Mario 64 until years later, I borrowed my friends copy indefinitely until I managed to buy my own. (He was spoiled and had like every game so don't feel too sorry for him). Aside from the actual astonishment of playing a 3D game in my own home, Mario 64 proved to be an incredible platforming masterpiece. Though difficult at first, the jumps soon became smooth, the bosses were no longer invincible, and the story (while basic) became engrossing. The game has a certain "epicness" to it, while at the same time remaining a charming and friendly Mario game. The music, enemies, and level designs though certainly new, still had a classic Mario-esque feel to them, and enchanted me as I journeyed from world to world. The stages themselves were an amazing implementation in themselves. Unlike the previous Mario games, there was no over world, instead Mario explored a giant castle which had massive paintings scattered throughout. To enter the many worlds that Mario would encounter, you actually jumped through the respective paintings that represented the area within. This proved to be very innovative especially in later areas where one world may have different paintings to enter, and the world itself would change depending on where or how you jumped through the painting. 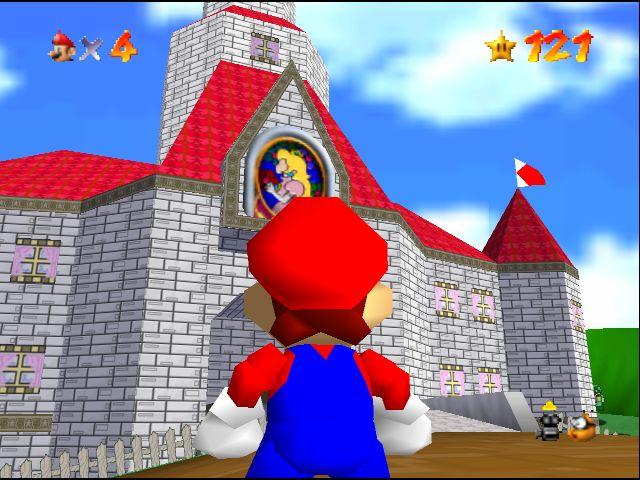 Another major deviation from classic Mario titles was the style of the game. Instead of running in essentially a straight line to finish a stage, each area could be completed different ways in order to earn different stars. Stars were then used to gain access to different areas of Peach's castle. Each major area of the castle also culminates in a duel with Bowser. These battles (especially the final one) are amazingly executed and provide the gamer with the ultimate way to beat up and humiliate the King of the Koopas... 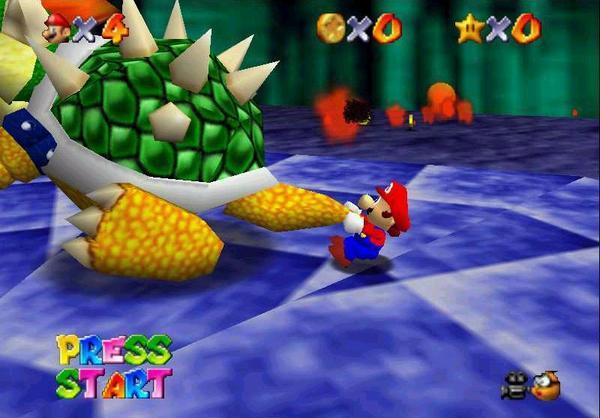 Much in line with former Mario titles, Super Mario 64 contained many powerups for Mario to use. Many of these items were new to the franchise and would become staples for future games. The game utilized a nifty hat system whereby Mario could switch hats and gain special powers. For example the winged cap would allow Mario to triple jump and fly throughout the sky. The metal cap was also an important item and allowed Mario to walk along the sea bed, or resist strong ocean currents. Aside from gaining powers from these various hats, Mario could also lose his own cap to wind, or monkey theft (don't ask) and would take more damage from enemies unless he was able to find it again. 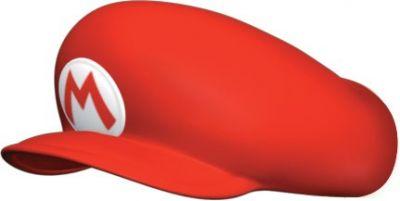 Waitasec... I know what you're thinking, take more damage? Yes, in Super Mario 64, Mario actually has health. It may not seem like a novel idea, but believe it or not (at least to my recollection) this was the first game in which Mario actually had health. To replenish himself after taking multiple hits, Mario would simply grab some coins and regain his composure. This obviously led to some stressful situations when I would be frantically searching for coins, while trying to avoid a thrashing from Whomps. 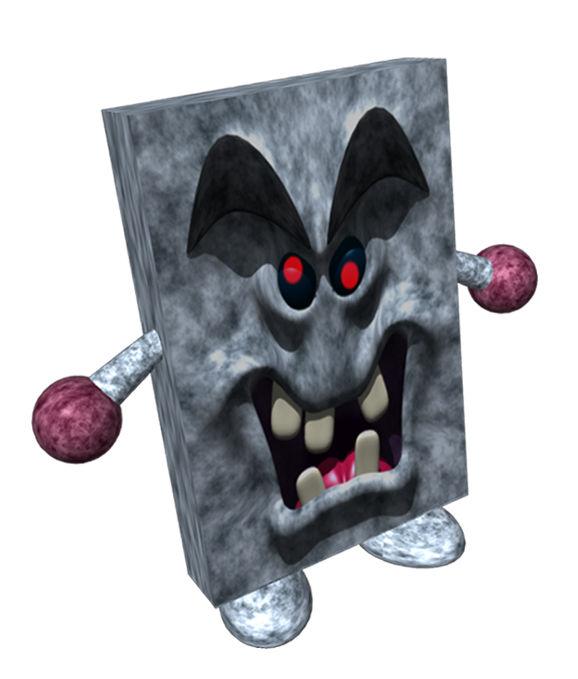 The ultimate feat of this game isn't that it was a commercial and critical success, but that it still "felt" like a Mario game, while simultaneously changing the way we view him. Super Mario 64 is still stylistically, musically, and graphically in line with all previous, (and subsequent Mario games) while at the same time is able to branch off, and let Nintendo leap to new creative heights.


In 2004 Super Mario 64 was released for another generation, this time on Nintendo's dual screen portable gaming system, Nintendo DS. As an obvious fan of the original game I opted to purchase a DS with the game and re-explore the mushroom kingdom. Though the controls were a bit different and there was some updated graphics, the game was essentially identical. As one of the most popular portable gaming systems of all time, I would like to think that Super Mario 64 has a little something to do with the amazing success of the DS. Also I think it very noteworthy to add how much this game has impacted the rest of Mario's 3d platforming adventures. Most obviously both Super Mario Sunshine and Super Mario Galaxy share many similarities with Super Mario 64, and certainly drawn on many of the game's strengths as their own. 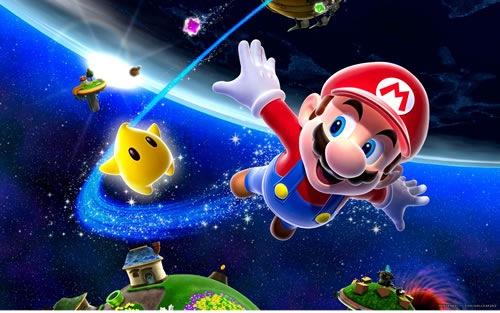 To sum up, Super Mario 64 remains to this day an exploration in retro-gaming, while simultaneously remaining extremely playable and relevant to today's gamers. There is nothing more disheartening than looking back on an old game with adoration, and then realizing your old gem is about as polished as a lump of coal. The beauty of Super Mario 64 is that it is just as fun today, as it was when we all got our first glimpse of Mario in three-dimensional beauty. I hope you enjoyed the article and I hope that you all get to explore this game on either the DS or on the Wii's Virtual Console! 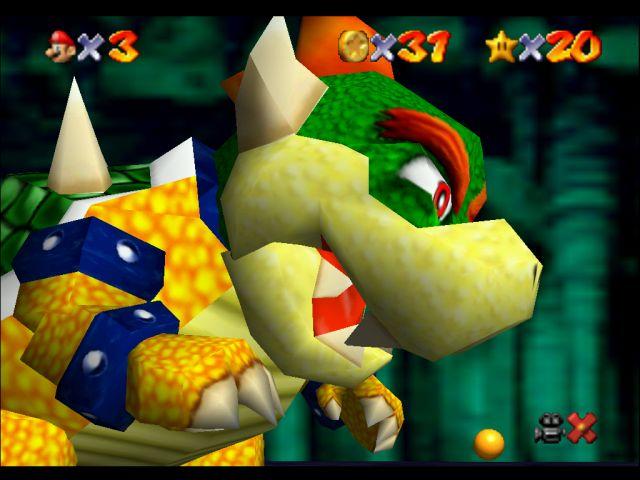 27
Starscream98
A Masterpiece of the 16bit Era
An artile dedicated to Super Mario RPG, and the reasons behind its greatness.
-4
Starscream98
Megaman 2
The true beginning of a franchise

23
Quote O' Matic
Jimmy Kimmel: "Okay, Here is that not so good news. Toys "R" Us is going out of business. Toys "R" Us is closing all of their 1,795 stores worldwide and putting Babies "R" Us in Adaption. I'll tell you. I will always remember Toys "R" Us as a retail store where children had a complete meltdown and excitement everytime we went there. I guess people don't do that anymore! Everybody now buy Toys on Amazon! Amazon will not rest until every other store is an abandoned warehouse is a teaming racoons."
Geoffrey the Giraffe: "Hello, Kids!"
Jimmy Kimmel: "Wow! How are you doing? Welcome! Welcome my friend! It's the Toys R Us mascot, Geoffrey! How are you?"
Geoffrey the Giraffe: "Doing good! I have a question for everyone here! (To the audience) Do you like toys?"
Audience: "YES! (They cheered)"
Geoffrey the Giraffe: "(Voice breaksdown) Well, I don't have any toys! Because, We are bankrupted (Sobbing hysterically)"
Jimmy Kimmel: "Aw, Cheer up, Geoffrey. It's going to be alright."
Geoffrey the Giraffe: "(Angrily) NO, IT'S NOT! IT'S NOT GOING TO BE ALRIGHT! BECAUSE YOU MONSTERS BOUGHT TOYS ON AMAZON! (Voice breaksdown) Now I'm out of a job! (Sobbing hysterically again)"
Added By: BuddyBoy600alt
Jimmy Kimmel Live