Look ma, no limbs!
By Benjamillion
On 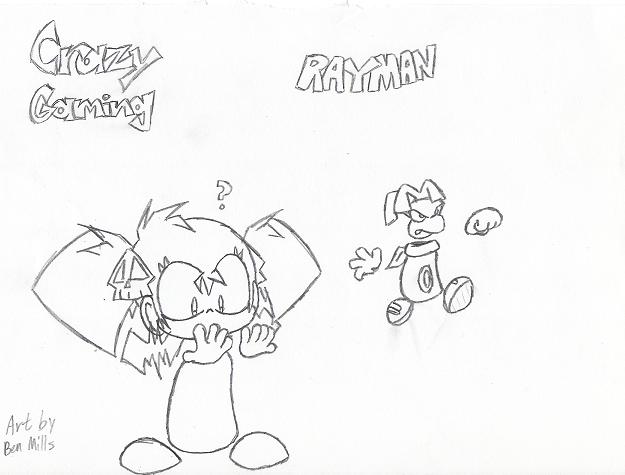 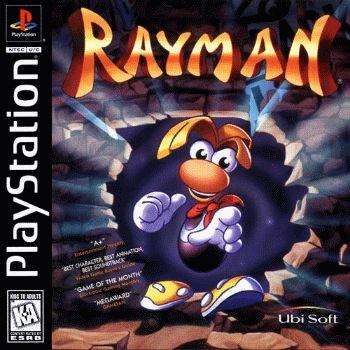 There's very few games that originated from the Atari Jaguar that successfully ported to other systems, with mascots being a cash cow. And just like the few that got their own franchises, they didn't carry on for long by either having a bad rep or they were either put to rest by their own game designers. Rayman had stood with us until the Raving Rabbids series came along, and he'll be making his return in Rayman Origins. But today, we look back at the game that started it all. 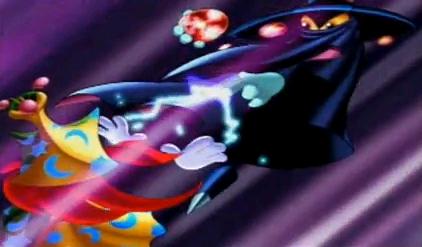 Before even getting to the title screen, we're introduced to the game's story, told by a magician, known simply as "The Magician". Rayman's world (though never given a specific name) has lost its natural balance from a cloaked man known as Mr. Dark, as he takes off with an orb known as the Great Protoon. With it no longer in its place, its guardians, the electoons are scattered around the world and become entrapped in cages. Rayman is then called into action to bring back the electoons and defeat Mr. Dark. 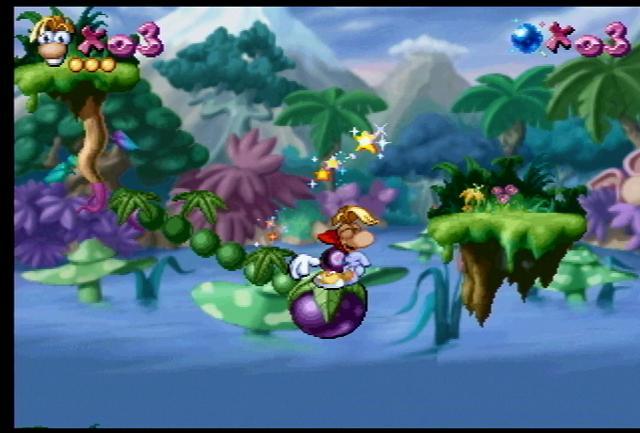 The levels are divided into little stages that require you to find the caged electoons that are put in random places. But your given moves at the start are needed to make it possible to reach some of them, while others are easy to get to, and every few levels you beat, Betilla, a fairy guardian awards you with new powers as you progress, such as using your fists, holding onto ledges, and using your hair to hover like a helicopter. 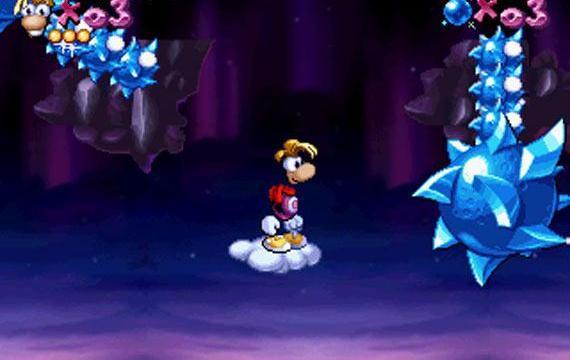 The stages have a good balance of difficulty, though when scouring for the electoons, it can baffle the player at times. For example, a cage won't just be in plain sight, one may appear after moving at a certain part of the stage, like walking into a wall or traversing an alternate path in the stage. Also a problem is that there's a good number of pitfalls. Some pits lead to extra lives or a hidden caged electoon, but with the handfuls of them that are in the stages, it can fool you into thinking that any of them could be safe. You'd think that there would be like a radar or guidance system for them, but you're either left with an online walkthrough or another way of help. 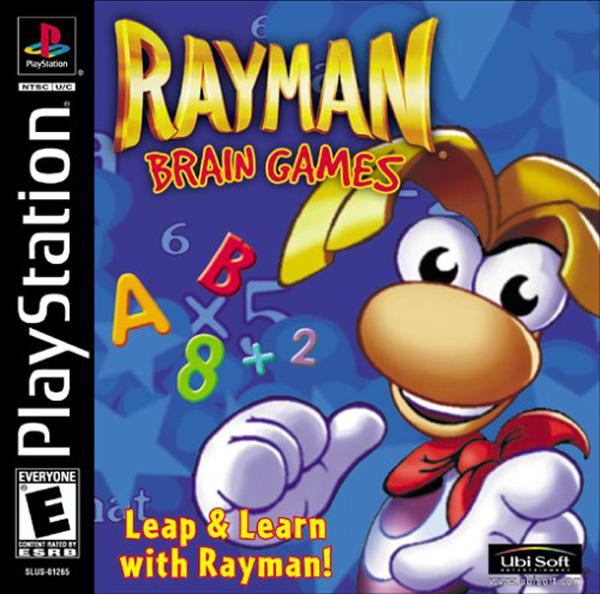 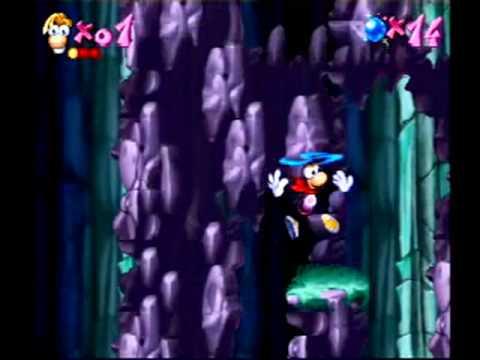 To make up for it though are the lush environments, meshed with the orchestrated cd quality music. There are five different environments within Rayman's world, such as the Dream Forest, Band Land, and Blue Mountains, each ending with their own boss, requiring good strategy to beat each one. A few lives may be lost for a first time playing, but once you get used to their attack patterns they'll be beaten soon enough. 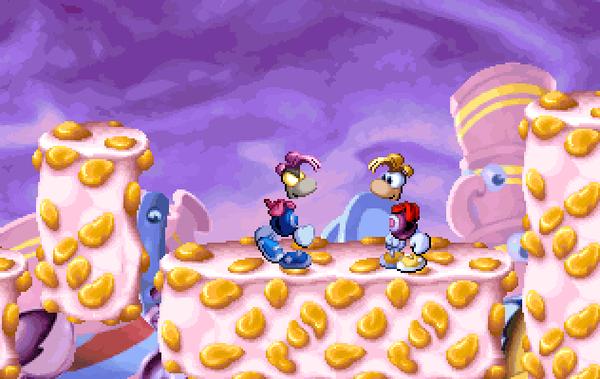 "Dude, what number am I thinking of?"

After obtaining all of the electoons in each of the levels of the game, the road to Mr. Dark is unlocked, the Candy Chateau. If you thought the names of Super Mario World's levels left you hungry, watch out for this one, because it's all literally food. The level starts out as you're snowboarding with a frying pan, following another where you make it to the exit as a rayman clone follows your every move, so just standing there is never a good idea. Once you make it after the next few stages, it's the final showdown. It'll take all sorts of game skills to make it through this guy, as he shoots flames across the screen and flies around to different sections of the screen. 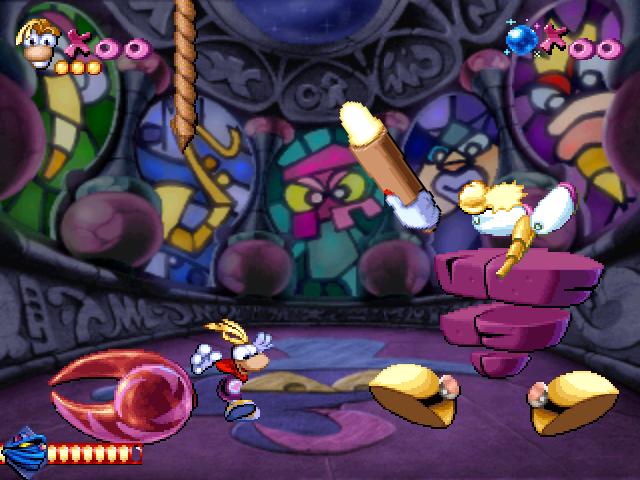 But to hold you over for the true fight, he meshes parts of the past five bosses together to make for an overwhelming fight and much thought with strategy. There are three different forms, so once one is dead another one is ready to fight. And after each one is defeated, the game is won. One thing made me wonder though. Whatever happened to Mr. Dark after that? Did he just disappear, or did he merge with the three forms of bosses? 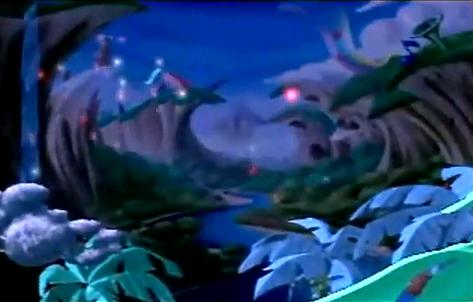 So the game ends with a series of fireworks set off as the magician from the intro (though offscreen) congratulates you for your victory, and the credits roll from there.

So to end with a high note, Rayman is simply one of the more better known titles in the Playstation library coming from the system's launch. It holds up as one of the most challenging platformers, as well as a good number of musical tracks and superb looking environments. In a way, it's more memorable than the second and third sequel that followed because of its unique style of gameplay, and that's not saying much.


Coming up: The eastern meets the western in a turn based RPG
6
Login To Vote!
More Articles From Benjamillion 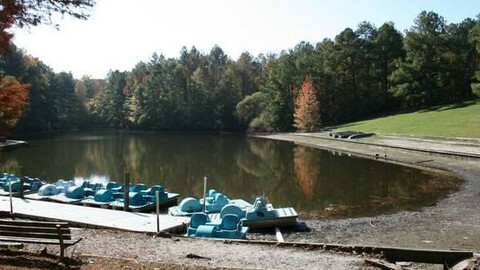 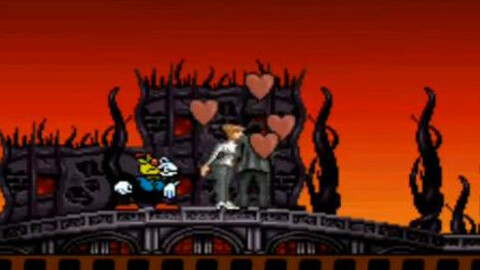 4
Benjamillion
Crazy Gaming: Cool World
Doing chores in a video game, what's not to like?

17
Quote O' Matic
Ruthie: "Do you have to have special clothes to feel special? I just put on a clean pair of underwear and I feel great -Ruthie"
7th Heaven