My memories of the MMPR franchise
By Hoju_Koolander
On

Take the giant robotic awesomeness that is Voltron, mix in a little Saved By The Bell high school buffoonery, topped off with a healthy dose of Ninja Turtles-esque martial arts and what do you get? My friend, you've got yourself some Mighty Morphin Power Rangers! A 90's media juggernaut whose legacy has lasted waaaaaay beyond its other fad-based brethren, Power Rangers is surely deserving of a nostalgic look back.

By all accounts I should have been too old to enjoy the exploits of Zordon and his "teenagers with attitude". In 1993 I was 11 years old and just a year away from entering Junior High, where Beavis and Butt-Head would reign supreme. But when I caught the robot-dinosaur-laden commercial touting the coming of the Mighty Morphin Power Rangers to the Fox Kids morning lineup, I couldn't deny their appeal. I had my doubts as to whether this new super group would be able to depose the X-Men and Batman: The Animated Series cartoons that were currently blowing my mind. But I knew I would be there the morning of the power-packed premiere. 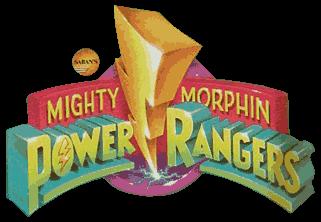 At the time the commercial aired, I was enjoying an extended vacation in New Jersey living with my Aunt and her family. My parents had just gotten divorced, so when my Mom offered me a chance to move away from my now "broken" home and start over for a summer, I was all for it. 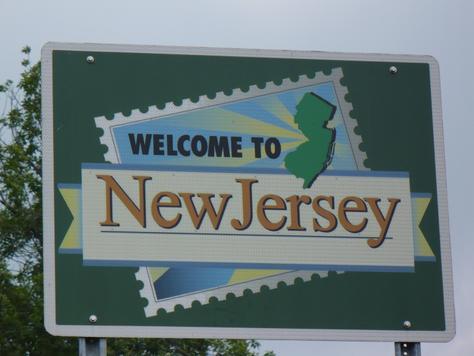 I arrived in New Jersey during the summer of '93 and got to experience great East Coast amusement Parks like Paramount's King's Dominion and Hersheyland. It was during the trip to Hershey,PA with its Hershey Kiss shaped street lights, that I first laid eyes on the Power Rangers and Rita Repulsa in all their poorly dubbed glory.

That morning we were going on the Hershey Chocolate Factory Tour, but I made it very clear that no tour would tear me away from the TV until I figured out who that weird floating head guy was. I've always loved transformation sequences. From Iceman and Firestar's split screen change on every episode of Spider-Man and His Amazing Friends to Jerrica touching her earring to initiate her transformation into pink pop sensation Jem, I was completely mesmerized.

So you can bet that when Jason first shouted "It's Morphin' Time!" and the disembodied heads and arms of Trini, Zack, Billy and Kimberly poked through the lightning storm background I was hooked.

There was plenty of excitement to be had. What with the Putty Patrol and Rita throwing her magic staff to Earth all the way from the Moon in order to "Make my monster grow!" But despite all that excitement, the main image I remember from the first episode was the Megazord calling down the Power Sword from the heavens and the thankfully not seizure inducing strobe flashes that followed. Such power, such majesty, such a difference between film stock!

OK, so it was obvious from the beginning that the show was just stitched together from some ancient Japanese program. But I had already forgiven such corner cutting during the run of the Americanized Ultraman revival circa 1988 (anyone else remember that show?). Power Rangers had bright costumes, fighting and of course, Kimberly. I WOULD be back for more. 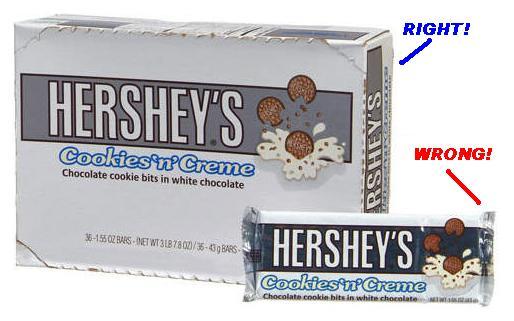 We went to the chocolate factory and I got my fun size cookies and cream chocolate bar upon exiting (Seriously Hershey's, fun size? You didn't have any factory second full size bars you could throw my way. Cheap skates). But what I really wanted to do was get home and build my own Power Morpher, so that's exactly what I did.

Using cardboard, tin foil and some Scotch tape I set about to makes the world's crudest prop replica Morpher and I loved it. I even made each individual Power Coin so that I could pretend to be any one of the Rangers (the details of my Kimberly and Trini role play sessions are best left undisclosed, just kidding). I even ended up going to school in New Jersey for the fall and took my makeshift Morpher to school with me, just in case Goldar showed up to wreak havoc during home room. 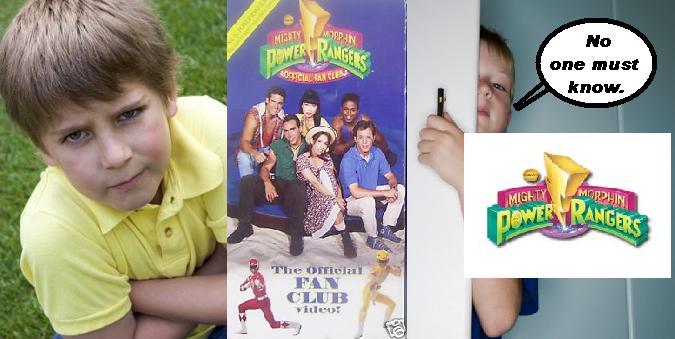 After Christmas break I moved back to Southern California and on the first day of school a kid I had grown up with said, "Oh man, we thought you moved. We were happy." Yet another reason I didn't give moving to New Jersey a second thought. But seriously, who says that? Anyway, I knew my Power Rangers fandom wouldn't win me any new friends, so I decided to keep it between myself and my new, younger neighbors who had moved in next door while I was away. 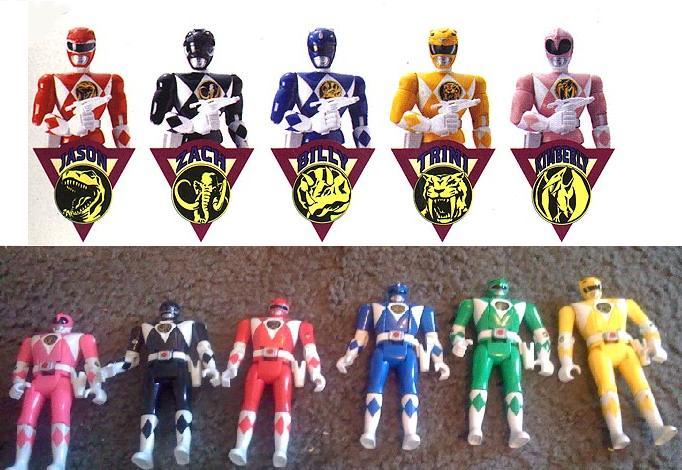 A.J. and Brandon were awesome kids and they LOVED the Power Rangers. They had a huge batch of the figures, both the larger 10 inchers and later flip-head 5 inchers. Surprisingly, I never bought more than one or two of my own, but that wasn't for lack of trying. 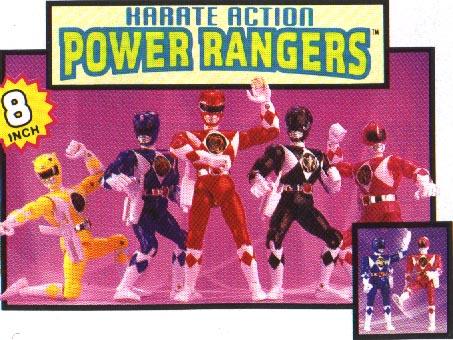 Before Tickle Me Elmo, Power Rangers were the impossible to find and in-demand Christmas gift of a generation. It was crazy. You'd go to Toys R' Us: SOLD OUT. Kay-Bee Toys: SOLD OUT. The Mall: You better get your wallet OUT! 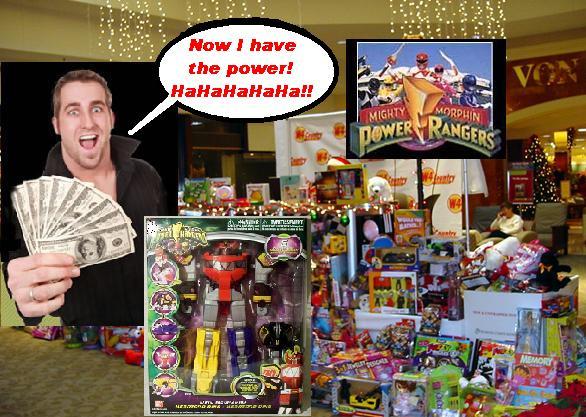 As soon as the phenomenon hit, some very perceptive entrepreneurs managed to buy up all the best Power Rangers figures and set up kiosks in malls, where they proceeded to gouge foolish parents with Power Zord-sized prices. If you wanted a Red Ranger or the ever elusive Megazord figure, you were talking $50-75 bucks easy. It was madness. I did my fair share of staring at the coveted toys, but I never imagined asking my parents to cough up $50 bucks for a Power Ranger figure...well, maybe the Pink Ranger (JUST KIDDING, GEEZ!).

I did eventually end up with a Black Ranger flip-head figure, which was fine, because Zack was my favorite anyway (I have no idea why). If you don't know, the flip head figures started out with the human head of the Power Ranger showing, but when you squeezed their legs together a helmeted head flipped out from the chest of the figure simulating the transformation. The Mon-Star figure from the 80's Silverhawks line had the same feature. But for me, Power Rangers were more about acting the part, than playing with the toys and that's where my neighbors A.J. and Brandon bested me once again. Those kids must have had awesome grandparents.

Yes, I had my homemade Power Morpher, but they had the official licensed Morpher with electronic sounds AND the Red Ranger Power Dagger/Gun! I wasn't a huge Jason fan, but when the Green Ranger hit the scene and Brandon was running around with the official Dragon Dagger flute thing, I was "green" with envy (sorry, I had to do it). 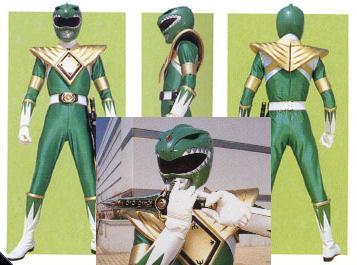 Everybody knows that Tommy, the Green Ranger was the best ever and so was his Dragonzord, so holding in your hands the means by which that giant, metal Godzilla could be called forth to do your bidding was the ultimate status symbol. 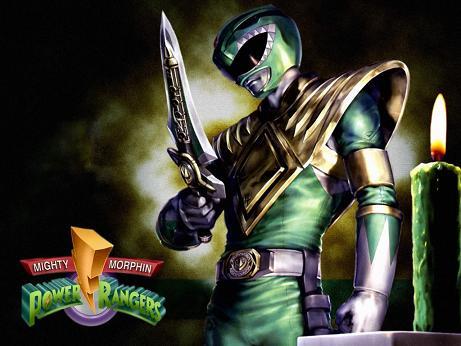 I have to devote at least one paragraph to the Green Ranger. When Tommy came on the scene he was the mysterious new kid who could match Jason (everybody's favorite Ranger) in martial arts prowess, instant street cred. Plus he had the long hair, what a rebel! 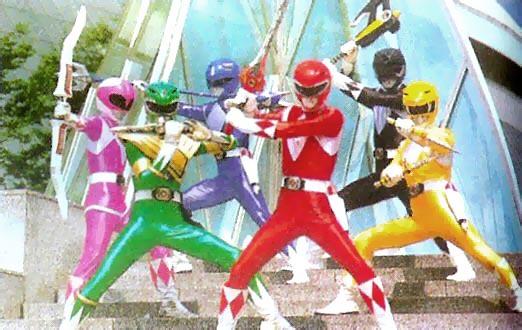 Then he became possessed by Rita, disabled Zordon and the Zords, infected Alpha with a virus (my hero!) and beat the crap out of all 5 rangers during each episode of the week long Green Ranger mini-series. As kids in the late 80's and early 90's we never got anything this epic. 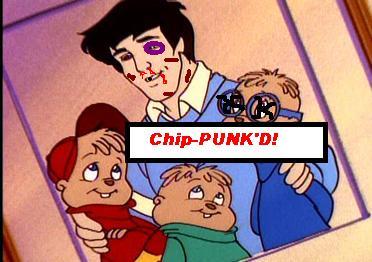 Alvin and The Chipmunks never had an episode where and Evil Chipmunk came and beat up Dave Seville, then pummeled those buck-toothed boys within an inch of their lives. It was guaranteed that I would be plugged in all week to witness the havok being wreaked by the Green Ranger. But then, in a very Smurfette turn of events, Tommy was released from the spell and joined the team! On a side note, anyone who wears a giant set of gold should pads is instantly awesome, in my book. 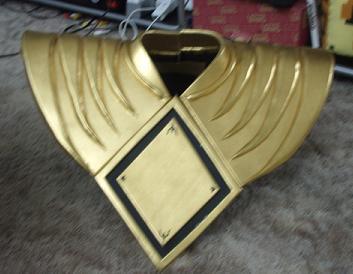 Shortly thereafter the Power Rangers made a live appearance at nearby Universal Studios that literally stopped traffic. I remember talking my Mom into letting me stay home to watch the local news coverage of the event (yes, it was THAT big of a deal) and seeing the aerial shot of the freeway totally jammed by parents trying to get their kids in to see their helmeted heroes. 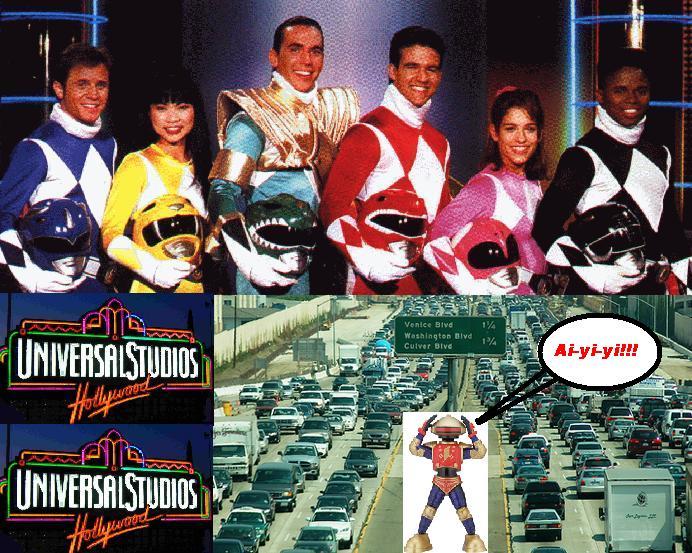 When the individual Rangers were interviewed they talked about positive mental attitude, not using violence to solve problems and saying NO to drugs. BAH! What about Rita? What about Lord Zedd? Are you saying we have nothing to fear, when giant monsters are battling you guys daily at 3:30pm? You are some kind of delusional fool, Jason David Frank. 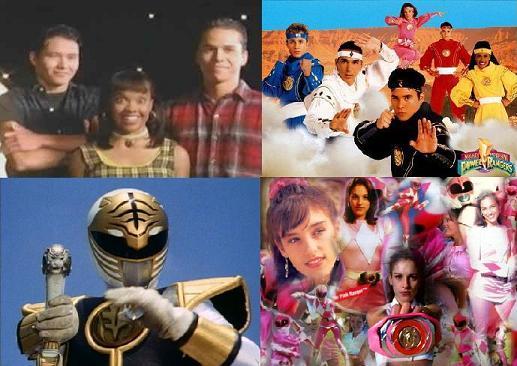 I continued to watch the show every day after school until 8th grade (I know, I know). I stuck with it through the loss of Trini, Zack and Jason, the stupid Ninja Rangers thing and Tommy talking to his KITT-like tiger sword, Saba, after he became the White Ranger. But when Kimberly left, I was crushed.

No more gymnastics? No more Valley-girl slang? Sorry Rangers, you lost me. I watched your show for exploding Putties, the Dragonzord and that sweet, little pixie name Kimberly. You think Aisha and her corn rows were gonna satisfy my emerging hormones? Yeah, right! But at least I had one final hoorah with the Pink Ranger before I bid the world of Mighty Morphers good-bye. 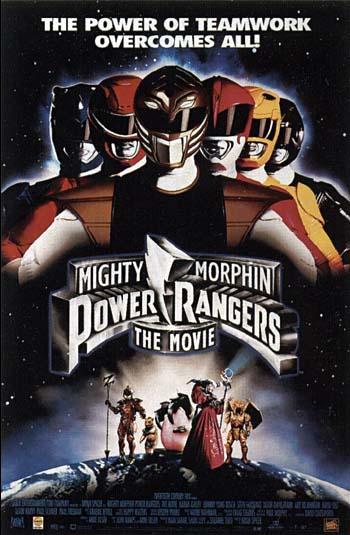 Power Rangers: The Movie, Oh yeah! Production values the show had been begging for, a cool new villain and awesome soundtrack song featuring the lyrics "Uh-Oh we're in trouble, something's come along and burst our bubble, yeah-yeah!" Attending the Power Rangers movie was also my first experience baby-sitting . 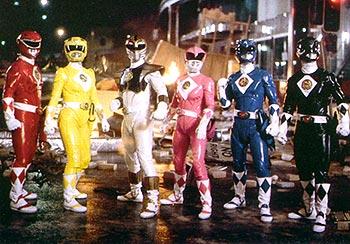 I was drafted by my buddy Devin's mom to take his little brother Teal (awesome, hippy name) to a mid-afternoon showing and keep an eye on him. When Devin refused to go to the movie, I should have known I was in uncool territory, but I guess he let me slide because we both liked X-Men which was still very cool. So Teal and I went and I thought the movie was a fun way to spend 90 minutes. Ivan Ooze was the right kind of evil British alien mutant and the new costumes looked totally rad. 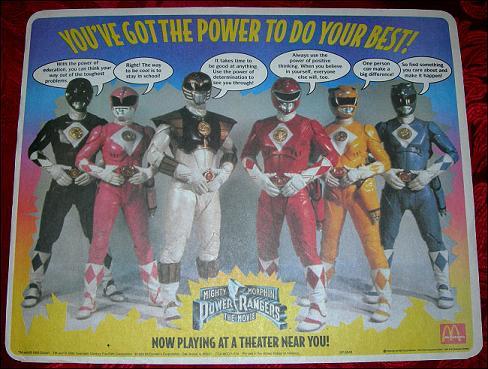 Teal and I went to McDonald's afterwards to get the Power Rangers movie tie-in Happy Meals and all was well with the world. I had seen the peak of the Power Rangers phenomenon and was ready to move on. Since 1995 I haven't given the Rangers much thought. In fact, I can't believe how much I've had to write about (I didn't even get to my praise of comedic geniuses Bulk & Skull). 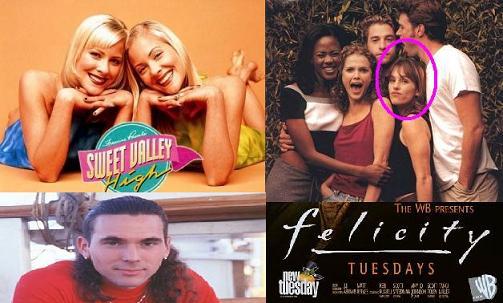 I caught Kimberly aka Amy Jo Johnson on a couple episodes of the early WB series Felicity, but the magic was gone. Tommy aka Jason David Frank made a guest appearance on a few episodes of the short-lived FOX series Sweet Valley High (if you remember that show, you get a cookie), but the spark in my power coins was gone. I will always have a fond place in my heart for the Mighty Morphin' brand of Power Rangers. Here's to hoping they get a legitimate DVD release someday. For now, It is no longer Morphin' Time. 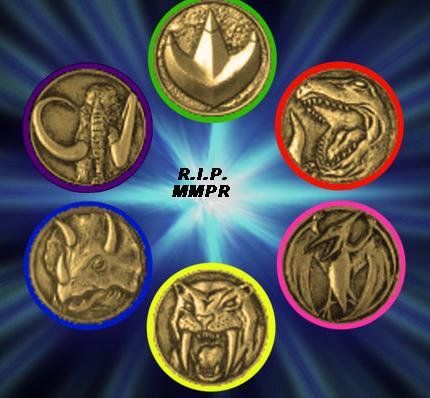