The best wrestling figures of my childhood.
By Adrift923
On

Starting in 1990, the Hasbro toy company acquired the license to make toys based upon WWF wrestlers.

Prior to this, another company named LJN made a popular line of WWF figures, but I never had any of them.

Before I get to the list, I will provide you with a little background information on when I became a wrestling fan:

I first started watching WWF Primetime Wrestling in 1991, around the time of Wrestlemania VII.

Soon after becoming a fan, I rented all of the old WWF videos I could find at my local Front Row Video store they had an extensive collection with tapes on everyone from Jake the Snake Roberts to Bruno Sammartino, sadly, Front Row closed shortly after Blockbuster video opened a store here in 1994.

So of course, soon after I started watching wrestling I went to Kay-Bee toys and the first thing I saw was a rack of WWF figures made by Hasbro, and I had to have some. They had a few figures marked down to 3 for $10.00, and I think the rest were $6.99 each.

The first Hasbro figure my parents bought for me was "Macho King" Randy Savage, at the time, he had already gone back to being "Macho Man", but I just removed his crown and scepter to bring the figure a little more up to date. The other figure I got was Jake The Snake Roberts, whose figure included a cool (and somewhat lifelike) version of his pet snake Damien that I used to scare my sister with.

Regrettably, I often did a little customizing on my Hasbro figures, which more often than not, ruined them. For example, after Kerry Von Erich died I painted his figure solid white, and he became The Ghost of Kerry Von Erich .

I based these picks upon the figures resemblance to the wrestler they are based on, their action feature, their accessories, and the figures I played with most as a kid. And as a rule, I only include one member from tag team sets. 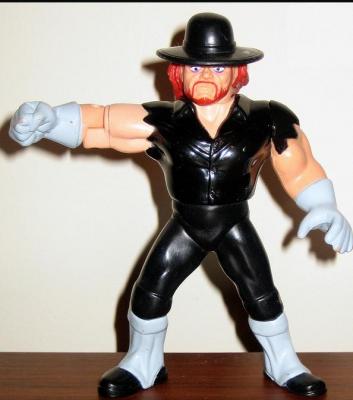 
Reasons why its not ranked higher:
The figure looked little very like Undertaker in the face, it did not feature his tattoo (at the point it was made, he only had one tattoo that I can remember). His legs were unbendable, so it was impossible to replicate his Tombstone Piledriver, and his hat was not removable. 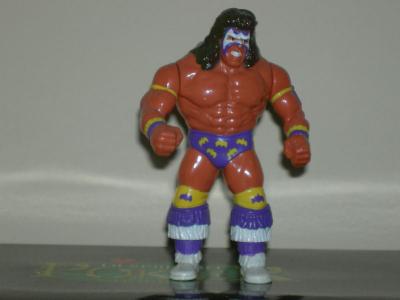 Why this figure made the list:
The Ultimate Warrior was my favorite wrestler back then, and this figure was the best likeness of him out of the three versions Hasbro made. Its also one of the more rare figures from the Hasbro line.

Reasons why its not ranked higher:
His goofy fringed boots look like something the 80s pop stars Tiffany or Debbie Gibson would have worn to one of their mall concerts. Also because Ultimate Warrior is no longer one of my favorites. 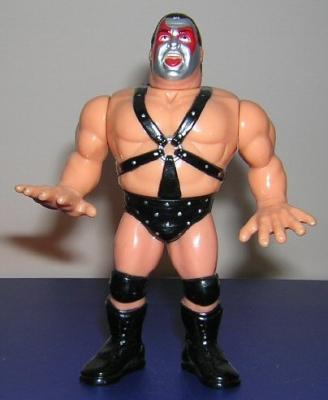 Why this figure made the list:
Even though by the time I started watching the WWF, the tag team Demolition was on its last legs, I enjoyed watching their matches on the tapes I rented. There were two sets of Demolition figures made, one was made in 1990 and consisted of Ax and Smash, separately. The other was a 2-pack consisting of Smash and Crush released in 1991 and featuring removable black masks. All of them had extraordinary detail, looking a lot like the wrestlers they were based on.

I chose Ax for this list simply because I always thought he was the best wrestler in the team, plus he had cooler looking silver and red face paint.

Reasons why its not ranked higher:
The figure was highly detailed, but its action feature the "Ax Attack" stopped working soon after I started playing with it. 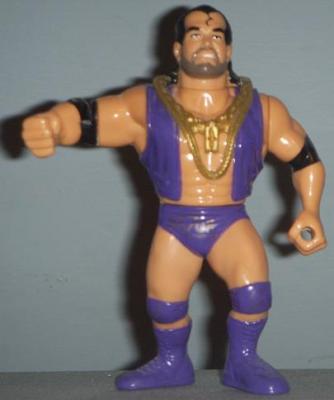 7. Razor Ramon (Purple Version)
Why this figure made the list:
From his gold chain to the gold chains to the gold Razor text and blades on his tights, this was just a great, highly-detailed action figure. His action feature Razor Rage was fun for doing clotheslines to other figures. Unlike many of my other old Hasbro figures, his action feature still works. The red and black variant of this figure is also great, but I prefer the purple one since its the version I owned.

Reasons why its not ranked higher:
Even though the figures outfit, chains, and hairstyle were almost perfect, there was something about the face that just didnt look like Razor Ramon. And the gold designs on his trunks & kneepads faded drastically over a short period of time. 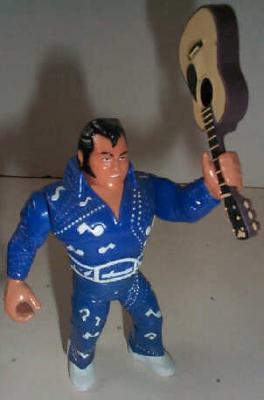 Why this figure made the list:
It had a lot of great detail, and the guitar accessory was fun to knock other figures over the head with using his action feature.

Reasons why its not ranked higher:
The thumbs on this figure seemed easily breakable, and his action feature stopped working properly after being played with for awhile. 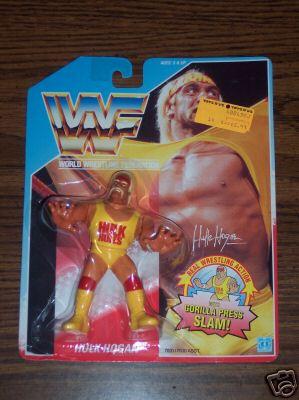 Why this figure made the list:
No list of early 90s wrestling figures would be complete without a Hulk Hogan toy. Four different Hogan figures were made during the Hasbro years, and all of them were great likenesses but this one is my favorite. His Gorilla Press Slam action feature was great for body-slamming other figures like Earthquake and Andre The Giant (for those lucky enough to own that rare figure).

Reasons why its not ranked higher:
The action feature stopped working after a short while. Due to Hogans immense popularity, it was a very common figure. Like most Hasbro figures you couldnt bend Hogans legs, which made it impossible to replicate his trademark big boot and Atomic Leg Drop. 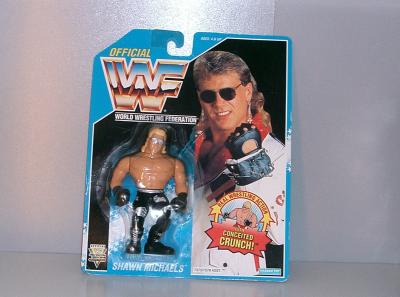 Why this figure made the list:
Shawn Michaels is still one of my favorite wrestlers, and his figure was a good representation of how he looked in real life. His outfit had a lot of detail, and the silver and black paint made it stand out. The figure even had his trademark heart tattoo.

Reasons why its not ranked higher:
The figures legs are unbendable, so it was impossible to replicate his Sweet Chin Music super kick finisher. 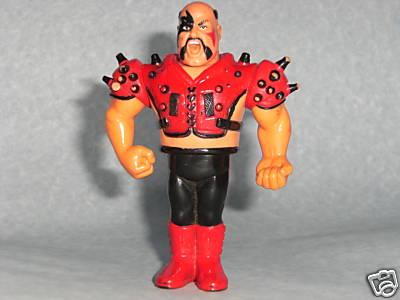 3. Hawk from Legion of Doom

Why this figure made the list:
The Legion of Doom kicked ass, and the spiked shoulder pads were really cool. His action feature was good for doing LODs Doomsday Device finisher. And he was my favorite member of Legion of Doom (rest in peace).

Reasons why its not ranked higher:
The plastic spikes on his shoulder pads chipped off easily during play wrestling matches. The inside of his opened mouth was unpainted, making it look like he had a flesh-colored tongue. 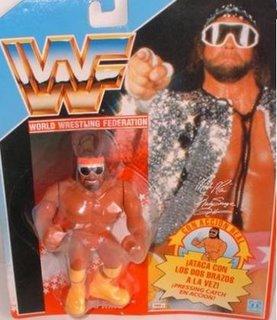 Why this figure made the list:
Even though he seems to have largely been forgotten by WWE today, Savage was one of the best of all-time. This figure is the best representation of how Savage looked in real life, and is wearing his most memorable outfit from the best era of his career.

Reasons why its not ranked higher:
Although everything else is highly detailed, the tape on his hands and wrists are unpainted. 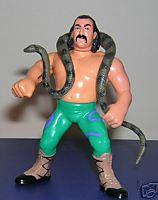 Why this figure made the list:
It looks just like Jake did back then, the sculpt of its arms makes it easy to perform his trademark DDT on other figures. His snake Damien is very realistic, and was a cool little toy even on its own. And his action feature never stopped working.