We examine the short lived cereal character of the "Monster Cereal" line:Yummy Mummy.
By SuperK1979
On 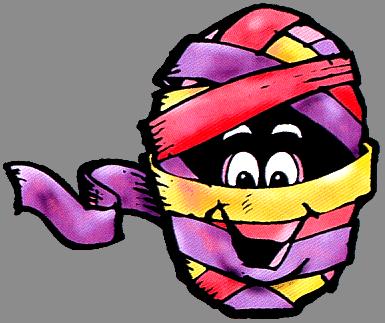 In 1988, the cereal wars was in full tilt. During this turbulent time, General Mills scrambled to find a new ghoul to embody their Monster Cereal Line. Already having Count Chocula, Frankenberry, and Boo Berry in their gangly mix, executives embarked on a mission to obtain a mummy. Their search led them to the Union Mission homeless shelter, in Pittsburgh Pennsylvania, where they found their man, 25 year old Yummy Mummy. Mummy received his name from the toilet paper he used to wrap up his entire body that provided warmth while sleeping on the streets. In one night, Yummy went from eating discarded cat food and drinking from the Juniata River to the greater things in life. 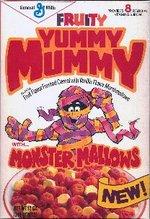 His introduction to the public was an enormous sensation. His debut commercial featured Frankenberry & Count Chocula (Boo Berry was absent because his cereal sucked) exploring a catacomb and coming across a casket in which Yummy Mummy pops out singing his hit song "Fruity Yummy Mummy makes your tummy feel yummy." America crazed for his cereal bits which boasted a fruit punch taste with vanilla marshmallows. Yummy became the toast of the cereal world and the Monster gang made special stops to all American grocery stores to promote their cereals. "Yeah, we felt whole again, we thought we would never overcome the mysterious death of our pal Fruit Bruit. We were finally able to gang up on Snap, Crackle, and Pop."-Count Chocula.

"Sure, Yummy had schizophrenia and smelled like a urinal but his paranoid delusions never really affected us."-Frankenberry. As the money rolled in, Yummy's taste for the finer things followed. He upgraded the computer box in which he lived into a much bigger refrigerator box; he switched from Special Kitty cat food to Iams, and drank Ol' English instead of making his usual trips to the river. Yummy even took time out of his schedule to spend time with the public. Every Friday, he was found in the city park speaking to an audience that only existed in his mind. On Saturdays, he taught homeless men the etiquette of urinating in public, and once a month held a catatonic staring contest with fellow schizophrenics. Yummy had it all! Then, in 1990, like Fruit Bruit's cereal before him, Yummy's cereal completely surpassed Boo Berry's to become the #3 brand of the Monster foursome. 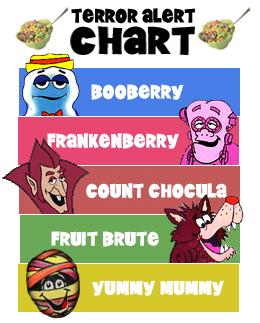 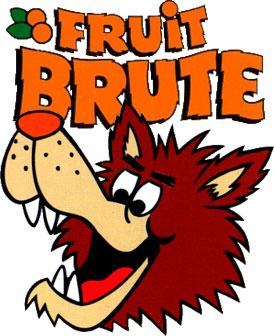 Despite the profits pouring into General Mills, tragedy struck. In 1992, the disappearance of Bob and Quello, two of the three bakers for Cinnamon Toast Crunch, reached the front page of the Cereal Times. Bob and Quello's bodies were quickly discovered in the brushes outside of General Mills headquarters. The next day, the Cookie Crook, of Cookie Crisp fame, was found with his head in a cereal bowl dying from an apparent drowning. Police were dumbfounded but they knew they had a cereal killer on the prowl. Police located one clue that appeared in each case; a piece of toilet paper stuffed into the pockets of each victim. Yummy Mummy became public enemy #1. Within minutes, police surrounded the cardboard box of Yummy but as they entered the home, their suspect was found dead from an apparent overdose on Boo Berry's ghastly cereal. Following investigation, police were sure they had nabbed their suspect closing the case. General Mills immediately pulled Yummy Mummy off of store shelves. Civic leagues, PTA's, and churches gathered all the Yummy Mummy merchandise from children and burned it in public rallies, making Yummy an monstrosity of the past. "I cannot believe General Mills took a homeless schizophrenic off the streets with an alcohol dependency and placed him as a monster spokesman."-Mike Mills, pastor of the Branch Dravidians. To this day, General Mills has not repeated Yummy's name. 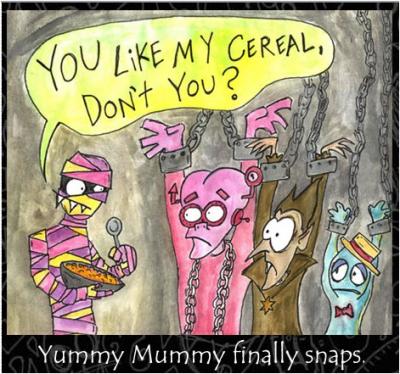 Despite the case being closed and General Mills' silence, controversy still lingers. Fans of Yummy Mummy have accused Boo Berry as being the mastermind of the crimes framing Yummy due to his voracious jealousy. "Its all simple, Boo framed him then drove to his home and killed Yummy making it looks like a suicide. He knew the world would blame his schizophrenic diagnosis for the murders therefore making Yummy an easy target. Yummy was never put on trial"- Rick Moranis, President of Support Yummy. Fans also speculate that Boo Berry's jealousy of superior cereal newcomers has led to murder in the past. "Look at Fruit Bruit, after he took Boo Berry's #3 place in the Monster gang, he was found dead from an accidental death." In 1996, Boo Berry made a public appearance at a Monster Bash but was booed of the stage." Because of the lingering controversy and dwindling sales of Boo Berry cereal, General Mills decided to sell his cereal only through the Halloween season. Many fans of Yummy have not forgotten their hero leaving shrines like this one http://members.aol.com/pseisen/yummymummy/ on the internet 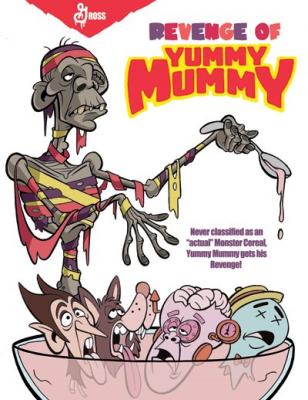 31
SuperK1979
Time for a Water Fight!
Childhood Memories of Water Fights with my Pals. 15
Quote O' Matic
Joe Banks: "And Frank, the coffee. It stinks. It tastes like arsenic. These lights give me a headache; if they don't give you a headache, you must be dead, so let's arrange the funeral!"
Joe Versus the Volcano