A biography of the brilliant and hilarious comedian that made being angry cool.
By Crazy480sGirl
On
In the early 90s, MTV began airing several black and white commercials featuring a ranting, maniacal and hilarious comedian named Denis Leary. Like George Carlin before him, Leary brought an acerbic sense of anger to stand-up comedy.
Leary was born on August 18, 1957 in Worcester, Massachusetts to Irish immigrant parents, John and Nora Leary. He is the second of four children. He graduated from Saint Peter-Marian High School in 1975. 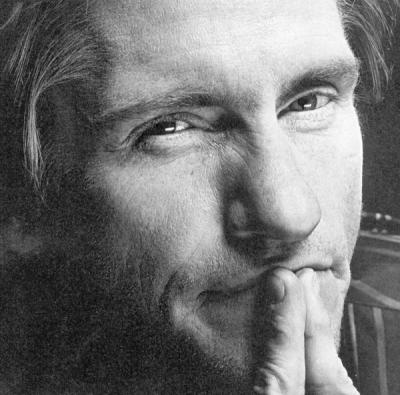 That fall Leary entered Emerson College in Boston. His classmates included fellow comedians Steven Wright and Mario Cantone as well as actress Gina Gershon. While at Emerson, Leary founded the Emerson Comedy Workshop, a comedy troupe that still exists on campus today. After graduating in 1979, Leary stayed at Emerson to teach comedy writing classes for five years. While teaching at Emerson, Leary met his future wife Ann Lembeck, a student in one of his English classes. The two married in 1982. In the spring of 2005, Leary returned to his alma mater where he received an honorary doctorate and gave a commencement speech to the undergraduate graduating class.
Leary began his standup career in Boston at local comedy clubs in the 1980s. There he hosted his own show at an underground club called "Play It Again Sam".
In 1991, Leary accompanied on guitar by his friends, Adam Roth and Chris Phillips performed his now infamous comedy concert "No Cure For Cancer" at the Edinburgh International Arts Festival. The show won both the Critic's Award and the BBC Festival Recommendation. A year later the show was brought stateside and premeired on Showtime to critical acclaim. The show spawned a book, CD and video release. In the special, Leary ranted tirelessly about drugs, rehab, music and death. Its highlight however, was a catchy,cynical song called "A**hole". The song was a minor hit due to airplay on MTV. Strangely, the song was a big hit in Australia and was even voted the #1 song in an Australian youth radio poll. It reached #2 on the singles chart in 1993. The comedy special was considered Leary's breakthrough performance and brought him much notoriety in the entertainment industry. The first time I saw this special I was about 19 years old. I thought ist was one of the funniest things I had ever seen. It wasn't just the jokes he told, it was the overall way and tone in which he told them and his facial expressions were priceless.

Soon after that, Leary began a succesful acting career that is still going strong today. He has appeared in more than 40 movies including The Ref, Suicide Kings, the Oscar-nominated Wag the Dog and The Thomas Crown Affair. Leary has also lent his voice to several animated features including Ice Age and Ice Age 2: The Meltdown as Diego, the saber-toothed tiger and Francis, a ladybug in the Pixar movie A Bug's Life. 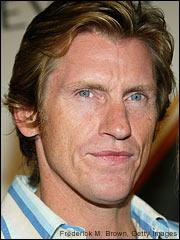 In 1997, Leary's second stand-up special entitled "Lock and Load" premiered on Showtime. In my opinion, this special was better than No Cure For Cancer. He does some hysterical bits about his kids, not being able to order a regular coffee anymore and the whole controversy surrounding Marv Albert at that time.
Leary also has a number of producing credits to his name including Comedy Central's Shorties Watchin' Shorties, the stand-up special Denis Leary's Merry F#$%in' Christmas, and the movie Blow.
Leary is a distant cousin of late night talk show host Conan O'Brien through marriage. Leary and his wife have two children, a son Jack, born in 1990 and a daughter Devin, born in 1992.

In 2004, Leary's critically acclaimed series Rescue Me premiered on FX. Leary plays Tommy Gavin, a fire fighter struggling with life as both a firefighter and a single dad. Leary ccreated the series as an homage to his cousin, Jeremiah Lucey who was killed in a warehouse fire in Worcester, MA in 1999.

Leary is currently producing a TV series called "Cantebury's Law", scheduled to premiere in 2008.
Denis Leary has become one of my favorite actors. He can always make me laugh and continues to push buttons like no one else.
2
Login To Vote!