My Favorite toy of the 80s

All about my favorite 1980s action figures
By junkfan
On
While I might not be the best with witty prose, let me take you on a trip down memory lane with one of my favorite childhood toys.

I was a very lucky girl too. I remember taking many trips on visits to my mom's house to the Woolworth's where I'd get a new figure. I had them all at one point. The photo you see are the only two that were saved by my dad who gave them to me a few years ago.

The Golden Girl line had a castle called Palace of the Gems. The palace had features like a mirror and a plastic reflecting pool-looking object (that I just assumed was a pool). I had the castle and both horses with the chariots. The cool thing about the horses was the fact that the eyes lit up. The white one had a light up unicorn horn while the black one featured a light up gem on its forehead.

Each of the "good" Golden Girls were named after different gemstones. The ones pictured are named Sapphire and Onyx. http://www.flickr.com/bluwmongoose is my photostream where I have a couple of other shots of the same figures.The figures all came with a cape, a small plastic comb, and a shield that had a fake jem that also could be used as a brooch.
There was also a line of "evil" figures with names like Wild One, Vultura, Moth Lady, and Dragon Queen. They also came with a cape, plastic comb, and a shield/brooch.

Galoob also produced a line of corresponding coloring books and a plastic carrying case to hold all of the action figures. I did not own the books or case--just the horses and castle playset.

This line of toys was so fantastic and I had hours of fun playing out my own version of Red Sonia type adventures! Sadly, this great toy was only produced for about a year or so before disappearing into obscurity.
What were some of your favorite girl action figures? 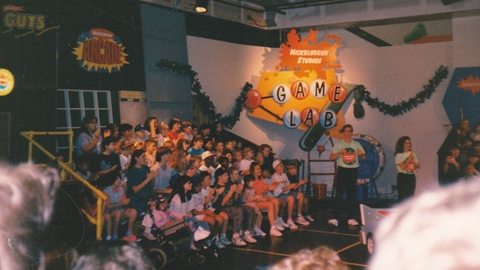 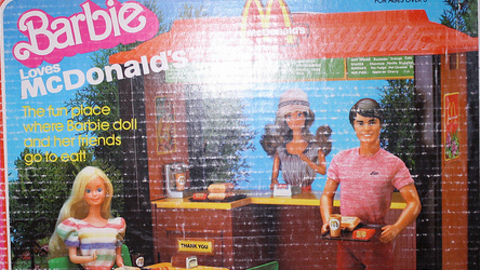 0
Quote O' Matic
Daffy: "[on cellphone from DJ Drake's "Gremlin Car"] Duck here."
Bugs Bunny: "[on cellphone from Darian Drake's house; pushing of the split-screen] Daffy, old chum, how the heck…"
Daff: "Yeah, yeah. Cram it down your rabbit hole."
Bugs: "Daffy, listen: I think I can get you your old job back, with less of a pay cut than usual."
Daff: "So not interested. I'm off to Las Vegas with my new sidekick DJ, to match wits with spies and showgirls. It's a little adventure I call: 'Daffy Duck's Quest for the Blue Monkey'."
…: "…and you're [pushes his butt on Bugs] not in it. [Daffy hangs up, but Bugs pushes the split-screen on him]"
Bugs: "'Blue Monkey'?"
Daff: "(groans) O-ooo-oh."
Added By: STHerbs97
Looney Tunes: Back in Action 1
Lucas2600b
Sectaurs - Spidrax Attacks!
A picture synopsis of the first episode of Sectaurs - your favorite bug riding brutes of the 80s!

15
Astroid_Writer
Toy Commercial Goodness Pt. 2
it was not the toys that gave us pleasure it was the free use of our imaginations
More Articles
An unhandled error has occurred. Reload Dismiss