In Japan, during the Sega Saturn era, there was some crazy commercials about a guy that who was called "Segata Sanshiro". This article is a refection
By Sparrow_X
On 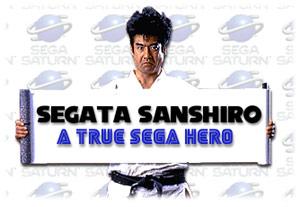 Remember the Sega Saturn? Of course you do. While many consoles have lived and died in complete obscurity, (I wonder how many of you have heard of the CD-I? How about the CD-32? The Game.Com? The Neo Geo Pocket Color [weep]? Vectrex? I could go on forever) the Saturn is probably the most well known of all the complete and total video game failures out there. It was the first one out the door during the last generation of consoles, hyped heavily, and was the most advanced system out there at the time. Of course, thanks to a variety of factors, it became another one of Sega's patented "money disposal units", and joined the vast graveyard of failed Sega systems.

Or, at least over here.

The Saturn had a full and fairly successful life across the pond in Japan. While it couldn't compete with the Playstation or N64 in terms of 3D graphics, it had the best 2D hardware on the block and sported some lovely 2D games... Which probably wouldn't have sold over here. Let's be honest with ourselves though. It wasn't the games that won over the hearts of Japan. It was a man.SEGATA SANSHIRO!.

Yes, while we're currently wading through the compost heap of video game advertising right now with Nintendo and Microsoft's droolingly stupid arthouse crap right now, I feel that it's time we reflect on a true hero of video game advertising, nay, a true hero of video gaming itself! Segata Sanshiro was the kind of man who would hunt you down and kick your ass if you weren't playing Sega's quality video games. He has won soccer games for the country, exploded a man with his bare hands, taken out an entire disco, saved people from a burning building, and won the olympic speed skating championship... With the power of Sega games!

His ads ran from 1997 to 1998, becoming a true icon during his reign. With CDs, toys, and even his own game, "Segata Sanshiro Presents: Shinken Yu-Gi", he was a real gaming celebrity. John Romero might be able to attract a few screaming Japanese schoolgirls with his flowing locks, but Segata Sanshiro could fill a stadium with screaming fans... And then he'd kick all their asses! 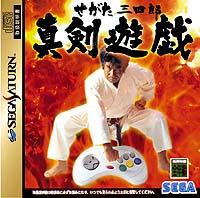 The real story behind Segata Sanshiro is a take-off of a character in a Kurosawa film, "Sanshiro Sugata", a film about a guy who struggles to learn Judo. Of course, OUR Sanshiro doesn't struggle with Judo, he has the discipline completely mastered... Enough to stop a speeding missile WITH HIS BARE HANDS. The actor's name is Hiroshi Fujioka, who also starred in the Japanese version of Shenmue as Ryo's dad. I guess that's another reason aside from the Space Harrier minigame to play Shenmue. 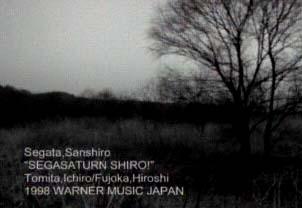 In the end of 1998, Warner Brothers produced a music video about Segata Sanshiro, a sort of remix but I enjoy this video (If anyone wants to have this private messange so I can send! The reason I can upload is a little thing called Copyrights) 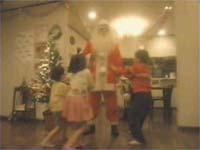 In his debut commercial, Segata disguises himself has Santa and scares 3 kids and he gives a SATURN!

In this Segata kicks asses of their lives to 3 Kids 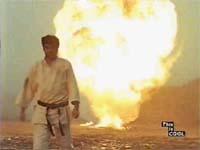 Japan´s Hero fights againtsh a fat guy and then KABOOOOM!!!!!! 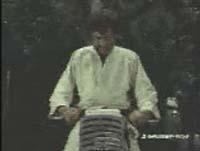 Now, this is impossible to do without hurting himself a bit 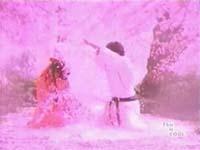 How can a girl like Segata if I were Sakura I certainly run away from this guy! 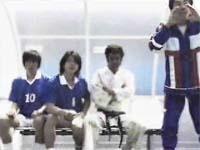 .
THE BEST SOCCER COACH IN THE WORLD EVEN BETTER THAN JOSE MOURINHO just thow a player to score...How Clever!!!

What is the reason of Segata of beating some dancers in a club. In my opinion there is no reason to kick ass!

The Dumbest commercial I ever seen some moves with a Dragon mask....please!!!!

This is a very educating commercial, it shows that in Segata is a very cult man!!!

Wow! Segata why you don´t go to Olympic Games!!!!!

Lesson 1 DON`T MESS WITH ZOMBIES alternative GET A SHOTGUN!

Spooky way to do Sushi!

I don´t understand the meaning of this commercial, if someone can explain set me a private message. 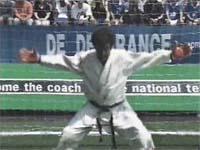 Please don´t try this at home!

Segata loves an unknown japanese baseball player and at the end it seems that he is a devil!!! hahahahaha!!!! 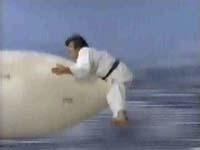 Well...Tragic end but the world will be better without Segata Sanshiro TRUST ME!!!!!

(These commercials are available (soon) to download in this site)

Remember DO THE SEGATA SANSHIRO WAY!!!!!"
3
Login To Vote!

1
Quote O' Matic
Jackie: "I like you, Puff! -Jackie"
Puff the Magic Dragon 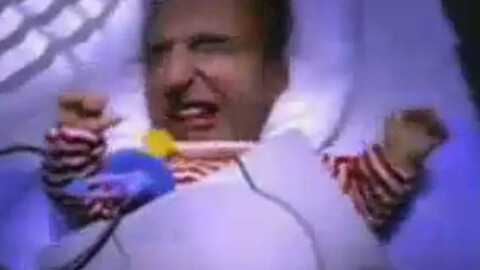