Half-Baked: My Burnout Experience in the 90s

I am surprised I even remember the 90s
By DJNostalgia
On
I have erased about 7 different introduction paragraphs before settling on the realization that: marijuana was perhaps the best thing you could use back in the 90s that enhanced the full senses of what living in the 90s was all about.

The amazing food (before it was changed to enable human consumption), the music, the TV, the MOVIES!!!! All were made better by our friend Mary Jane.

My first introduction to the substance was made possible by what I like to call the Holy Trilogy of 90s Burner Classic Movies.

(Note, I didn't use 'Stoner'. I think that term is dated and better reserved for the older generation that could not functionally operate after consuming and would either make abstract music or encourage massive farm field music festivals/orgies because they could never find something constructive to do.... Old people....they never change.)

The scene with the song of the same name was perhaps the first time I observed the herb (shout-out to Mos Def) with a such a high amount of curiosity other than the amazing smell it would let off whenever I would pass by the skater kids at the mall back laneway looking like Kurt Kobain clones.

The way it relaxed the characters and seemed to produce so much more hi-jinx peaked my curiosity at the time.

It would be still a few years before I got the courage to light it up.

2. Dazed and Confused (did you really think I would let this movie not make its way into this article???)

I think the only way you don't get so overcome with anger that Mitch keeps touching his forehead or putting his hair behind his ears is with the help of the sweet cheeba.

Though the film itself takes place in the cultureless 70s, the fact that it comes out in the 90s is clearly because we were the only generation capable of understanding what they were going through.

So much buddha is passed around this film that if you are somehow able to escape without trying it after this movie... well that is somewhat like the freshman running around all night trying to avoid getting paddled.

Moontower party scene has been replayed 1000 times in towns across north America. In fact every single time I am blazing one to this day, and someone is around me who I feel would get the reference, no matter what, I will utter: "Would you look at this F***ing town, man!"

This movie struck me at an amazing point in my life, where my athletic career was just taking off. I found many similarities with Pink's character. It also found my currently experimenting for the first few times. After watching it, however, it was as much a part of me as Aerosmith tickets, or mailbox baseball.

Need I really say anything here. The plot was...meh...acting...I can dig that...budget....clearly shake.
But who cared? This movie immediately became the aspiration for burners everywhere: move to NYC, share an apartment with Jim Brewer and the guy on the couch.

By the time I saw this movie, my herbal sciences career had taken off. I was a full fledged burnout. I watched this movie while I rolled, smoked and even came down/passed out in a winter jacket.

The one thing this film did do, that I didn't see coming, was expose you to the world of scientific grade bud. You mean, we don't have to smoke the oregano/front yard shake hybrid that our hook-up force feeds us?

Don't get me wrong, today I am all about my Pax (shout-out to Pax by Ploom, holler at me for where to send thank you gift).

But back in the 90s, black and white gameboy was considered revolutionary. The only vapor I knew about was Vicks.

And don't even try baking it. First, you got to have at least one friend who is smart enough to have made cannabutter before or knew to do that before just dumping a month allowance combined plus part time job earnings into a bowl of brownie mix. Plus, you got to be able to lock down a house for literally a whole day. Half the day to make butter and baked goods, the other half to air out your house and rent industrial fans to help with air flow so they allowance continues.

Smoking was the way to go. I taught myself the trade using a Bic pen (don't worry Bic, no gifts needed), by rolling a phantom joint on the pen and sliding the paper off, thus preserving a perfectly shaped cannon. These were the days when time was crucial, and more than 5 minutes of silence in my room meant my mom would be kicking down the door to make sure I wasn't a) impregnating her new mortal enemy, b) making my palms hairy or c) turning my brain into an smashed egg (if you believe what you saw on TV).

Once I got good enough and comfortable enough, I found an old pencil case and designated it as my "after school special pencil case", pair of scissors, some business cards I would take from just about anyone and anywhere offering, 7 packs of zig zags (half used, ripped up) and a CD case (every kit had a CD case, not sure why, it was just a badge of honour or something...I Had the 36 Chambers always with me).

If you were lucky enough to have an empty house, there's no way you didn't manage to have a house party thrust upon you. It was the 90s, everyone was obsessed with house parties.

But if you did manage to have some privacy, you might smoke out a window (with air freshner in other hand), or you might hit up your backyard and hope neighbours don't suspect it is you.

Best place, because it was the 90s and children had yet to be programmed to despise being outside, finding a nice quiet park, trail, field. Even luckier if you got to go out at night.

Remember this is before cell phones (commonly used that is). Nobody could reach you. It was just you, that spliff, and the bag of Doritos with your name on it when you got home.

Quality, to be honest, lacking. This was before legalization or medical prescriptions demanded higher quality in the market. You literally could have been smoking anything, from hairspray to cow feces.

But bro, the pricing. I don't know, somewhere in the mid 2000s, hook ups started upping prices across the volume scale. But the 90s was tight! Affordable, decent quality, ziplocked bag for freshness.

Then think about it, when you got back, you had the giants of comedy today just starting out that you could catch on regular TV. You could rewatch the Holy Trilogy mentioned above. No Netflix meant you could then parlay your trip by heading to a movie (physical) store and pick out TAPES and munchies. Just pray you did not smoke enough for you to forget the family password and trigger the store clerk to call home to report your mental state.

If you are reading this while medicated, cheers. Enjoy and go find your memory and open that proust madeleine and enjoy.

If you are too LAME and want to comment below with all your PSA/DARE to JUST SAY NO demagoguery...please don't mess with our collective trip.

One.
2
Login To Vote!
More Articles From DJNostalgia 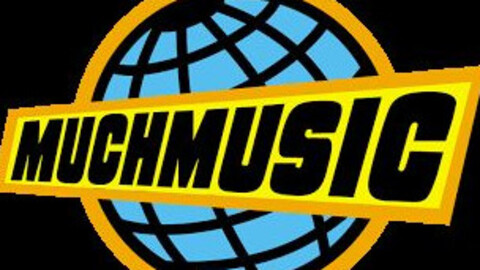