Early to mid 90's PC Nostalgia
By ShaggE
On
I've been wanting to write about this topic for quite awhile, so I hope I do it justice.

The shareware gaming scene is long dead, thanks to games becoming far bigger undertakings than they were back then. It's just not practical anymore to offer a third of the game for free, with a nag screen asking you to send money to the developers for the rest of it. 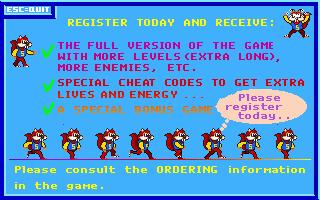 Some independent developers still use the basic shareware model, but very rarely.

But while it lasted, it was a golden time for PC gamers. One or two people with a basic knowledge of programming was all it took to make the next big hit.

Not all of the games I'm going to highlight here were shareware titles, but they are all personal favorites from the era. You won't see Doom or Wolfenstein 3D here, this is for the underdogs. 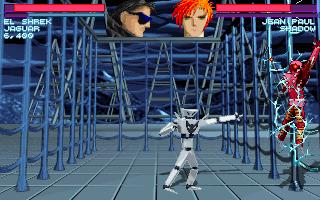 What started as a bland Street Fighter clone became one of the best PC fighting games of all time.

Epic MegaGames, who later became famous for the Unreal series, had many good games under it's belt. They were the alternative to Apogee Software, much like Sega was the alternative to Nintendo. But when OMF2097 hit the BBS communities, Epic was top dog for awhile.

Fighters are a rare commodity for PCs, since the keyboard is far too awkward for the split second timing required by the genre. But Diversions Ent. somehow pulled it off.

The premise is that the fighters are neurologically linked to various models of robots, and they fight in arenas littered with traps and hazards. Original enough, but the big draw was the tournament mode, which had you upgrading a custom robot and using it in various tournaments, following a loose storyline. Playing through it all takes far longer than most fighting games.

Epic released a 3D sequel not too long ago, but I doubt it came anywhere near the original in concept and quality. 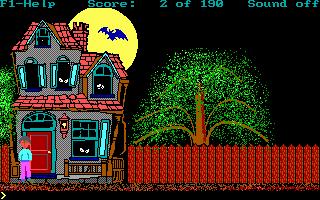 I don't know much about the backstory behind the Hugo Quadrilogy (Hugo's House Of Horrors, Hugo 2: Whodunnit?, Hugo 3: Jungle Of Doom, and Nitemare 3D), but I do know that I loved these games to death.

Obviously an amateur project, Hugo's House Of Horrors (hereafter referred to as HHH) wasn't much to look at. But at the same time, the homespun look made the fun factor that much more impressive. It used the standard adventure game text parser, with arrow keys to move Hugo around. For the ones unfamiliar with PC adventure games, that means you had to type things like "look" or "pick up" to interact with the world.

Like most adventure games, HHH had many comic relief moments. For example, if you don't give the dog in the house a pork chop to distract it, he'll attack and eat you (cartoonishly) while "How Much is That Doggie In The Window" plays. Today's games just don't have scenes like that, folks.
Hugo later starred in two sequels, the first being a mystery, and the second going back to the horror theme. Both were as entertaining as the first, and made little change to the core mechanics.

Then... Nitemare 3D. I can't honestly call this a sequel, as much as a game that just happened to have Hugo in it. 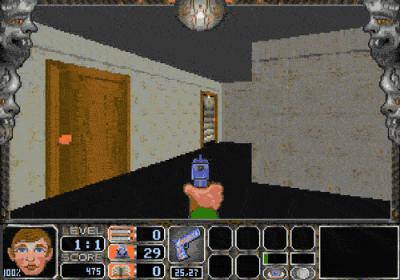 This game was ugly as sin, frustrating beyond belief, and as unintuitive as it gets. And yet, I love it. The great music, the cheesy sound effects, the strange premise... it all came together to make an inexplicably fun game. 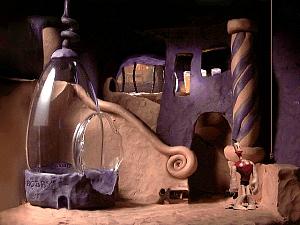 The Neverhood was a game unlike any other. While it boiled down to being a basic point-n-click, the art style and story was incredibly unique. Not to mention the fantastic music. I've written about this gem of a game so many times that I'm completely burnt out, so I'll keep this one short, and eschew the backstory.

I think my love for The Neverhood is just as much because of circumstancial memories as because of the content of the game itself.

The Neverhood was one of the first games I played on my brand spanking new Windows 95 PC in 1996. I was in awe over it, even skipping episodes of Wishbone to play the demo again. (I was an enormous fan of Wishbone at the time, so that's a pretty weighty decision from my then 11 year old self.)

I really can't say anything more but "play it for yourself". Doug TenNapel, the man who masterminded The Neverhood, gave his blessings to freely download it, so you have no excuse not to give it a try.

I should mention that in a shocking development, The Neverhood is slated to become a movie. (shocking, because the game is quite obscure.)

Last one for now. This is the shareware game that holds a very special place in my heart. It's a game that I honestly don't know why I love so much. I just do.

Rise of The Triad 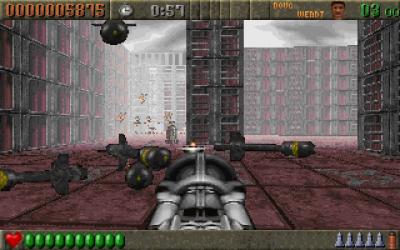 This, my friends, is a game of many, many imperfections that gel together into glorious perfection.

At first glance, it's just another Wolf3D clone. In fact, it was planned to be a sequel to Wolf3D, but turned into something else entirely. This game is, in my opinion, Apogee's greatest achievement. The first FPS to feature looking up and down, jumping (sort of), multiple playable characters, and much much more. You could even heat up food by firing a rocket near it.

So... why do I rank this as my all-time favorite? I simply cannot say. It might be the incredible music that I can still hum at command. It might be the humor. It might be the atmosphere that, while crude graphically, seems to elicit waves of nostalgia in me. More likely, it's all of these things thrown together, with a heaping helping of fun to boot.

ROTT never recieved the attention of it's Nazi and Space Demon counterparts, which is a shame. It easily blew both of those out of the water. Hell, I still look at many games and say "Meh... it's no Rise of The Triad."

This wraps up my first article, and I'll soon start another one looking at either more shareware, or other aspects of the 90's. Thanks for reading, and I hope you enjoyed it.
25
Login To Vote! 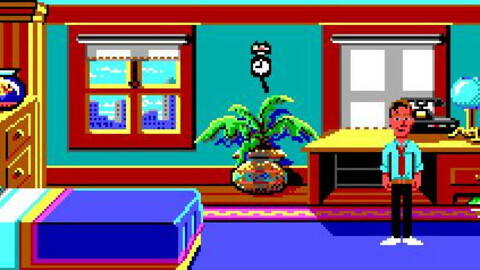