For the iGeneration: Pokemon

The Pokemon Experience to my friends and I
By katspajamas
On
As a senior in High School, I'm probably too young to have feelings of nostalgia about something that happened only ten years ago, but I wouldn't be the only one. For anyone growing up in the late nineties, you know that nostalgia is taking ground at a much younger age, (probably due to the fact that fads come and go so quickly while still grabbing hold tight enough to cause obsession for a short while.) At any rate, a friend of mine, (also the QB of our football team) brought his gameboy in during study hall and was playing pokemon on it. After we all reminisced about the "good old days" (I can hear a groan from the gen-xers now, its deserved I don't blame you.) we ended up bringing in our own gameboys. It wasn't long before half the entire school was playing red and blue version during class, (what? You have yellow version?... Dork.) Anyway, I guess the hilarity in this situation didn't really hit me until my friend's gameboy got taken away by a teacher for playing it in class and I just about pissed myself laughing at the 6' 8" football lineback.

Anyway, I'm off topic here, what I really wanted to talk about was the aspects of the original game that I remember so well having not played it for 5 years until I picked it up out of my dresser and brought it to school. Let me walk you through how every pokemon play-through went back in '99, (and yes, every one, because we all know that eventhough we convinced ourselves that we would stick it out until we caught all 150, we always started over after the elite four.)

Alright, start it up on the gameboy color, (please, this game was MADE for the gameboy color, I don't care if it was for the original gameboy, noone played it on that.) "What is your name?" options: Red, Ash, Jack (wtf Jack? You know there was that one kid named Jack who was totally like, "no. F***ing. Way. That's this guy." No, but in reality, who named themself after a color, don't lie, you didn't use your own name either, you used Ash. 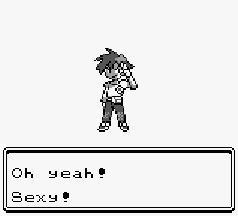 Alright so I go downstairs and talk to mom, what's that mom? All boys must leave home someday? And you heard that brooding wisdom on the tv? No, no, your right, igonre the fact that I'm TEN.

Alright, so onward to Oak's lab where, me and 80% of the world chose Charmander, and our aptly named Doucher choses squirtle, (what a f***ing douche)

After an annoying back track through route one with oak's stupid-ass special pokeball, you get the pokedex and Doucher tells you he's getting a map from his sister and tells her not to give you one. At this point, you get pissed off at your character wanting him to make some smart-ass remark instead of silently taking it up the butt from your rival who, for some odd reason, keeps wanting to "smell you later" no its okay Doucher, seeings just fine. So onward to the Oak residence where Doucher's sis, (who I always imagined was mega hot) gives you a map anyway.

Onward to Viridian City where I quickly snag the hidden potion at the cuttable bush to the north, oh look, that weird guy who was lying on the road earlier because he didn't have his "coffeee" is up and about, but yes! I remember NOT to talk to him, lest his senile-ness show you how to catch pokemon, nevermind you already have a pidgey and a Rattata, (most likely he's in the PC on account of he sucks)

Up to Viridian Forest where you search for Pikachu on your long quest to catch Ash's whole origianl team, (me at 9) "I'm totally not going to evolve my Pikachu just like Ash doesn't, I want his personality to stay the same!" (Growlithe) "What about me?" (me at 9) "F*** that! Arcanine is the Sh*t!"

you know you want this!
Alright, so once you realize you chose a fire starter and spend twenty-thirty minutes levelig and catching bug-types, you beat Brock and head on your way, through Mt. Moon to be particular. Once your almost out of the cave you have to chose between the two fossils, I always picked Kabuto with the Dome fossil because Omanyte was lame as hell. once you get to Cerulean, you go through the whole nugget bridge thing, at the end you meet that rocket guy and everytime I talk to him, I get pissed because when I first played the game I got mad excited, "You wanna join team rocket?" (me at 9) "F*** yea I do!!" "are you sure?" (wow, he must've known I'd want to) "F*** yea I'm sure!!" "well that's too bad..." (me at 9) "What's this now?" Never mind that they don't give you the option to join, on to Bill's. After an annoying visit with the idiot who turned himself into a pokemon, we take on Misty, (awesome, I'm so glad I have a fire starter)

After a struggle with the red-haired bitch, (don't judge, I liked her on the show, but in the game she was a bitch,) I'm on my way to Viridian, as most of you readers probably know, you don't even bother going through the building to the south. "I'm parched, sorry you can't go through." "Oh, I'm so sorry your being thirsty has greatly interfered with my adventure, do keep up the good work, I'll just spend my own money to buy you a drink in Celadon because God knows you don't make much guarding this gateway when we both know I'm the only 8-bit sprite who passes through here."

In Viridian, I dock the S.S. Anne and get off just as the boat's about to leave. When I was younger, I didn't realize that the game was pretty much unrealted cannonically from the tv show so I assumed I just missed a watery grave since any pokemon fan knows the S.S. Anne goes down in the show. Back to the adventure. After spending twenty more annoying minutes looking through trashcans in Lt. Surge's gym, I finally get the code right and beat the leader with a Diglett I so slyly picked up in the cave to the north-east. After traveling through the SINGLE MOST HORRIBLE CAVE IN THE UNIVERSE, you know, the one you need to use flash in to get through, I get to Lavendar Town.

The game always runs pretty smoothely at this point, making my way to Celadon, (dude in shop) "there's definitely not a hidden switch behind the picture in the game corner." (me) "I'll be sure to not check that out when I buy enough coins to get Porygon since it would take 15 + years to play the slots enough times to win."

After beating Giovanni and Erica, (finally my Charmeleon comes in handy,) I head out for Fuscha, Fusha, Fucsha, whatever, all you need to know is that its the sh*t because it has the Safari Zone. After spending about an hour collecting sick pokemon, (not chansey, can never find it) I take on Koga for his badge. I could go east from here and take a mad long route back to Lavendar or Vermillion, but there's about a million trainers here and the entire route is skippable since the bicycle road is much faster and by now, I have fly for pidgeotto.

On to Saffron and the terrible building that is the radio tower, (I think.) I don't like to talk about the place, too many bad memories. I will mention one thing, make sure you put every single TM you own into your pc because there is about a hundred items to collect here and I threw away some good sh*t just to get them. After getting the masterball and collecting Hitmonlee from the Martial Arts gym, (I never picked Hitmonchan, something about his cross-dressing tendencies creeped me out. ((Wait, was it even a he?)) nevermind.) I beat Sabrina without taking on a single trainer in the gym, (I always took the first portal, then went up or down like 20 times until I got to her room.)

I think my favorite memories come from Cinnabar, I remember when I was younger, the second my friends and I got there, we would fly to Viridian, talk to the coffe dude, fly back, surf along the shore and do what any 9 year old kid playing video games does, picked up some faulty data that may or may not f*** up your game. This was the highlight of the pokemon experience. There were so many rumors floating around to what missing-no really was, some kids got level 100 Bolbats that would level down when it was supposed to level up, others would just get f***ed up games, but it was always a good time. 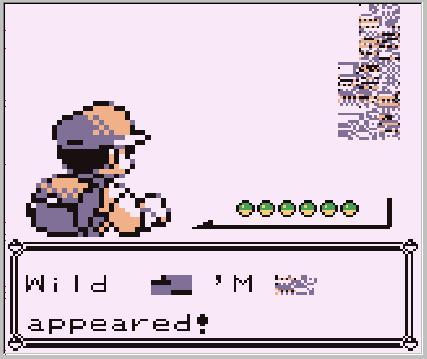 Enough of that though, after beating Blaine and reviving Kabuto, I head toward Viridian and take on Giovanni, who was alot more badass in the show might I add, and then went to the elite four for the final battle with Doucher. After a satisfying Victory, there is just one thing left to do, head back to Cerulean and catch Mewtwo, I never ended up using a masterball here because when I was younger I figured I would run into Mew if I ever caught all 150 pokemon. Regardless, that never happened so it wasn't until I was older that I found oiut that you couldn't legally obtain Mew in-game. (I know there's a glitch for it now, but at the time, noone knew about it.)

All in all, the game was just one aspect of the franchise that encompassed such a significant portion of my childooh, especially the summer of '99. I have such fond memories of my sister and our friends sitting on the porch tradig pokemon cards and then running to the tv at one of our houses at 3:30 to watch pokemon on FOX. We used to bet with pokemon cards to playing this game where we'd offer a card as a wager and flip a coin to see who got to keep it when called. I remember one of my friends had a holo Venusaur that my older sister won once, I was so pissed I didn't get it.

I've given it alot of thought and, this may be because I'm blinded by revisionist's history but I don't believe there has ever been since, or ever was a franchise as epic as pokemon, I have watched younger cousins and neighbors play through Yu-Gi-Oh and Bakugan etc, but none of these has ever reached the height the Pokemon has and I guess that's why as I sit here in English, supposedly working on my term paper, I'm writing this article instead while two of my friends are trading pokemon through their gameboys under their desks next to me. 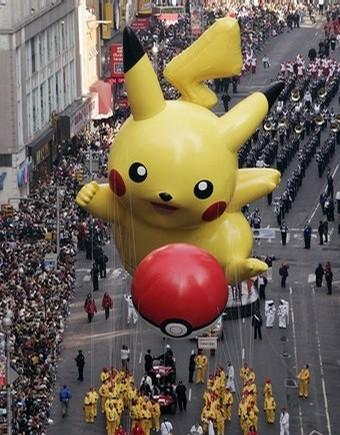 8
Quote O' Matic
Marty: "8's the 1, I'd stake my life on it."
Jay Trotter: "They've got a $2 minimum bet."
Added By: System
Let It Ride
An unhandled error has occurred. Reload Dismiss