The many childhhod hours I spent (or wasted) playing SC2000
By Jeff84
On
Sim City 2000 was a computer game I received as a present on my eleventh birthday. This game was the second of the Maxis game company's Sim City series. I had been playing the original Sim City over the previous summer but when I tried Sim City 2000 at a friend's house the original seemed about as exciting as a three hour flight seated between two screaming toddlers. From the moment I uploaded it on our family's PC a magnificent feeling of creative and destructive power engulfed every ounce of my little 11 year old being. What I loved most about SC2000 was the way it challenged players to employ problem solving skills in dealing with the needs of a community and the people or "sims" in this case, living in it. I believe that all computer games should encourage whichever demographic they target, especially young kids and teens, to do this.

In Sim City 2000 I received a very thorough civics lesson. I had to manage a budget wisely, advance through the ever-changing technological and industrial landscape, and make sure that my Sims were having their basic needs met. One had the option to begin their city's construction in the years, 1900, 1950, 2000 or 2050. Typically I would choose to begin my city's construction in the year 1900 so I could watch as my city advances through the ages. I liked to build my city on a map with a river and an ocean coast, plus a few rolling hills. My first power plant would be a natural gas power plant because it was cheaper and didn't pollute as much as coal. As my industrial base attracted more jobs which in turn would nurture my residential and commercial markets my Sims displayed their affection for me with some unique rewards.


A new mayor's house was the first token of my Sims appreciation; these were presented to me when my hamlet became a town reaching a population of 1,000 Sims. Over the years my sims would give me a city hall and a statue. Usually a parade announcement would come with this statue.

My favorite rewards, however, arrived when I became the mayor of a thriving metropolis these were Llama Domes and Arcologies...Holla!! Llama Domes were towers with an architecture that combined Paris's Eiffel Tower, Saint Louis's Arch and Seattle's Space Needle. By clicking on a Llama Dome I could find out how many weddings it hosted and how many llamas had been sited from it. What on earth is behind Will Wright's fixation on llamas? Arcologies or "Arcos" for short were densely populated towering buildings which served as a city inside of your city. I had, I think, four types of Arcos to pick from. Two of these arcos were black and very Darth Vader looking while one was formed with four rings attached on top of another and there was an Arco that was gold with trees on it made to look like the hanging gardens. 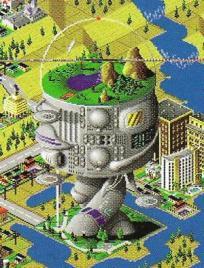 At the end of each year I was presented with a budget to manage. I would have to decide how to pay my Sims's transportation, police and fire, education and health care. To the right of each of those categories in the budget sheet would be a symbol of an open book and by clicking on it a picture of a person would appear and they would have some advice pertaining to their particular area of service. The guy next to the first category always had the same quote advising to raise property taxes and I would hear the Sims booing him! Newspaper subscription provided me with a glimpse into the lives, hopes and dreams of my digital public. These papers would appear when a population milestone had been reached, a new technology invented or after a disaster. There was an opinion poll in the bottom right hand corner which would tell me what the major concern among my Sims was. 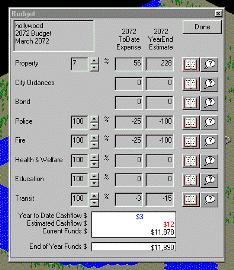 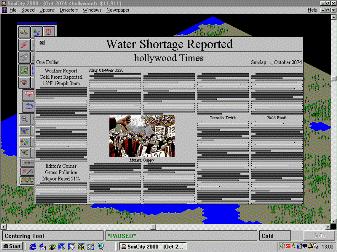 How could I tell when my city was expanding and my Sims were seeing nothing but clear skies ahead? Well, there are some really cool indicators. For example, once my city reached a population that could support several dense commercial sky scrapers one of those sky scrapers would be a media station called "KSIM." A sky chopper would come with these"KSIM" establishments and its pilot would do nothing but fly around and report heavy traffic. I could also shoot a sky chopper down if I so chose. The image of "Super Sim" flying around in his pink suit, green cape, and bleach blonde head let me know that I had finally arrived. Now, this could be taken as a good or bad accolade depending on how you look at it but, if my city was big enough the military would ask me if I'd allow them to establish a base in my city near the air port. No matter how well my Sims approved the way I governed there was an element of the game, that when left on, were beyond my control...Disasters Baby!

The disasters in Sim City 2000 were fire, flood, quake, tornado, air crash, riots and a monster. I will go into detail about the riots and monsters because they were the two that provided me with the most fun. Rioters were illustrated with a cluster of about seven or eight Sims, carrying two yellow signs with nothing written on them, wearing what appeared to be bright, pastel colored clothing leaving small fires and damaged road squares in their wake. A riot would ensue if I became irresponsible with public funds and sent my city into an economic death spiral! If I tried to clear some forest with the "demolish/clear" bulldozer a gray window with a small black and white picture of people at a demonstration,like the one on that newspaper image, and the sounds of those booing Sims immediately appeared. However I always enjoyed (here's where my destructive side emerged) the satisfaction of unleashing my city's finest on those weak ass hippies! 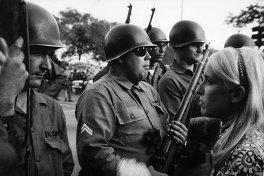 " I went down to the demonstration to get my
fair share of abuse."

In Sim City 2000 the monster was a giant, black, Cyclops, spider that fired rings of death from above. That is a far cry from the small, bright orange, salamander which made high pitched Godzilla noises in the original Sim City. Sim City 2000: Special Edition had two very intense features and these were scenarios and the "urban renewal kit." Most of the scenarios chronicled natural as well as man made disasters that really occurred in American cities. For example, I was challenged to rescue Flint, Michigan from an economic crisis, douse Chicago's great 1871 fire, Clean up Davenport, Iowa after the 1993 floods, or San Francisco's quake of 1989. There were also some cities with crime waves or monster attacks. Lastly the "Urban Renewal Kit" allowed me to paint up any building I choose and select a title set. Title sets were four styles of architecture a player could apply to all the buildings in a city. These title sets came in four tight styles original, 1900, 2050, and future.

My house was not the only place that I would play SC2000 at. In the sixth grade my teacher allowed us to play SC2000 on the computer there during an indoor recess. When I came home from school one afternoon and told my mother this she just placed her hands on her hips and curtly remarked," Yeah, because you don't spend enough time with it here!" One of my friends found out about a nifty cheat code that would give a player all the rewards and unlimited funds for free at the start of the game. News of this code spread like wild fire and before long everyone was employing it to their game play.

I hope that this article has brought back some fond memories to those readers in RJ land that loved to play this game as much as I did. As a footnote I would like to say that I also loved to play Sim Tower but that is another article in the works perhaps. When I was in college I bought Sim City 4 and was completely disgusted by it because of the overkill with details and the same magic of SC2000 can never be equaled in my mind.
19
Login To Vote!
More Articles From Jeff84 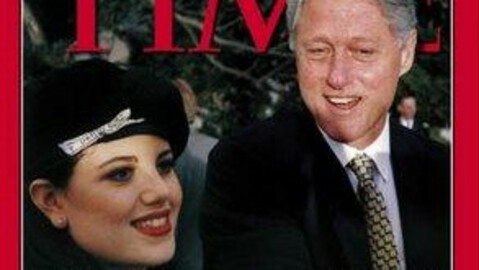