Hearing that song alone got me ready to Laugh Out Loud. That was because I was going to get 22 minutes of pure solid entertainment. Al Bundy was going to make me laugh; him and his No Ma'am buddies were always up to a stupid scheme. Peg was going to find a way to ruin any fun Al was trying to have. Bud and Kelly always had some side scheme in which Bud got hurt and Kelly made out ok.

I really got into the show when UPN-9 started to syndicate the show daily from 6-7pm. That gave me two good episodes a night when I was supposed to be watching the news on Univision-41. I managed to escape Spanish news broadcast for some comedy by the time I was in high school. I weaseled my way out of the clutches of my step-pops.
This show was just too funny. I felt bad for Al, he worked a job that he hated and had nothing to show for it. His jobless-wife drained the life out of him like a leech. The kids just wanted money and didn't bother to show appreciation to the man that donated half his genes to make them. Even the dog showed no respect at times.

One of my favorite episodes is when No Ma'am goes to Washington, D.C. to lobby for Psycho Dad to return to the air. Al is distraught from Psycho Dad (his favorite TV show) being pulled from the air; Marcy didn't make the situation any better by laughing at him over it. He, and the rest of No Ma'am, try to picket the television station but unluckily for them a big snow storm hits Chicago making them the only people outside. They decide to travel to D.C. and take this up with Congress. Jefferson uses his connections to get them in. Marcy and Peggy follow the men along because they do not want them making fools of themselves, which is pretty hard to not do, but Jefferson is able to keep them out of the Congressional hearing. At the end the show doesn't get re-instated because it is deemed very violent. No Ma'am heads home. The subplot was Bud and Kelly throwing the biggest party ever that all media outlets were reporting on it.

Overall the show always made me laugh. It showed how families really are. Not like other Family-oriented shows like Full House and The Cosby's. Those were so happy-go-lucky. The only other family show that gives Married...With Children competition is Family Guy.
-4
Login To Vote!
More Articles From LeoMikeRalphDon82 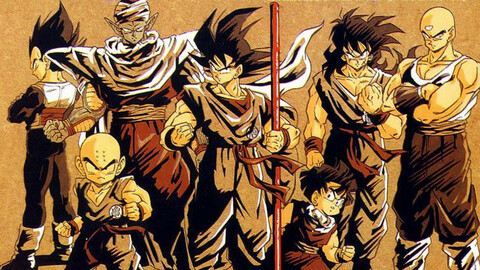 12
Keiichi77
Fall and Holiday Movies of the 90s - 1991
A cinematic flashback
More Articles
An unhandled error has occurred. Reload Dismiss