The ups and downs of modernizing the original Nintendo NES gaming experience.
By Schrye
On
The FC Game Console 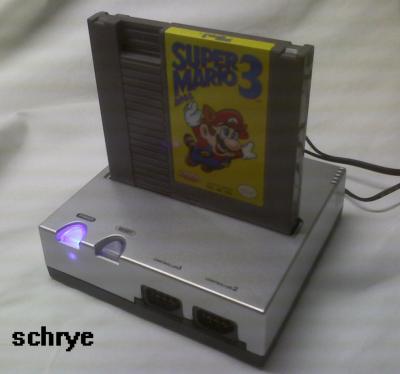 The original Nintendo is a very fond memory of the past for millions, and for many, still is a big part of modern day gaming. Some of the greatest games ever made were introduced on the NES, such as the Super Mario series, The Legend Of Zelda, and Donkey Kong. The preference to play this console still is very high, even though graphics have evolved and changed through the years into the spectacular 3D characters and settings we have today. The problem with the NES these days is that many of the existing systems barely work without blowing into the games and even the system itself. Tinkering with them sometimes drives away the desire to play them. It is a sad story when you lose the will to play your favorite games because by the time the system starts working, you don't want to play anymore. If this is you, and you miss your favorite gaming experience, then your prayers may be answered. Say hello to the FC Game Console, by Yobo Gameware.

In 2005, Yobo Gameware released a new console. This console has new games. It also plays old ones. Yes, original NES cartridges. Nothing can replace the original NES experience, but this console comes close. Equipped with two newly-fashioned controllers, a slim, small modern design, AC adaptor and audio/video in-puts, you can easily plug this system in and play your favorite NES games. Tested and true, it works. There are ups and downs with this console, like any other generic release of gameware. Not released or endorsed by Nintendo, it cannot be guaranteed. The goal of this article is to let you as a gamer understand what's good and what's not with this surprising addition to the gaming world.

Aquiring one of these consoles isn't very hard- they can be found on Ebay by simply typing in the keywords 'Nintendo NES.' They are very cheap as well, averaging about $15, and about $10 in shipping. This price is actually seemingly fair, considering the cheap construction of the unit and it's components. The FC Console is also available in three different color schemes- white and red, silver and black, and indigo and white. Depending on whether you get it new or used, and where and who you got it from, they come in a nice looking gift box that displays in detail your new FC Console (box front shown below). It really is a handsome looking system in it's own right, and it saves a lot of space. There really is no official proof of the actual life of the console, but even if it lasts only a few years, for fifteen dollars (plus shipping, if it applies), that's a great price to pay for the amount of game play you could get out of it. 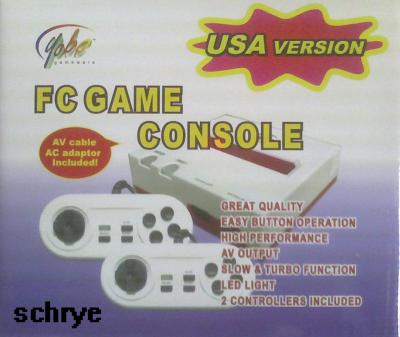 As far as performance is concerned, the picture of the FC game console is parallel to that of the original NES. The only sound option available with this system is a single mono sound output. Many of these consoles being sold on Ebay are usually tagged with the phrase 'Works Every Time,' but assuredly, that is proven false. Many of the sellers witnessed believe that the moving parts of the original Nintendo system are the cause for the system not working properly, and that may very well be, but the FC console not having moving parts does not make it work 'every time.' It does work much better, though. All the games tested on the FC console pictured are old, original NES games, and the few complications encountered may very well be due to the age, natural wear, or possibly how clean the card inside the cartridge is. Contrary to what many ads may promise, you may still need to blow into the cartridge to remove some excess dust on the card to make it work properly. Many sellers will also state 'No more flashing lights and screens,' which is proven true, but I also remind you that the system is very cheap, and may not be programmed to do so. Bumping or jarring the console while it is 'on' may also result in the game freezing, which puts you in the position of having to start over again. Additionally, it is said to support up to 99% of the original NES games, which leaves a slim percentage of games that will not work. And that, friends, isn't too bad for another shot at classic gaming.
The hardware of the FC console is, as stated before, very cheap. While upholding a nice appearance, it is very light weight, thin plastic, and will likely break under too much pressure. The LED lighted power button makes for a nice additive in the sharp look of the console, which makes the price look even more likeable. The card reciever inside the console (where the card is read) is also a bit snug, and can make pulling your games out a little more difficult. It's miniature size is also a wonderful feature. Considering that the console is top-loading, and NES cartridges are quite large, it helps minimize space consumption. Below, the original Nintendo NES is displayed next to the Yobo Gameware FC Game Console.

Yobo Gameware includes two controllers with a brand new FC Game Console package. Like the console itself, the controllers are light weight, and very cheap feeling. The buttons and direction pad do not have much 'spring' to them, and it is, to say the least, a very uncomfortable controller to use. On the included controllers, pictured below, Yobo features some extra buttons: an AA, a BB, and a slow and turbo button. On all the tested games, do keep in mind that they were all original NES games, the slow and turbo buttons failed to work and made the game flip back and forth repeatedly through menus. The AA and BB buttons also failed to show much purpose as well, but thankfully, Yobo Gameware was thoughtful in their engineering of the FC system. One of the greatest and most relieving features of this console is that it is compatible with the original Nintendo NES controllers and the light gun (also pictured below is the FC Game Console with both an FC control pad and an original NES control pad inserted). The abilitly to use the original game pads takes some of the stress of getting used to a new controller on familiar games away, and also helps to preserve some of that awesome exprerience that is NES. 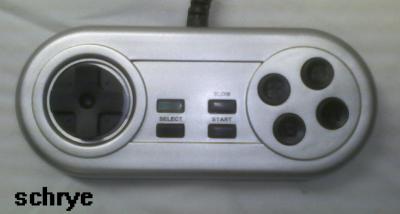 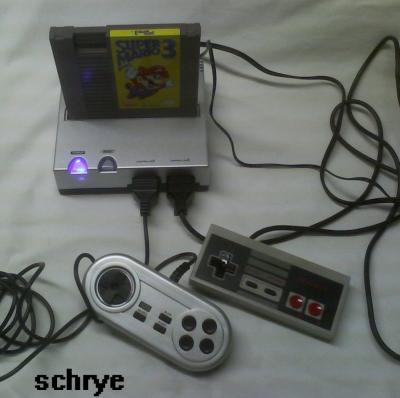 Additionally to the look and controllers, the FC system features the audio/video outputs, pictured below, to help accomodate to newer televisions, VCRs and other appliance connection equipment. Although it only has one sound cable, it processes the original video quality of the Nintendo NES, and still manages to sound decent. The included A/V cord and adapter cord are not very long, a mere 1.5 meters long, so the box states. Due to this, there are limitations to how far away from the television or device you are setting it up through your console can be. It is recommended that the console be placed upon a shelf to prevent bumping and jarring, and also that while using the system making sure that there is slack on the controller wires to prevent movement of the console. 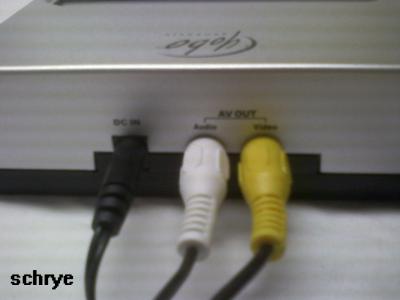 All in all, the Yobo Gameware FC Game Console is a worth-while buy for the classic gaming fan. For it's price, accomodations to both the changing world and the world many don't want to change, and it's ability to save you from the hassle of toying around with your old NES for ages or even having to try to find a better one, it makes sense. Pros to cons, it does have it's benefits that far exceed the cons, which are true of the NES, but far easier (in most cases) to overcome, make it worth finding and using. Coming from someone who loves their old NES and the classic gaming experience, and would never disrespect it, I approve of the FC Game Console.
15
Login To Vote!

40
Quote O' Matic
Perry White: "Just remember there's no perfect sunsets. There's a little crack in every cloud, but that's what gives you your silver lining."
Lois & Clark: The New Adventures of Superman 15
cpd2007
The GN Twin...in-depth review
Meet the FC Twin's next of kin!
An unhandled error has occurred. Reload Dismiss