The Wii lets us relive the hay days of video games!
By JPop
On 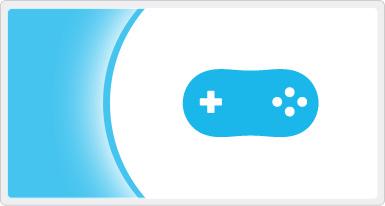 Yes the Wii is a great system but one of its greatest functions is the ability to play classic games from the NES, SNES, N64, and old rivals Sega's Genesis and Hudson Soft's TurboGraphix16. This time around Nintendo isn't trying to rip us off with insane prices (GBA NES collection- $20 each) for classic gameplay: 500 points ($5) for NES games, 600 points ($6) for TurboGraphx16, 800 points (you should get it by now) for SNES and Genesis games, and 1,000 points for N64 games, and new games are released every Monday in the USofA and every Friday in UK. Classic (and some stinkers) games for this kind of cost is absolutly a must wanted and attractive feature to the Wii. Here's a run down of some games that I own, recommended games, stinkers, and games that are coming soon.

SOME GAMES I OWN ON VC 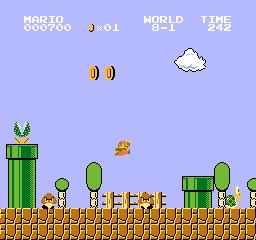 The first time I played this masterpiece of a game was when I was 5 years old (1990). The game captivated me like no other; a brilliant side-scrolling adventure, fast, fun and furious (especially in 2 player mode) gameplay, all sorts of easter eggs and secrets, and still one of my favorites. It's funny that I've played Super Maro Brothers for so long yet I can still die the same ways I used to when I was kid, and I can always find something new to the game everytime I play it. A true masterpiece in all forms. 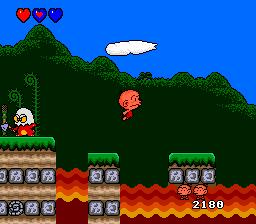 As a kid growing up I never actually knew about the Turbographx16 until I got a book on video game history in high school; man did I miss out on a great game! Bonk's Adventure can be considered to be 'Super Mario Caveman'. The plot is a simple save the princess cliche and you use your head (literally) to attack enemies. The boss fights are more compelling than the usual Bowser or Bowser's kids fight of the Mario series and includes two different power ups, one lets you hit the ground and turn enemies into stone and the other is a starman invisibility mode. If you've never played this game and love side scrollers you won't be dissapointed.


The Legend of Zelda A Link to the Past (SNES) 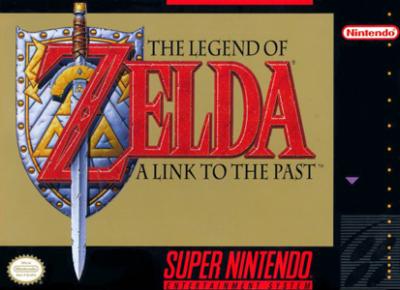 Personally one of my favorites of the series the gameplay and RPG elements were greatly improved compared to the NES versions, plus the fan favorite- killing Cuccos! Then being killed by a swarm of Cuccos! Not only did the game enhance gameplay elements but also brought brand new items, enemies, weapons, and a split world with endless possibilities. If you don't have this game on your Virtual Console get it now. If you don't have a Wii buy one and download this game. 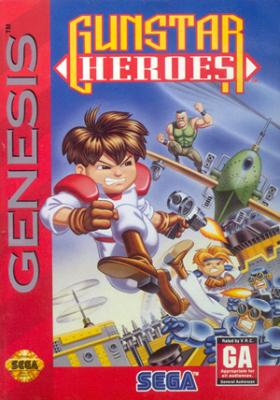 Growing up I sided with the SNES in the 16 bit wars but secretly wanted a Genesis; well about 12 years later I get the best of both worlds. This paticular game, the first (and what many critics consider to be the best) Teasure game ever made is easily dubbed as 'The Contra Killer', and it's hard to argue with that. It's a simple side scrolling shooter crawling with enemies all over the screen with gun upgrades and co-op gameplay at its finest. What's not to love; Don't forget the nice graphics and the fact that the framrate never drops. It's kind of a short game but just try to beat the hard mode; you could compare it to Nightmare Mode of the game Doom (impossibly hard).

RECOMMENDED GAMES (Beyond the ones listed above) 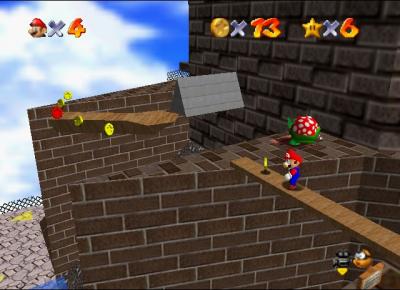 Yet another classic game from Nintendo; the first time I've ever played this game I thought I was in a dream; the 3D, movement, sound, level design, all of it blew my mind. Miyamoto-san had once again re defined video games this time for the third dimension, and left a landmark no one could ever touch (I can't wait for Super Mario Galaxy). The only reason why I haven't downloaded this great experience is because I own the DS version, but for only $10 you can't go wrong. 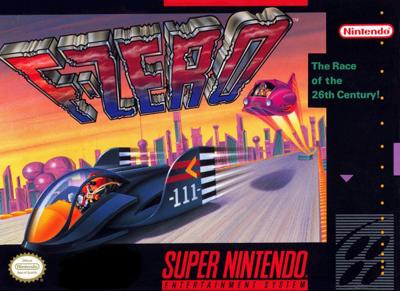 Fast and blazing fast; the best way to describe the F-Zero series, and the first installment started on one of Nintendo's greatest systems. Fast Mode-7 racing may not impress in the graphics department these days but the gameplay is still great (and note the word fast). Filled with upgrades, boosts, different leagues, and classic 2 player gameplay F-Zero makes a great installment for the Virtual Console and for racer fans alike. 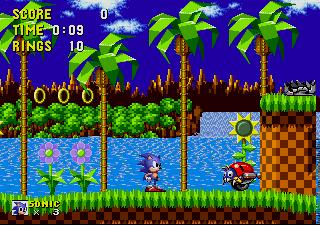 At a time when no game could defeat Mario and his princess saving antics, Sega decided to show off their ultimate weapon- Sonic the Hedgehog. Both games are almost complete opposites of each other- Sonic is a... hedgehog, collects rings instead of coins, collects emeralds to save the day, is much much faster, and is much much skinnier (at least at the time). The gameplay was brilliant and captured an audience of dedicated fans that would last for years on end. Yes the series had its own collection of bad spinoffs (Sonic Jam= poo, Shadow the Hedgehog) and games but overall is still one of the greatest mascot characters ever made, as well as game series.
THE STINKERS
For some delusional reason Nintendo has released some really bad games for the VC. Why? I guess to punish the unfaithfull fans or to just make us fell sick, I'm not sure. Either way they're on the list; here are three to avoid. 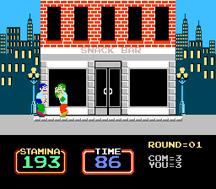 I've never played this game, and what I've heard about it I haven't missed very much. According to Wikipedia every time you throw a punch you loose stamina, throws and attacks are slow and can be blocked easily, and a cop gets in the way, causing the players to return to there starting status. I don't know about you but this dosen't sound like the fighting genre I grew up with. 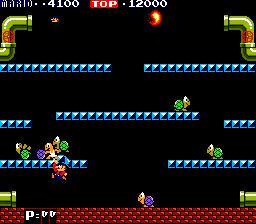 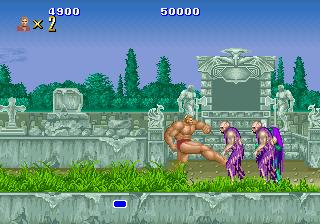 Again it's not a bad game at all (for some reason many reviewers think it's a horrilbe game) but it's best played on arcade. It's your basic beat em up gameplay with great power ups and a gothic/horror atmoshpere to it. But it's really not made for the Genesis, as there are some features missing from the arcade version (similar to Mario Brothers).

AND NOW A PROS AND CONS OF THE VIRTUAL CONSOLE

+ The Wii Remote and Classic controller feel great for gameplay, plus they're wireless

+ Nice prices for the games, even $20 could buy you a lot of games

+ The games look better than ever in 480p

+ Take up little space on the Wii's built in memory

- Gamecue controller dosen't live up to the Classic one, and switching between it and the Wii Remote for the Home Button can be tricky

And with that I'm off to play more classic games on the Wii.
21
Login To Vote! 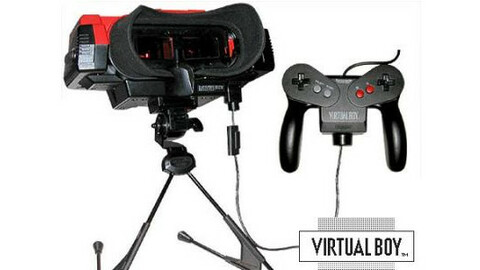 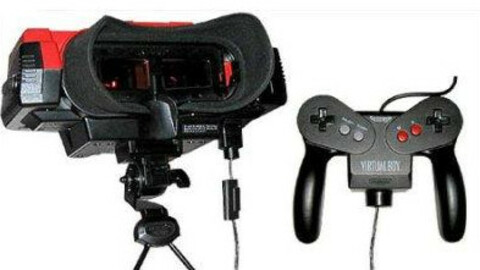 41
MerrittTheFerret
Virtual Suicide
The downfall of the Nintendo Virtual Boy. 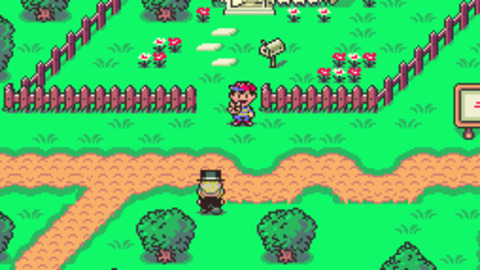 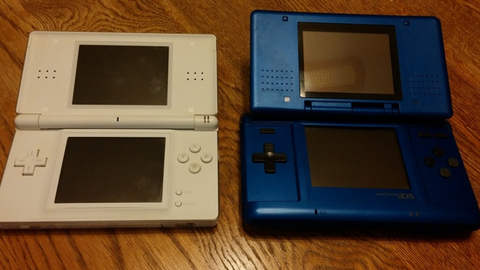 16
Jake_1079
Starfox in 64-bits
The promised follow up to my last Starfox article.

3
System
Sega vs Nintendo
Someone told me I should post this as an article, so here goes.
More Articles
Related Commercials