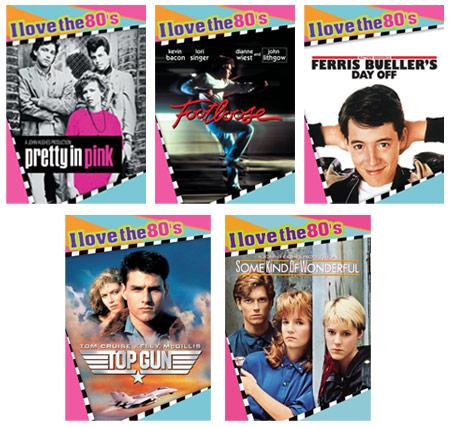 Though it still seems that the spotlight is going to all the John Hughes films, and Steven Spielberg outings. Yes, I AM guilty for one of those lists, but in all honesty you just can't get around denying that the usual 80's classics are very wonderful films, but for this article, were going to avoid them.

So lets take a little look at the films that seemed to be pushed out of the limelight, are these obscure avant-garde films that don't see the light of day outside of awkward movie snobs shelves? No, they're simply films that just came and went, and were never heard of again, or are foreshadowed by another film. And since, i went all out with my Batman article, i figured i go back to basic with a "List" Article. So here are my Underrated Films of the 80s. Plus, its the first article, for which i can use the YoutTube feature.

In No Particular Order

This movie got the boot, because it was released at the height of the Playhouse popularity, and many people were expected Big Adventure Part II. As a big peewee fan, I,myself avoided this movie not having fond memories of it. But upon a recent viewing, this is actually a pretty funny movie, you have to "Get it" to like it, this is more a Paul Reubens movie than a Pee Wee movie, if that makes sense. Theres some really funny scenes, such as the Egg Salad and the Hot Dog Tree, and it's written in such a way that almost every scene is completely tongue in cheek. My only complaint is Tim Burton's absence, as he was filming Beetlejuice at the time. He was replaced with Grease-director, Randal Kleiser, who does a decent job of making the film entertaining, but lacks the quirky dream-like charm that Burton rightfully fitted for the character in Big Adventure, which is why I can see that this film is utterly understated. Still entertaining and pretty darn funny.


The Woman in Red

Sure, this one borrows a bit too heavily from the classic, Seven Year Itch, but this has Gene Wilder in it and instead of Marilyn Monroe, with have that chick from Weird Science! Despite being known for being Willy Wonka and doing countless films with friend, Richard Pryor, this is one of Wilder's better "solo" performances, even if he goes a bit over the top at times. Charles Grodin should also get some recognition in his performance as Gene's best friend. The film's only known highlight to the public is Stevie Wonder's soundtrack, with the hit song, "I Just Called to Say I Love You", which went on to be nominated an Acamedy Award for Best Original Song.

Ghostbusters II
(Broken YouTube Link Removed)
I made a short review of this in my Ghostbusters article, though I still can't get over the grief this movie goes through, even Bill Murray hates it. I still think this a decent follow up, as I probably said before there's just as many sight-gags (The Dancing Toaster, the docking of the Titanic) and silly one-liners (Why are you came?) to keep you chuckling. The most common complaint is that the movie is considered a "rehash" of the original. I generally don't really see this as it's two different stories and plots. yes, it runs into familiar territories but, what do you expect? it's called "Ghostbusters". It's obviously going to be about a couple of guys chasing ghosts. I take into account that it's hard to keep that concept fresh and funny, so i give credit to the film-makers for trying.


Purple Rain
It seems the Musical-Romance torch goes to Dirty Dancing and Flashdance, (ugh..). It's sad when a Prince movie has more balls. Despite beings a Prince fan, so i'm trying not to be biased, but this is actually an engaging character drama with a little bit of humor mixed in. Alot of musical films that followed followed the same formula, but i think this is the one that started it, ya know, the ones about a young kid, trying to survive through relationships, an abusive father, not to mention he's a struggling musician. Morris Day is the comic relief as his rival, and he does a fine job. It has all the elements of a classic 80s film, that thin line between the cheesy and meaningful, and it boggles my mind why it seems to overlook any list of essential 80s films. Prince went onto win an Academy Award for Best Musical Score and yet, I never hear anyone talk about it.

House
(Broken YouTube Link Removed)
William Katt stars as a writer who inherits his Aunt's old house to write his memoirs of Vietnam. Little does he know the house is haunted, and some clever horror-comedy ensues. Recommended for both horror fans, and Greatest American Hero fans.

The limelight of Evil Dead 2 and 3 (Army of Darkness) kind of shove this one back into the corner. Though i must say its a rare occasion to have a film's sequels overshadow itself. I never hear anyone talk about how good the first film really is. Sure, there isn't about one ounce of comedy to be seen like the sequels, but i think this is overlooked as one of the 80s most original bare-bones horror films, even for low-budget standards.

A very well-made feel good drama, and probably set the trend for "young misfit turned Hero" films, except this has got solid acting from all three stars, Eric Stolts as the disfigured but surprisingly bright Rocky Dennis, Cher as his tough as nails Mother, and Sam Elliot as her "all american" boyfriend. The film is your typical coming-of-age tail, but its the performances that really hold it together. The trailer i found doesnt show any clips, so i've posted a spoilerific last scene, a good example of Cher's performance.

This film is a prime example of a decent movie being panned right away, having been released only a couple months after Ghostbusters in 1984, it was just a bit too soon for the public to get a taste of the serious side of Bill Murray, especially since everyone,including critics, were still wrapped in the Ghost-Hype.The movie is a character study of a WWI soldier who comes home, only to go off on a trail of self-discovery, upon returning he observes the materialism and redundancy that society lives by including his close friends. Although it's a bit long and a little sluggish at times, the cinematography is wonderful, and Bill's performance is genuinely solid and as usual, subtlety is his best weapon.

So tell me, who was one those people that thought Michael Keaton had no range when he was selected as Batman? Most of those nay-sayers probably never seen this film at the time, and hey, it's even got Lucious Fox in a great supporting role. It's a story about an accountant, who wakes up next to the dead body of a girl he met the night before, he apparently gave her a bit too much cocaine, completely paranoid and unable to grasp reality, he checks into a Rehabiliation clinic in order to evade police investigation. While there, he doesnt seem to be making progress as he continuously has his friends on the outside send him drugs through Fed Ex packages, this scene is a great clip that shows his withdrawal as well as lying his way out of the situation. Great scene. I'll end by saying that Michael Keaton is a completely under-rated actor. This was released the same year as Rain Man which was the big honcho at the Oscars, but for Keaton to not get AT LEAST a nomination under Dustin Hoffman (another great actor) is beyond me.

A coming of age tale, about a teenage boy well coming of age while in the service. Now, Neil Simon's set-ups were never his strong point, it's the characters and situations that are his specialty, as this is chock full of witty dialogue and well-developed characters. It was a minor hit at the time, as Broderick was still popular from Ferris Bueller. Christopher Walken is great as Broderick's Drill Sergeant.

I love this film, it's funny, tragic and even a bit weird. I also love Punk music, put quality film making and punk rock together and viola! A dark and humorous love story between Sid Vicious and his girlfriend Nancy Spungen leading all the way to Nancy's muder and Sid's death. I like this film mostly, because it's different than most musical bio-pics, as it doesn't try to be tear-jerking and inspiring, instead the film-makers focus more on the storytelling and the characters. 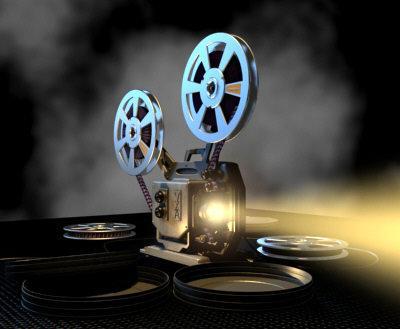 I will admit some choices were popular movies, but, on the same note, they also don't get any well received recognition that i think they should have gotten, but that's just the thing about movies, someone can make one of the worst movies ever made, but some time down the line, it might just become someone's favorite film, i guess one director's bomb, is another man's classic. So you just have to ask yourself, what truly IS a failed film? we'll never know. 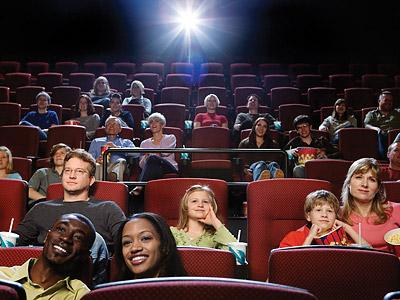 21
Guild_Navigator
Apocalypse POW!
A Quick Look at Some of My Favorite Retro Post-Apocalyptic Scenarios
An unhandled error has occurred. Reload Dismiss