Blur Vs Oasis
By karloswill
On
Hope you approve of this article Retro Jerk and it meets your high standards and is classed in your eyes as â€œRETROâ€ enough for you.

Britpop - a subgenre of alternative rock that originated in the United Kingdom. Britpop emerged from the British independent music scene of the early 1990s and was characterised by bands influenced by British guitar pop music of the 1960s and 1970s. The movement developed as a reaction against various musical and cultural trends in the late 1980s and early 1990s, particularly the grunge phenomenon from the United States. In the wake of the musical invasion into the United Kingdom of American grunge bands, new British groups such as Suede and Blur launched the movement by positioning themselves as opposing musical forces, referencing British guitar music of the past and writing about uniquely British topics and concerns. These bands were soon joined by others including Oasis, Pulp, Ocean Colour Scene, Supergrass, Sleeper and Elastica. When Oasis and Blur battled for number one in 1995 it was seen as the height of Britpop. 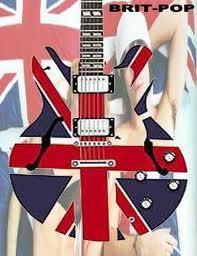 I was racking my brain as to what I should write as my first article, looking through Retro Junk in my eyes there seems to be a lack of music articles on the site.

As a Brit I thought I would write about the Britpop Battle which happened in 95. between the two biggest bands in the UK at the time. First of all a little bit about the background of both bands as this site is mainly used by our cousins form over the pond. 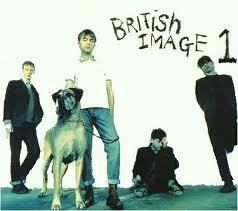 Blur were formed in London in 1989 and found their first success in 1991 with their second single "There's No Other Way", which reached no: 8 in the UK. The follow up "Bang" was less succesful and the album these songs came from "Leisure" was seen as a disapointment even though it contains one of their best songs in "Sing". 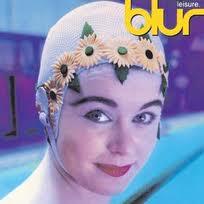 Blur then released the punkish pop single "Pop Scene which was even less succesful than "Bang".

The band toured America in 1992 and became very unhappy and homesick and disillusioned with the American grunge scene of the time so decided to write a set of songs which represented their british heritage, this resulted in the album "Modern Life Is Rubbish". 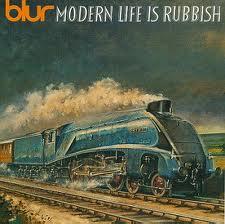 This album is seen as a major starting point of Britpop and was a reaction against the Americanization of britsh music. This album was a moderate success and things were looking up for Blur.

In 1994 Blur realised the single "Girls and Boys" which was
disco influenced and a massive hit in the UK. The album this single came from "Parklife" was huge as well as the other 3 singles off the album, the half in french ballad "To The End", the narrated by Phil Daniels (star of Quadrophenia)"Parklife" and the pop anthem "End Of A Century". 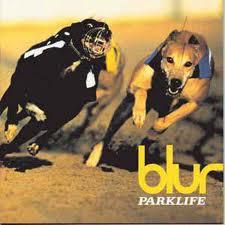 Parklife won many awards as did Blur themselves. They were one of the biggest band in the uk. 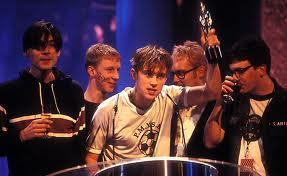 At the start of 1995 Blur started recording new material, more about that later, and now onto the other side in this battle. 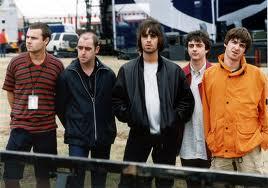 Liam and the rest were in a Band called "Rain" when Liam's brother Noel returned from a tour as a roadie for The Inspiral Carpets (Great underated British Band, which could be an idea for another article if this one is a hit) he hijacked the band, changed the name to "Oasis" and took on songwriting duties.

The band were signed on the spot by Alan McGee of british independant label "Creation" after they bullied there way on to the stage to support a band called "Sister Lovers" (whooooooooooooooo?????)

Their first single "Supersonic" was released in 1994 and was a moderate sucess as was follow up "Shakemaker". The 3rd single "Live Forever" went top 10 and is still in the UK one of their most popular songs still.

September saw the realease of the bands first album "Definatley Maybe" and at the time was the fastest selling debut album of all time. 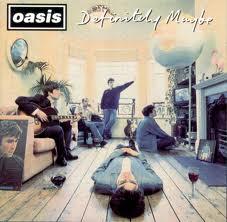 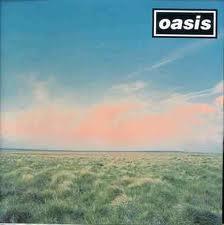 Oasis released "Some Might Say" in April 1995 as the first single from their hugely anticipated second album, this single was their first number one in the uk and featured "Acquiesce" which contained Liam and Noel sharing vocals for the first time. "Acquiesce" was seen by many fans to be a much better than "Some Might Say" and was released as a single in its own right to promote the bands best of compilation "Stop The Clocks". 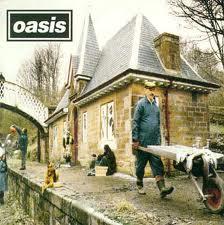 Befor the release of this single Oasis parted ways with original drummer Tony McCarrol (they have had as many drummers as Spinal Tap, but none have died by choking on someone elses vomit). he was replaced by Alan White.

Oasis are now at the same point as Blur and are recording new material for their new album. 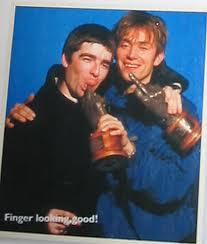 Blur and Oasis had initially praised each other, when "Oasis" hit number one the record company threw a party to which Damon was invited. When Liam Gallagher spotted Damon at the party he started to antagonise him by singing "We're number one, you're not, you're not. We're number one, you're not, you're not." plus Damon was talking to Liam's girlfriend of the time, starting a rivalry between the two bigest bands in the UK.
Of course the British Media jumped on all this and not a day passed by without some incident happening between the two bands, mainly by the mouthy Gallagher Brothers from "Oasis".

The Battle For Number One 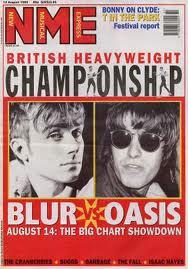 Oasis had new single "Roll With It" ready to be released and it was decided that it would be on the 14th August 1995. 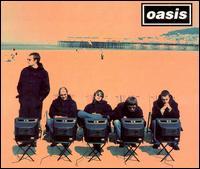 Blur had recently played a huge outdoor show at London's Mile End and played a new song "Country House" for the first time, it went down well with the audience so it was decided to be the first single from the new album. 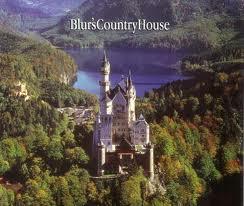 The Blur single didn't have a release date yet so the forthcoming release schedules were looked at to find an appropriate date to release it. It was decided by Blur to release it after the Oasis single to maximise the market for both groups as they shared a lot of similar fans, however Damon was not happy with this and decided to release "Country House" the same day as "Roll With It".

The Battle was now in place and so the campaign's began.

The rivalry had started out quite friendly as a bit of media hype, but it soon turned nasty with the mouthy frontman of Oasis wishing that "Damon and Alex would die of AIDS"

"Coutry House" was released on 2 cd singles as was the norm in the 90's and retailed for Â£1.99 each for the first week, whilst "Roll With It" was released as just one cd Single retailing for Â£3.99.

This was the bigest story of the week and even made the national news. It was being hyped up as another "Beatles Vs The Stones".
It became not just a battle about muisc but about class aswell as Blur were from London (South) and Oasis were working class from Manchester (North). 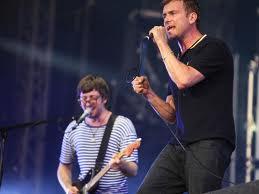 "Country House" was declared the winner.
When Blur appeared on Top of the Pops latter in the week Alex Jamees Blur's bassist wore an "Oasis" T-shirt in tribute or was he mocking them??? 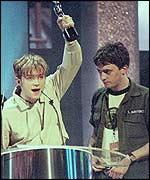 First Round to Blur.

When the albums came out it was a different story alltogether.

Oasis released "(What's The Story) Morning Glory" on 2nd October 1995 and sold 346,000 copies in its first week. It has gone on to sell 20 Million copies worldwide. This album contains there most well know song "Wonderwall." 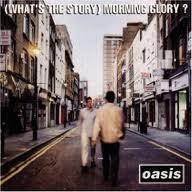 Blur's album "The Great Escape" came out the 11th September 1995 and it sold initally well in its first week and reached number one, but pretty soon the sales slowed down and it was nowhere as succesful as Oasis's offering. 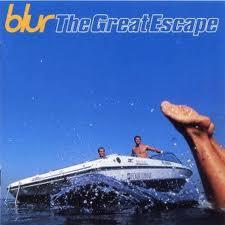 In the words of Liam Gallagher "Blur won the battle, but we won the war." Oasis fame balloned and you couldnt go anywhere with out hearing the album. Blur fell out of favour and reinvented themselves for their next album "Blur" resulting in their biggest and most well know song in America "Song 2" and of course Damon Albarn is now famous througoht the world as the leader of "The Gorillaz" 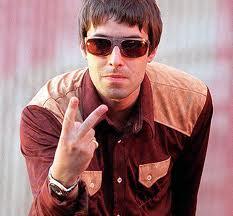 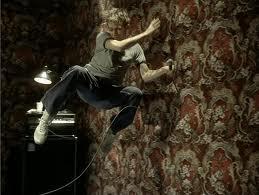 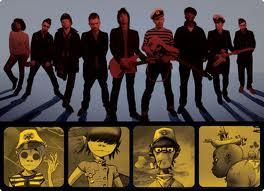 In all honesty both singles were not the particually good, both bands had released better singles previoulsy and after. I dont know if the record companies and bands realised the songs weren't to good and decided to get a little hype behind them to ensure huge sales and make sure the songs are always remebered. Who knows.

i hope you have enjoyed my article and if the response is good and the demand there i will write more articles on music.

In case anyone was wondering what side i was on, i must say that i did buy both singles so i guess my purchases cancelled out each other. 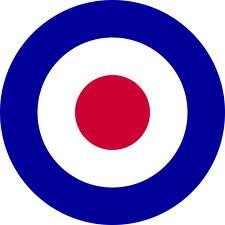 5
Quote O' Matic
Cryptkeeper: "Until the next time boils and ghouls plesant screams -Cryptkeeper"
Added By: System
Tales from the Cryptkeeper
An unhandled error has occurred. Reload Dismiss