Whatever Did Happen to Robot Jones?

The Story of a Misguided Machine
By Notshane
On
Alright, I know what you're all thinking: Whatever Happened to Robot Jones is something that was made in 2002; it's a twenty-first century cartoon and does not really belong on Retro Junk. Well, this cartoon holds more than just a short run and lack of support from Cartoon Network. It holds a story to it, one that is a bit more retro than you could have ever expected from this short-lived cartoon. 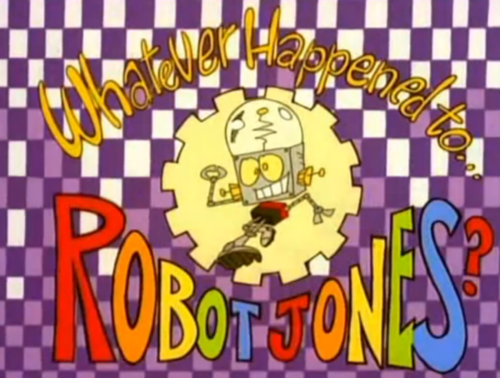 What's to say about Robot Jones? He was simply a robot in some suburban middle school trying to fit in with the main crowd. He makes two friends whom are of misfits like him and makes two enemies that are twin brothers wearing identical clothing; how original. Anyway, along the way he develops a crush on, you guessed it! The computer! Haha, but seriously. She is actually somewhat of a human being named Shannon (whom he is attracted to on account of her abnormally large braces and her prosthetic leg). In one episode he does actually win her heart over after modifying his body so that he becomes just as tall as her plays in the big leagues to impress her; only for his body to suddenly shoot through the roof of course due to some malfunction. Honestly, though, this girl would probably not be able to date any other boys in this show due to her unfortunate overbite, gigantic braces and robotic leg so I don't see why she wouldn't settle for Robot Jones in this scenario. 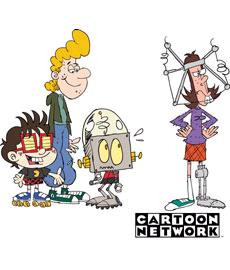 Mmm, look at that sexy piece of METAL.

The pilot seems simple enough. Though there was one thing about this show I enjoyed more than any other show made in the early two-thousands: it's animation style. Don't get me wrong, some shows have probably done this concept once before, but usually it's always with digital ink and paint. Robot Jones, however, did the impossible: The creator DECIDED to make it hand drawn instead of digital ink and paint so that it would feel more like an eighties cartoon; even throwing in how whenever kids shout things you see them in chat bubbles around them in big, bold letters like the way a few of the kids cartoons were at the time. This was very creative and innovative for trying to be like the eighties and I respect Greg for actually succeeding at pulling off such a concept and getting it to air too; even if it was only for twenty-seven shows. I mean who knows: it could have gone farther if it was digital ink and paint; but then it would have just felt like another one of those cartoons that merely attempted to copy the style of the eighties due to how detailed it would have looked. 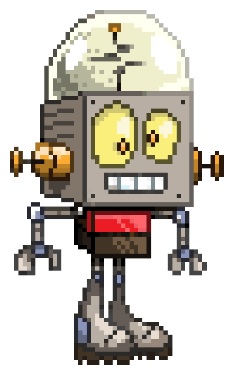 Or maybe they could have went with the video game approach like this.
And one more thing about it before we go into the complicated stuff: the advertising. Well, luckily there isn't much to say about it, though I find it's advertising to be rather interesting. Basically, it's an elaboration thing that explains all the characters and their purpose in the show. Oh, and this commercial actually is styled like a video game, so in a way the show did actually use this concept for it's advertising. I won't really go on to explain the whole commercial here, so if you want to see this commercial for yourself, it is still available on YouTube if you search "Robot Jones Commercial" it is worth the watch as it is somewhat entertaining and is still continuing the show's style of being based off of the eighties such as VHS tapes being used as a source of information, graphical style and so on. 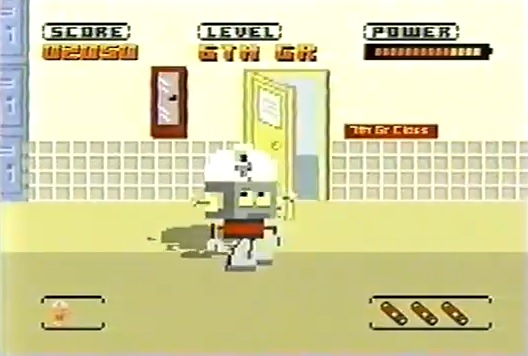 Here is a little preview of what the commercial looks like. Pretty retro looking I would say.

Whatever Happened to Robot Jones is a very underrated cartoon due to it's childish humor and references only someone from the eighties could actually get, though I have to say it's my favorite in Cartoon Network's Cartoon Cartoon series for being true to it's concept and never straying away from it. By 2002, practically most shows switched to digital ink and paint, so it was definitely a surprise for this cartoon to still be hand drawn despite being given the option to follow along the lines of other cartoons at the time. So this cartoon had good ratings, creativity, originality and humor enough for the kiddies to enjoy; so what was the problem?

Development was the problem. Sadly, Greg had to deal with MANY complications to his creation shortly after finishing the second season. The executives didn't give a crap about this show because it didn't win the Big Pick so that makes sense about why they were lazy with it. But hey: they let it air, so why not support the dang show; it's helping you get money for Pete's sake. And if that wasn't bad enough, the show's time slot was CONSTANTLY changed over it's one year run. Poor Robot Jones couldn't find a spot to stay for more than a couple of weeks. And if that wasn't the icing on top of the cake of aggravation, get ready for this: Robot Jones gets a human voice actor. Though I do like his name: Bobby Block. It's cheesy and it goes along with the style of the show, but otherwise he did an okay job but it wasn't nearly as good as the original. And he also REDUBBED All of the original episodes too, so Bobby must have been having a BLAST. Okay, I forgot to explain: Robot Jones didn't have a true voice actor. His voice was actually Macintosh; no joke. This was very creative too seeing as how he is a robot and all. I wish I could have heard what that sounded like, though sadly the last recording of this old machine that is still viewable today is only watchable at the end of the theme song. Anyways, Greg got so frustrated due to all these unnecessary changes to his creation that he literally bailed on his own show; he couldn't take the pressure anymore and just left altogether. I know I would if I had to deal with my creation being changed twenty-four SEVEN without my consent on the matter most of the time. 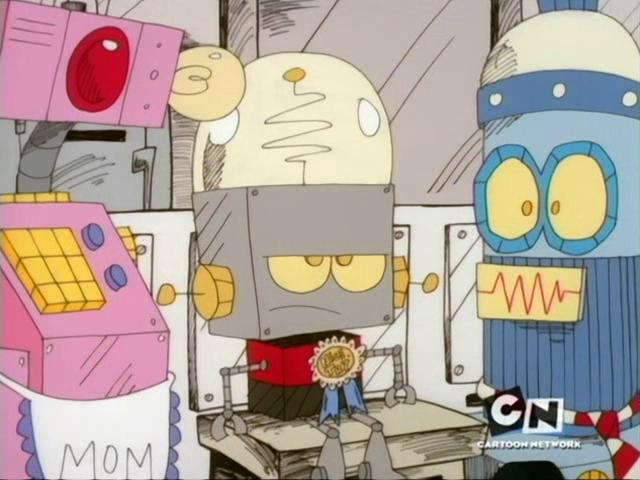 As you can tell, Robot was not too thrilled about being the second out of nine more concepts to be picked up for two seasons due to how many changes he went through.

So in the end, our robotic friend didn't get his full fifty-two episode run; what a pity. But for what it was worth, he did get half of that run. But thankfully, Greg decided to let the second season run as planned so that the show could finish it's scheduled run (remember: the second season was entirely dubbed by Bobby Block; just to let you know). If you're optimistic, think about it this way: sure the cartoon did have only thirteen episodes, but there were two segments in each episode; and thus we actually got twenty-six total cartoons (counting the pilot, that's twenty-seven). Also, this show is honestly impossible to find anywhere ever since reruns ceased, even on YouTube. You can find some segments, but unless Robot Jones' drafting finally ends and we see a DVD release of our robotic companion, or perhaps a Netflix release along with Cartoon Network's other creations that have recently appeared on there, then maybe we can one day laugh at our outcast machine yet again.

So that about wraps up this long story. Like I said before, this cartoon will always have a place in my favorite cartoons list for being very original in both it's animation style and humor. Most shows usually have to change everything upon broadcast, but this show managed to retained what it was meant to be and did not derive from it's concept throughout it's entire run; the only exception being when Macintosh was replaced with Bobby Block. And this show does fit into Retro Junk pretty good because, well it wasn't exactly made in the eighties, it certainly referenced it enough to be worthy of having a place here. Though if this place is not really about current shows referencing the eighties, then I guess it would make sense if most of you would disagree with my opinion here; I was just trying to point out that this cartoon's entire concept was basically that of an eighties cartoon by flawlessly copying the humor, animation style and quality of such programs at the time. Anyways, that's about all I have to say about this cartoon. I wish it had a longer run, and more advertising, but it's too late to make these decisions now.
7
Login To Vote!
More Articles From Notshane 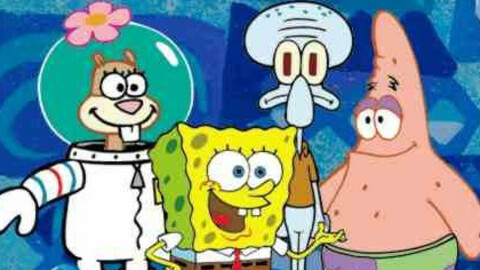 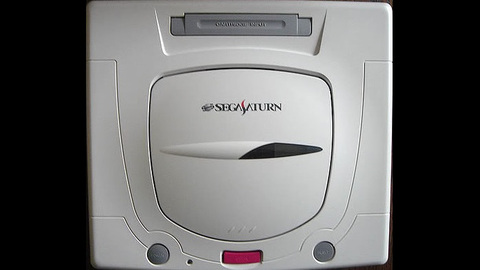 9
Notshane
Saturn: Future before the Future
A look at the system's reputable capabilities.

8
Quote O' Matic
Timon: "Bad things happen, and you can't do anything about them."
The Lion King