Memories of a childhood hero
By Hoju_Koolander
On
"Who knows what evil lurks in the hearts of men?" I would say that a good 80-90% of my fellow Retro-Junkers have no idea how to answer that question, so allow me to do the honors: "THE SHADOW knows-AHAHAHAHAHAHAHA!" 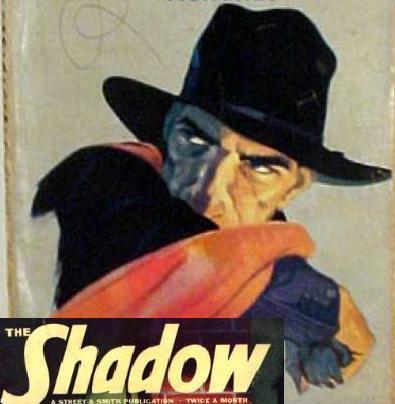 The mysterious avenger clad in black trench coat, wide-brimmed hat and blazing red scarf was a childhood obsession for me, at a time when being a fan of a 60 year old pulp detective hero was most certainly out of fashion. I grew up during years that brought us He-Man, Captain N and Batman: The Animated Series, so how did I end up becoming a supporter of an invisible hero with a penchant for fits of maniacal laughter? Read on faithful Retro Junkie and enter, if you dare, the mind of a young man from the year 1992.

When I was came into the world, my Dad was already middle-aged. Born in 1941 he had plenty of stories to tell about "the good old days" and they usually revolved around Uncle Scrooge comic books or Howdy Doody. I wasn't terribly interested in either. I liked super heroes or at the very least, people in costumes acting heroically. Dad got points for having my Grandma make him a Batman costume one year for Halloween, but it wasn't until he mentioned one of his childhood heroes, The Shadow, that I started paying attention. 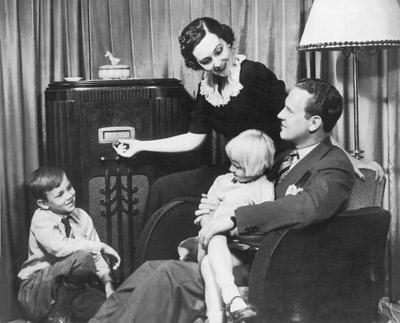 Dad told me that there used to be this thing called a Radio Show. It was like TV, except all you heard were the voices and sound effects, there were no pictures. In fact, there was a time when TV didn't exist at all-ASTOUNDING! 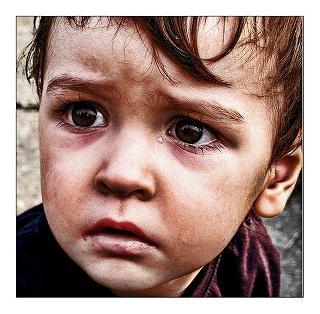 People would rush home from school and work to stare at a speaker attached to a wooden box and imagine what the voices they were hearing looked like. Those poor, unfortunate souls (copyright The Walt Disney Company, 1989). 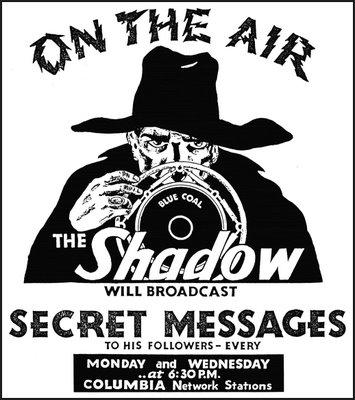 But getting back to the point: One of the most popular programs of the 30's and 40's that my Dad listened to was a super natural crime fighting adventure show called The Shadow. The Shadow was in reality Lamont Cranston, wealthy man about town, who many years ago in "The Orient" gained the ability to cloud men's minds (basically making himself invisible to people). He now used this power to fight crime in America, appearing as a voice to criminals and taunting them into surrendering or confessing to their crimes. Awesome!

Dad told me that a local news radio station KNX 1070 in Los Angeles played old episodes of The Shadow at 9pm on certain nights of the week and I could hear it for myself. And that's exactly what I did. I'll never forget sitting in my Dad's 1966 Mercedes and turning on the old school radio to tune in, hearing a nasaly and sinister voice declare "Who knows what evil lurks in the hearts of men? The Shadow knows, ahahahahahahaha!" It was a life changing experience. 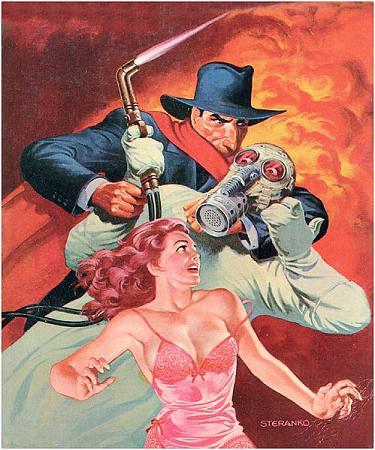 Hearing Lamont set up the trap for the bad guys with the help of his girlfriend Margot Lane and the commotion of gunfire and psychological games that The Shadow played with the crooks was so much fun. I would be heard asking from that point on, "Dad, is The Shadow on tonight?"

A couple nights a week wasn't good enough for me, so my Dad found a bookstore that sold cassette tapes of The Shadow and soon I was listening any time of the day. There were stories about Killer Monkeys and Haunted Houses, all accompanied by creepy organ music.

Plus they kept in the old commercials, so every 10 minutes you were hearing about heating your home using "Blue Coal" and how a friendly Blue Coal dealer would come to your house for a free demonstration..."and now back to The Shadow". Soon I was real radio show devotee. 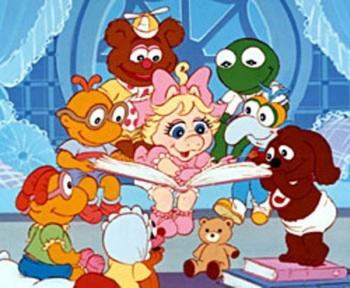 The whole experience actually brought me back to an episode of Muppet Babies where a rainstorm knocked out the TV in the nursery, so Nanny told the Kermit and the gang about Radio Shows and told them they could imagine stories for themselves. I knew I wanted to do that for myself too and soon I was inviting my friends over to make our own radio shows.

With my buddy Chris I did a series called "Journey Into Mystery" (a stolen title from an old Marvel comic) where we told science fiction stories in the old style. My favorite was one about two reformed criminals who were sabotaged by a crooked Judge that put a space rocket engine on their airplane that shot them up into space. They were captured by aliens and led a revolution with freedom fighters such as Elvis and John Wayne joining them in battle. We even put in our own commercials from fake sponsors, it was way fun. 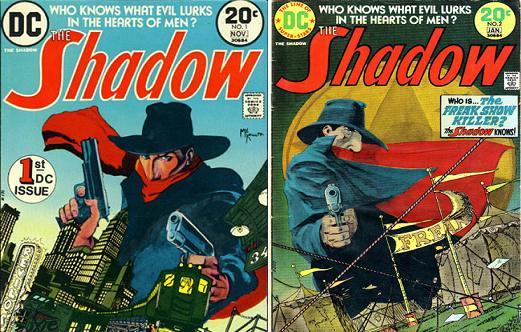 In the meantime I found out that DC Comics had put out comics books featuring The Shadow in the late 70's, so I jumped on over to my favorite comic shop and picked up a few issues. I even ended up with a copy of issues #1 and 2, that had some great cover art. But still I was aching for more and soon my prayers were answered. While reading Wizard magazine, I found out there was going to be a movie of The Shadow! I promise you, I was the only kid in the playground that cared about this movie. Power Rangers were all the rage and The Shadow did not ride around in a robot dinosaur, I can tell you that much. 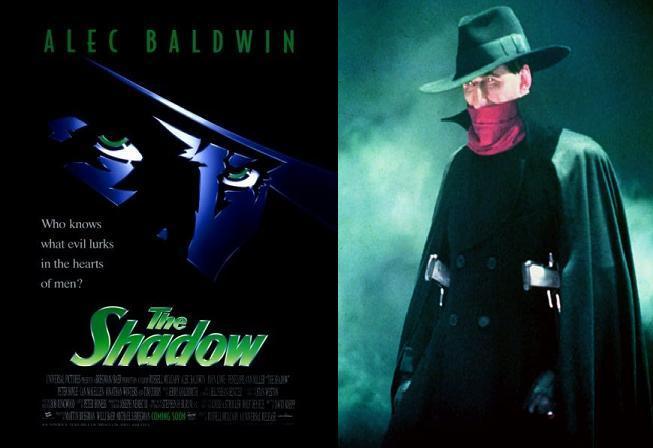 The movie came out in 1994 and starred Alec Baldwin and Sir Ian "Gandolf/Magneto" McKellan. Of course my Dad took me to see it in the theaters and it was totally awesome. Well, WE thought it was awesome. It didn't fair too well with the critics or audiences. It's not too much of a surprise, I mean, nobody except old folks even knew who The Shadow was and I guess the one segment on Entertainment Tonight wasn't enough promotion for the film (but I taped it and watched it over and over again). They did however make an attempt to market the film to kids and that meant ACTION FIGURES! 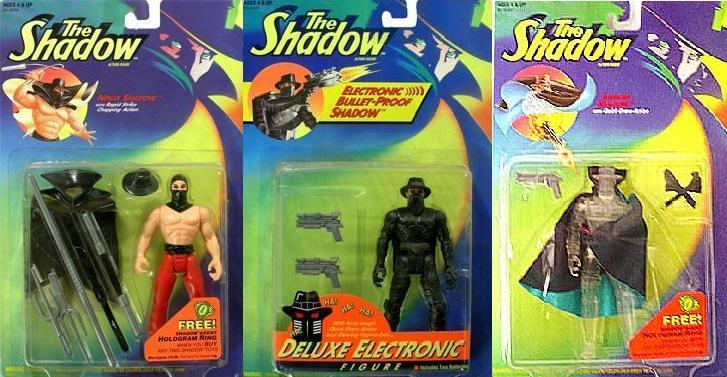 I actually didn't find out about the toys until a few months after the movie came out, but that ended up being to my advantage. Since the movie tanked, all the figures and vehicles ended up on the discount aisle at Toys R Us. I was able to get almost the entire series and the carrying case for hardly anything. I even sent away with two proofs of purchase for the mail-away Hologram Ring (I'm probably the only one who did). The funniest figure was Ninja Shadow that featured our hero in red pants, shirtless but with a large flowing cape and hat. It was ridiculous, but the transforming Lamont Cranston/Shadow figure was awesome.

I even joined the official fan club and became an agent of The Shadow. I sent in my membership papers and got back specially marked envelope containing an agent conduct manual, embossed ring and newsletter. It was just like Ralphie in A Christmas Story with his little Orphan Annie Secret Decoder. I always wanted to order a replica ring like the ones the agents wore in the movie, but I wasn't very good at saving money, so my little tin fan club ring had to suffice. I continued to receive correspondence from the fan club for a couple months, but having never been contacted to help The Shadow fight bad guys, I decided not to renew my membership. I did however have one last moment in time to show my appreciation for my hero. 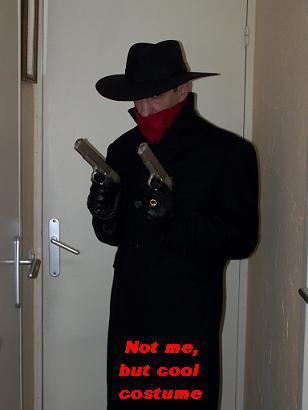 Halloween 1994. There I was, emerging from the darkness of the hallway ready to wow the folks at the church Halloween party. They were less than impressed. "Are you cold?" "Why are you wearing a scarf?" "Are you a flasher? That is not an appropriate costume". Ah well, at least I knew I was awesome. It's still my favorite costume from my childhood (Buckethead is my favorite outfit from my adult Halloweening). 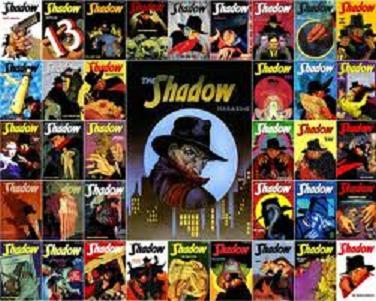 So that's my story. You'll notice I didn't give you very much history on The Shadow character himself. That's because I want you to discover the eery adventures for yourself. Check him out on Wikipedia, listen to the radio shows on youtube, rent the movie (it's fun) or get ready for the upcoming re-make to be produced by Sam Raimi of Spider-Man and Evil Dead fame. Adventure awaits and always remember "The weed of crime bears bitter fruit". HOO-HOO-HAHAHAHAHAHA! 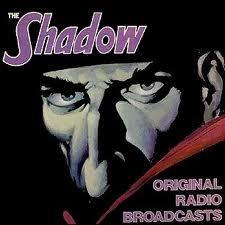